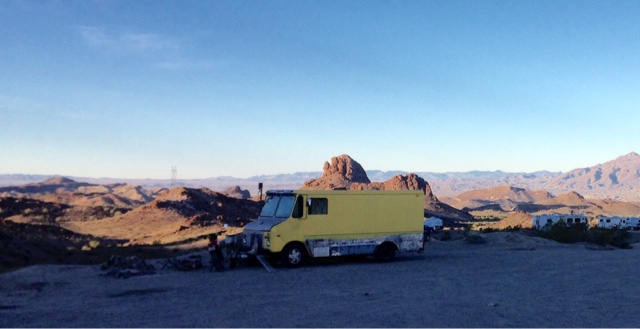 Ah.  Sunday morning.
This is the view from my Prius looking at my neighbor in his modified step van.  Today I will do some looking around Havasu.  I woke this morning, having decided to go somewhere tomorrow morning, yet to be decided. 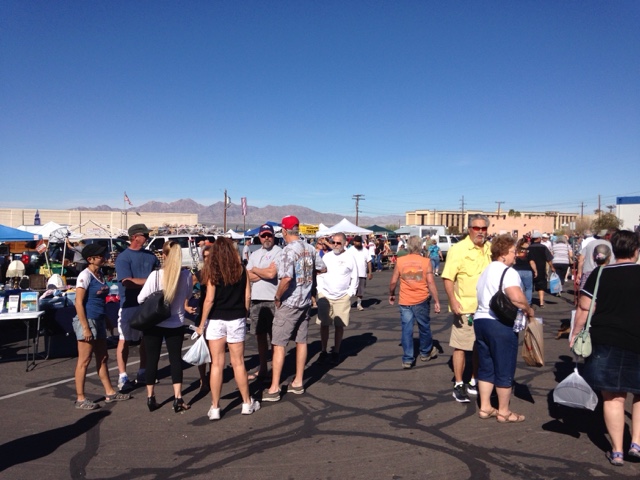 First stop the Havasu Swap Meet.  (See separate post on my visit to the swap meet) 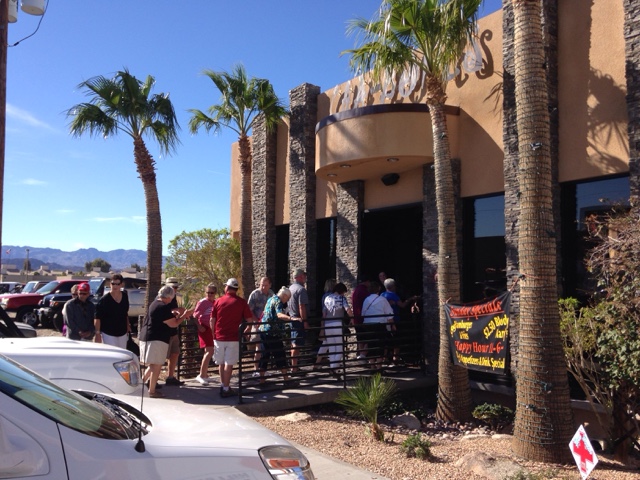 A line to this restaurant for lunch next to the swap meet? 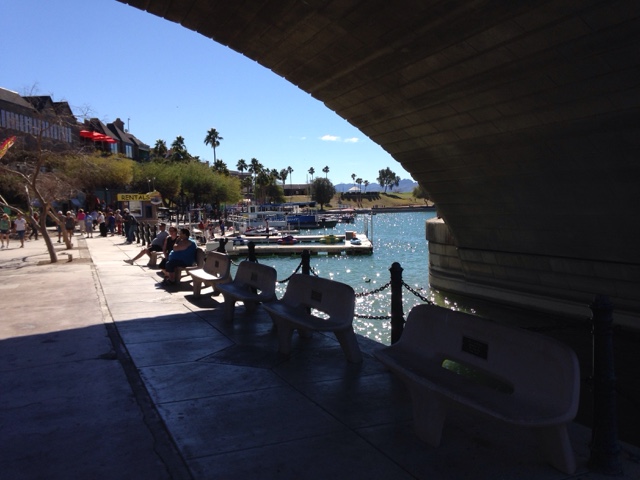 My walk to and from the swap meet took me past the London Bridge.  A guy was sitting on the permanent stage under the bridge playing to an audience of one, but I was just walking by. 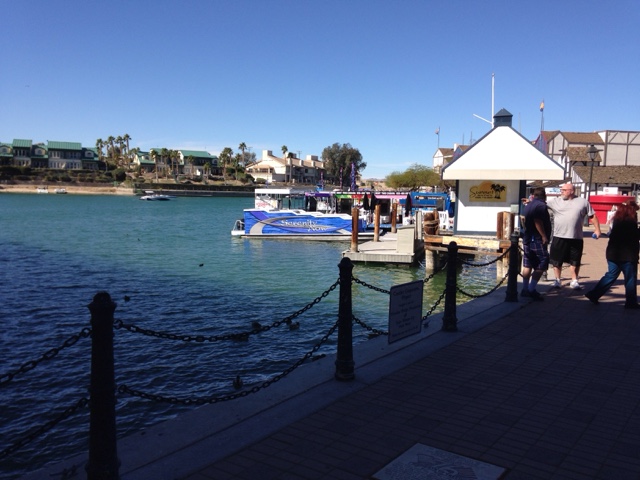 Later there will be people lined up to take boat ride on the lake. 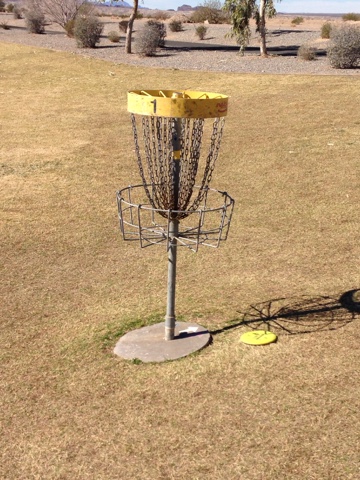 I headed over the London Bridge to the second of two disc golf courses on the island connected by the bridge.  The other being undeveloped and no baskets and I didn't want to play at Sara Park.
This course is in a grassy park with an upscale housing area on one side.  People walk along the edge here so you need to be mindful off when and where you throw.
Above the lay of my second through on a par 3 course.  Yup, a drop-in for par. 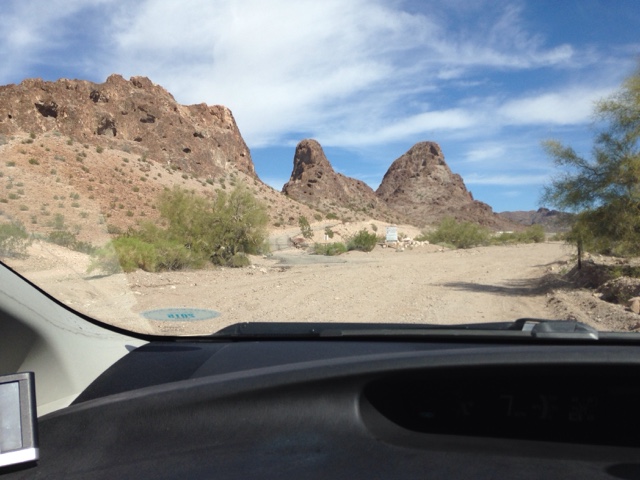 I went looking for John and his red Prius. Here is the wash he said he would stay at if he was here.  It is tough for a Prius for clearance of the crown in the road.
I documented the four Prius vandwellers in a previous blog that were at the RTR and John, with the red Prius, had said he planned to attend the fireworks.
I couldn't find him.
The afternoon turned very windy with sustained winds around 20 mph and gusts to 30. 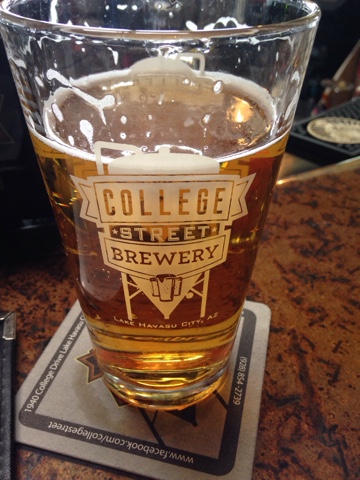 My next stop was to the College Street Brewery.  I lucked out getting the last seat at the bar as there was a 45 minute wait.
To my right were three 40 something woman together and to the left was a 50 something woman talking to a 60 something guy.
The woman to my left with the guy was trying to book a hotel in Laughlin, NV.  North of here on the Colorado River.
Her iPad would not connect to WIFI as it only had 10% battery left.  So she was using her iPhone but was having trouble, so I gave her the number to talk directly to the hotel.  She was traveling on business and left with the older guy.  I believed that they knew themselves from business, as there didn't appear to be any connection other than an acquaintance. 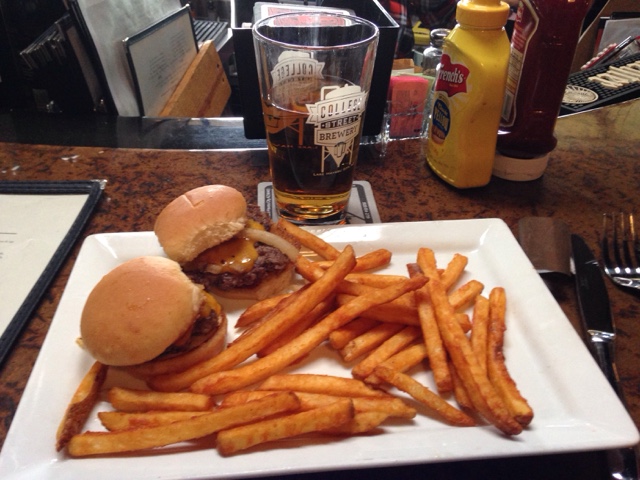 I was going to just have a couple of beers, but as time went on I decided to get the slider order to go.  As time passed I ordered it to go with my second beer.
I got the bill for and I saw that my bill was $12.00 including tax.  The beers were $2.00 each as it was happy hour.  Such a deal.
In Massachusetts where I live happy hours was made illegal many years ago as our liberal state believed that happy hour would create overindulging.  So alcohol can not be discounted.
I had thought about going to see the fireworks a second night in a row but the strong wind didn't want to settle down.  Wind isn't good fireworks, especially when it's strong.  I passed going for an encore. 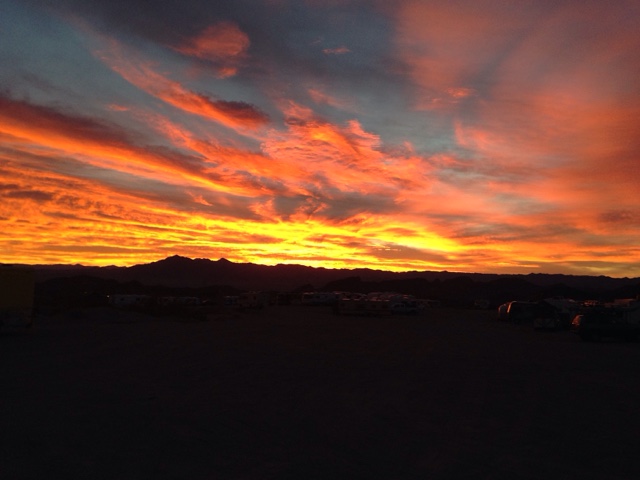 Above the sunset was as beautiful as the sunrise.
On to new location and adventures tomorrow (Presidents Day).
Brent
macaloney@hotmail.com
Posted by Brent’s Travels at 4:49 PM