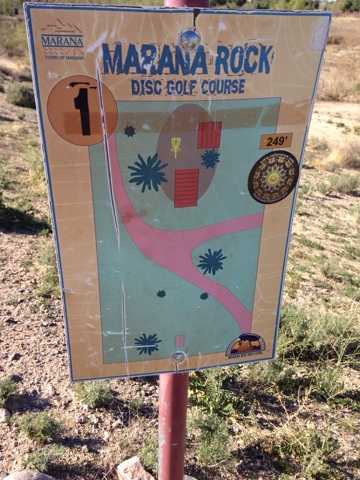 My heart was set in playing "The Rock".
I got there and started the course just after a couple 20 something guys. 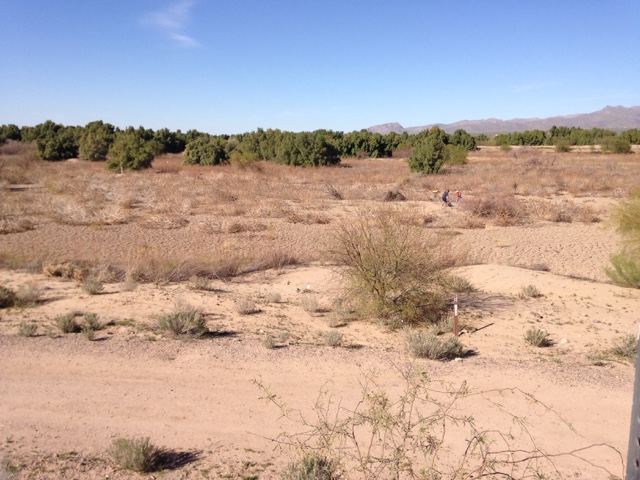 The first thing I check was to see if the water was low in the retention basin that the course is played around.  During the monsoon season the course can be mostly flooded.
It was mostly dry, with water only on the end where there are no baskets. 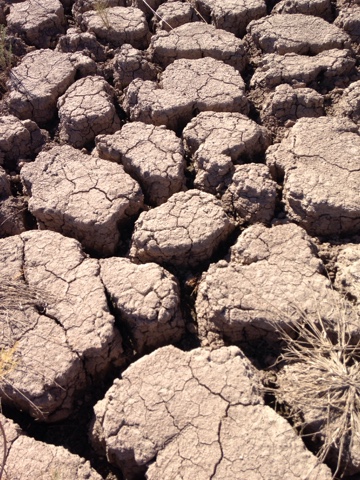 Where the water had been and dried it created this patchwork with huge crevices.  Very interesting and different. 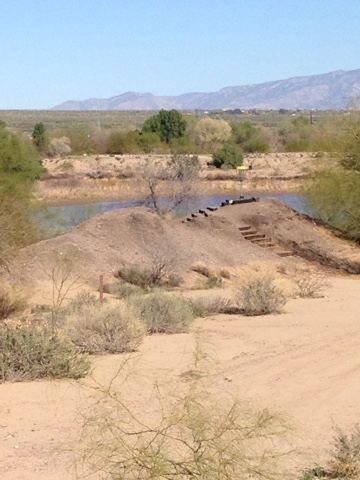 There is a basket on that hill and its hard to play so you don't overthrow the basket.  If you lay up on the hill and don't try for the basket it may be better than putting up hill and overthrowing missing the basket. 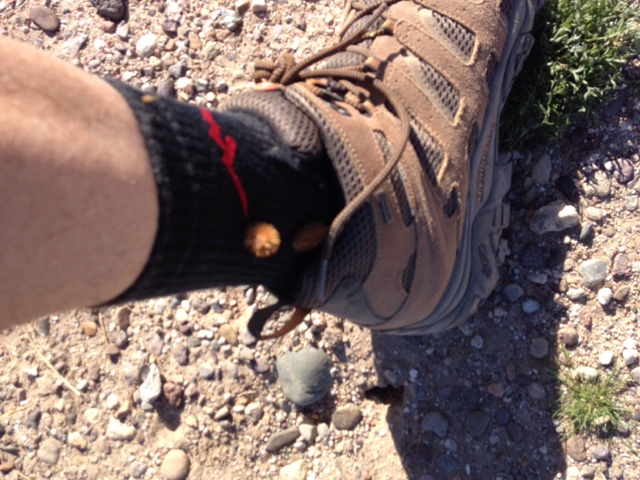 Then major disappoint.
The course was left to overgrow with bushes now dried out with these pods with spines that are sharp and hurt to touch.
The guys in front of me ended up letting me pass them on the 6th and they got lost on the 7th.
I met them on the 8th tee (no basket) and they were going to play by imagination I guess, while I wondered the back course to find what was left.
The 9th no tee sign and no basket and so on until.... 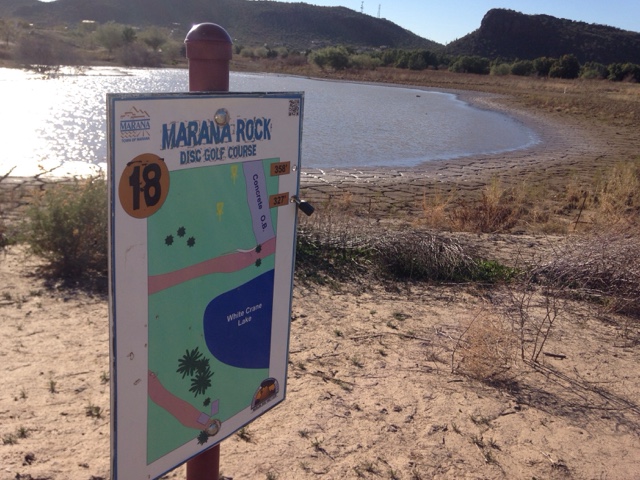 I found the 17th and 18th where they were intact, where I played them.
Therefore the course is 1-7, 17 & 18
This used to be a great course that was maintained with some wonderful challenges.  Now it's a mess.
I was so looking forward to see how I could do playing it this year.  Many of the other courses in the area are situated around parks so they don't offer much chalange.  I will go to all of them as there are a few that I haven't played in the area.
Brent
macaloney@hotmail.com
Posted by Brent’s Travels at 8:54 PM