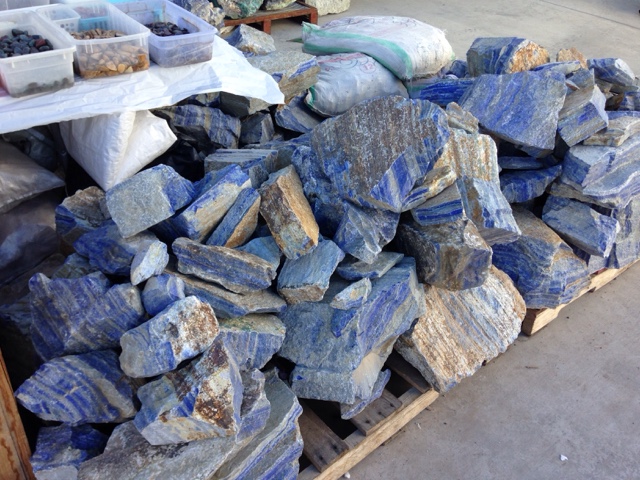 Quartzsite attracts people for many reasons and as a winter getaway where there is cost effective living may be the main one.  Another one is the mineral show.
There are so many beautiful brightly colored rocks and gems like the blue ones above. 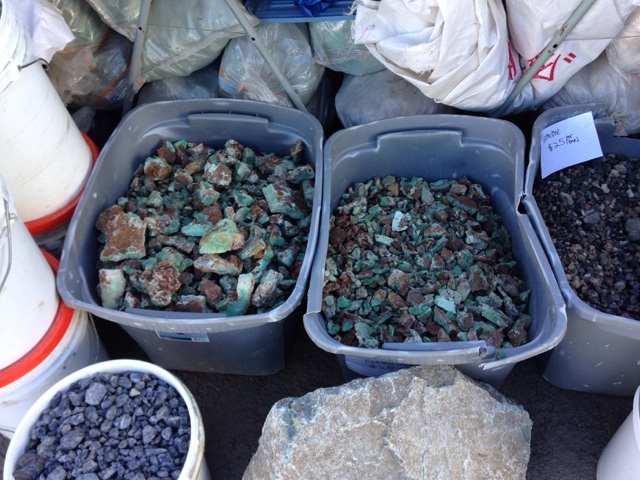 While scouting out the area before "The Big Tent" event I walked up and down and around many places selling rocks and gems from all over the world. 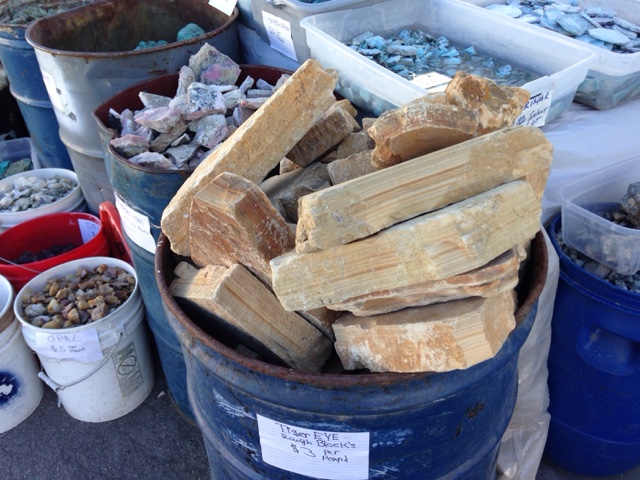 As I walked around there were more and more bins of rocks I assume that would be purchased by artists to make into jewelry. 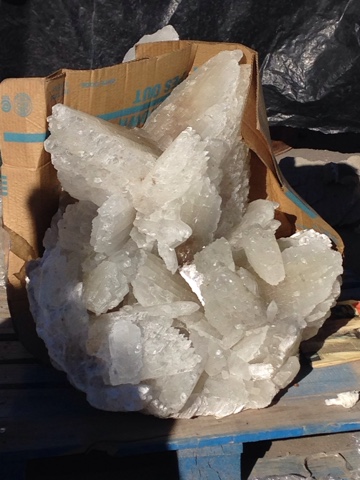 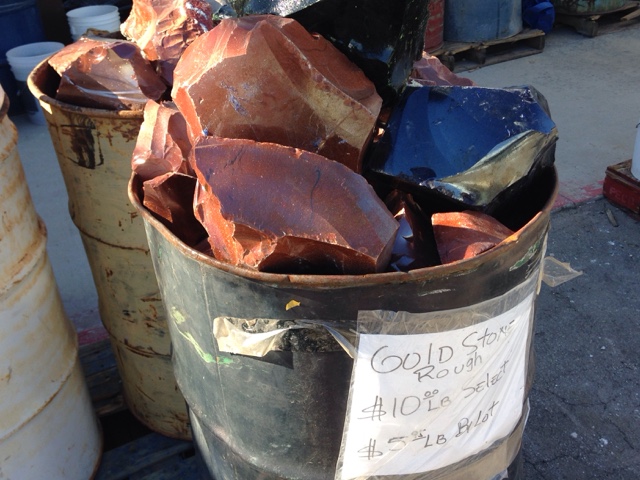 Even barrels of rocks all sold by the pound. 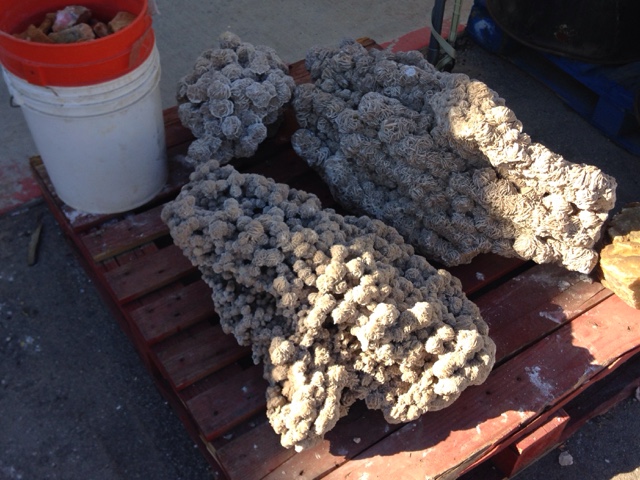 Hunks of coral on skids. 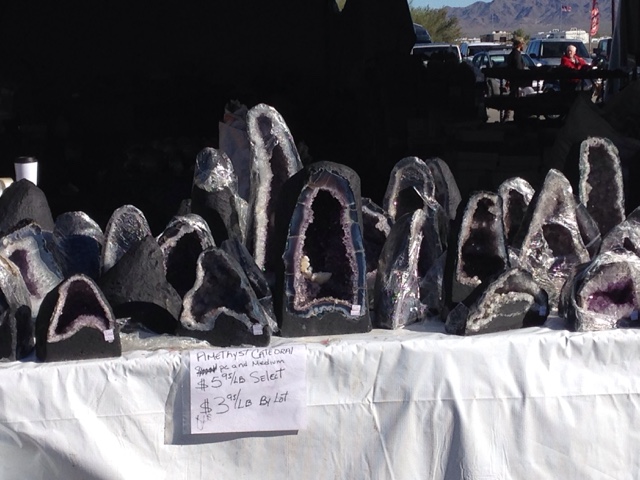 Purple geodes nicely cut in half to end up in a store near and far. 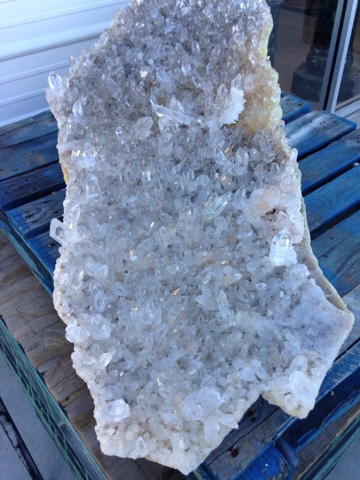 By the time I got to this slab of crystalline I was depressed.
While the pieces I have seen during my walk today started off being rock that happened to be a pretty color, by the end of my walk I could visualize men in caves using sledge hammers to break up gorgeous structures like the coral and crystals that nature made that can never be replaced in anyone's lifetime.
I have been here before in Quartzsite and had similar walks years ago through this same area and never felt this way.
Since my first Travels back in 2014 I have developed a much greater appreciation for our earth and what collectively we are and have been doing to it.
I know in part I feel this way because of trying to live a minimalist life while traveling in my Prius having downsized from my Class B.  My feelings have also changed because of podcast like this BBC one:

Why are Chinese fishermen destroying coral reefs in the South China Sea?

http://www.bbc.com/news/magazine-32329681
I know that money makes the world go around and our economy is based on consumption of stuff and if we all cut stuff out of our lives the economy would shrink and people would be out of work, but I'm fearful of the cost to our world and future generations.
Just look at what the unintended consequences of fracking has had on Oklahoma.

http://www.cbsnews.com/news/town-hall-meeting-about-oklahoma-earthquakes-gets-heated/
I can only hope that we will become better stewards of our planet sooner than later.
Brent
macaloney@hotmail.com
Posted by Brent’s Travels at 6:07 AM