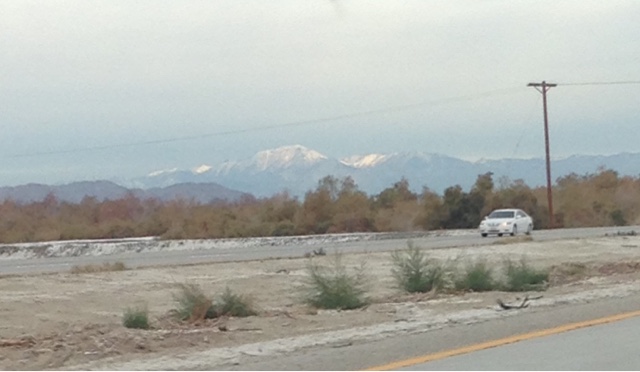 I left Ocotillo Wells Saturday morning with the goal to surprise my granddaughters in Monterey, CA with my early arrivalSaturday night.
I had originally planned to arrive early in the week but I wouldn't have much time with the granddaughters until the following weekend due to school.
I had received a phone call from the west coast family Friday evening with my youngest granddaughter pleading for me to get there.
So I got an early start Saturday for the 7 hour drive to Monterey and headed up the west side of the Salton Sea through Mecca and picked up I10 in Indio.  You can see snow in the mountains from here. 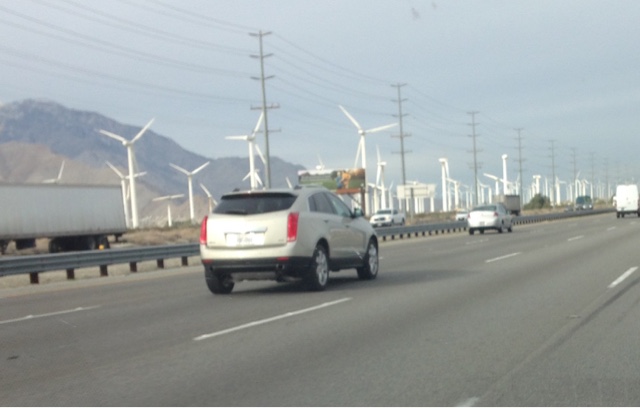 Soon I was in Palm Springs, passing the sign to Joshua Tree (National Park) and Twentynine Palms.  Then passing through the many windmills.
Then I got a call from my West Coast son who is a Marine Officer, and who was tracking my progress live.  He asks if I would head to San Diego and look at a couple of houses for him and his wife.
They are looking at buying a house in San Diego as he has received orders for his next assignment there.
I will do just about anything for my two boys, so getting the request I take it seriously. I obviously said yes.
Now I had driven for nearly 2 hours and nearly 120 miles north, my saying yes meant heading back south to San Diego another 120 miles and 2 hours to meet the realators during open houses in the afternoon.
A quick mental calculation gave me a two hour leeway that I could use to stop in Escondido, CA at the Kit Carson Park to play disc golf. See separate blog about my disc golf stop.
I was only a few miles away from CA60 to pick up I215 in Riverdide to head south to I15 to San Diago.  I made the turn and if all goes well and I hold up I still could arrive in Monterey by midnight even with the extra driving. 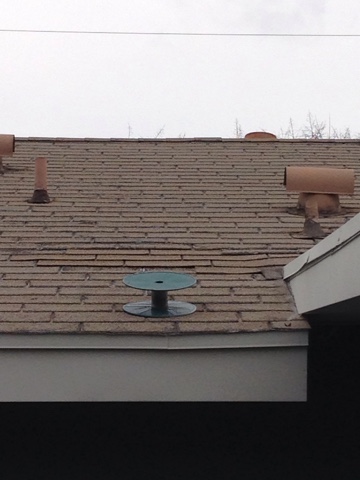 At the first house I met Marlene, who was not the sales rep for the house but showing it.
Right off the bat I found the roof was near the end of its life.  You can see shingles were replaced where other main roof transitions to the extended summer room.  This is often done because of a leak.  A close look shows significant shingle wear.
The problems didn't end here.  The once screen room was made into s room and it appears to have been done without a permit.  A quick look shows that there are no outlets on 3 walls. Basically the people that flipped the house were selling it with out the new square footage being added to the tax roles but never doing the work to code.
Marlene was very nice and she liked me looking over the house.  I have her feedback as I uncovered them. 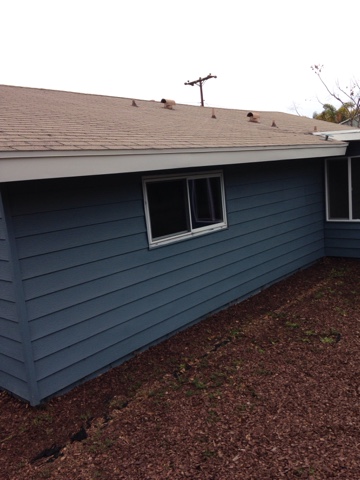 In addition to the above, the plastering was terrible.  Big textured marks that weren't sanded and walks and ceiling were not textured.  Painting inside was done without removing switch and outlet plates so pain were on all of them.  We couldn't find the thermostat.  We figured they just plastered over the hole that must have been in the hall.  Also there was no attic access.  The washer and dryer connections are in the garage that is attached but without access from house.  So all laundry would have to be hauled outside to the attached garage.
The vinyl siding was just spray painted with overspray visible in places that were obviulous. 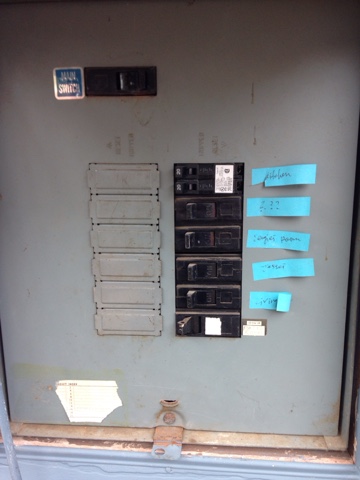 All these houses built in the 60's have 100 amp services.  If you have a gas stove and dryer this isn't a problem, but if you have a stove it is 50 amps and a dryer is 30 amps so at 80 amps used up with two appliances there is no ability to run air conditioning if you put one in.  The first house had both appliances has so there was no issue. 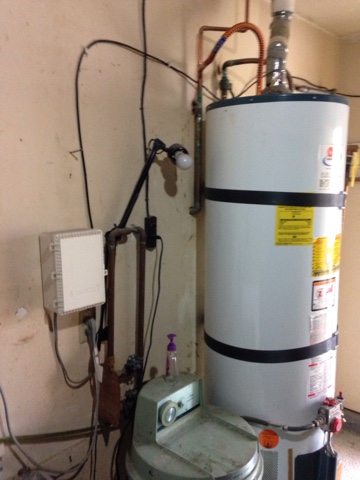 On the good side is the neighborhood.  If someone was to by they need to get the permitting fixed and then get substantial discounts from asking price to fix the issues.
At the second house I met Daniel and he was also nice about my house inspection.  This house was about 1.5 miles from the first.  Right off the bat the house was built better and had much nicer landscaping.
The house was updated without such problems found on the previous house.  The roof was new and inside plaster and painting was done correctly. There were newer Windows and insulation policy in attic.
The biggest problem with the second house was the electrical service as it too only has a 100 amp service and the stove and dryer were both electric and my son wants to have A/C put in so the appliances would have to change or the electrical service would have to be upgraded to at least 150 amps.
My son and daughter in-law have put an offer on on another house in this same area and they wanted input on these as possible backup.
I suspect I may be asked to check other places while in roaming the southwest if their offer is not accepted.
I finished looking at the two houses at 2:30 and started heading to Monterey again with a 7 hour eta without stops.
I drive for four hours and spent Saturday night in a rest area on I5 as I was too tired to continue.
Brent
macaloney@hotmail.com
Posted by Brent’s Travels at 9:14 PM