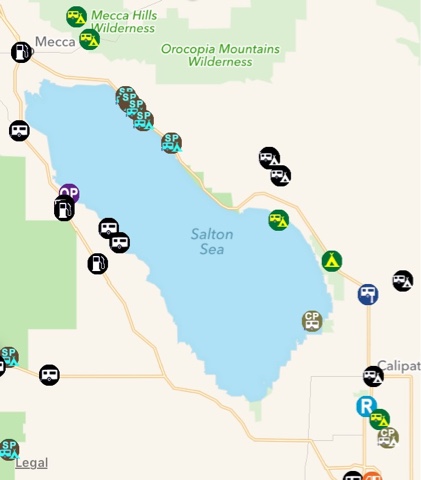 (picture from AllStays App)
I decided I wanted to explore around the Salton Sea by driving around it.  It is  one of the world's largest inland seas.  It is 45 miles long and 25 miles wide.  It is also 227 feet below sea level and one of the lowest spots on earth. 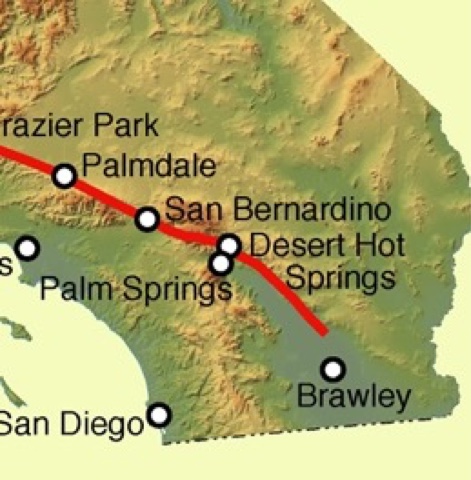 (Picture from web photo)
The San Andreas Fault goes through the Salton Sea.
It was last flooded in 1905 by floods that escaped engineers from irrigation canals.
With that knowledge it sounded like an interesting adventure to drive around it. 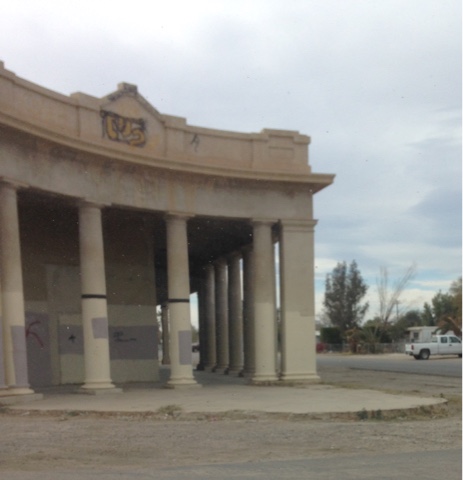 My starting point was Niland, CA.  This is where the road from Slab City where I was staying.
Niland is a very small town with a railroad intersection.
It is also a place with modest homes some abandoned and some in severe disrepair.
The Greek Revival building above is interesting but abandoned and in disrepair.  To me this is one of the most prominent buildings in town.

Going north on the 2 lane highway called CA111 on the east side is desert and boring.  You do pass a wildlife area that I checked out as it had free camping but I decided to pass staying at it.
You pass through a border patrol station just north of this where everyone stops for inspection.  They walked the sniffing dog around my care as the guy at the front of my car asked me questions.  With no dog hits I was on my way passing the Niland Landing I have already written about.

Off to my left I can now see the Salton Sea. 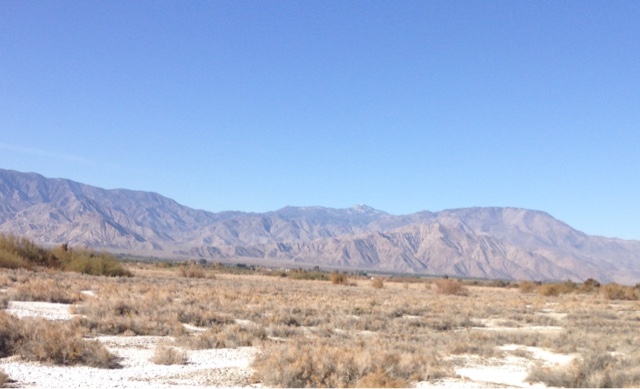 To my right are mountains.  I pass a road to a hot springs resort on the right.  Right after that there are a series of state parks along the edge of the Salton Sea with only a few campers at each.  I still can't get the dead fish and smell out of my head. 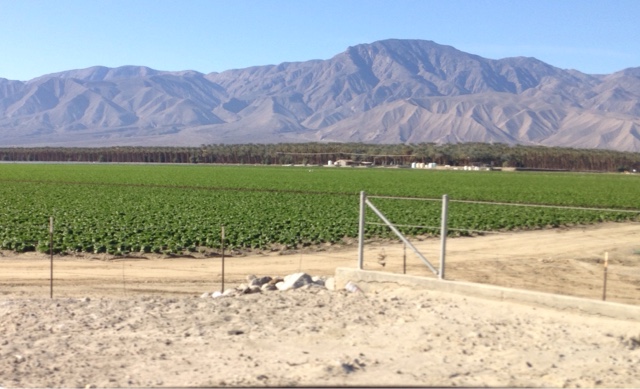 At the north shore I arrive in Mecca, CA with newer buildings and stores.  It also has active farms that are a welcome retreat for the bland desert from Niland to Mecca.  I cut across to CA 86 south here. 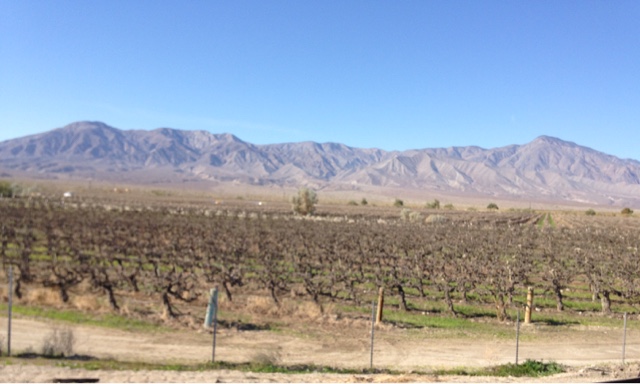 I spot one of a few vineyards in the area along side the 4 lane highway.  I am now on the west side headed south on CA86 and you can see that there is more traffic between Palm Sorings, CA on I10 and El Centro, CA on I8 as the road is better.
I pass a number of towns headed south but this road bypasses most of them.  I just keep moving along as this road is higher in elevation with mountains on this side too, there isn't much to see leaving the Mecca area as it turns back to desert again. 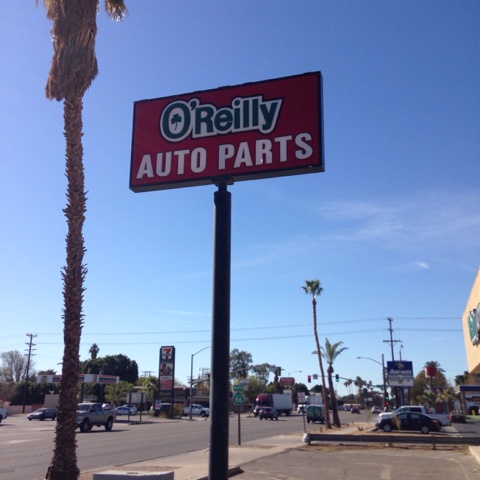 I arrive in the town of Brawley, CA. It's a larger town and younknowvtjos because of it having a Walmart.
I stop for some groceries at VONS and then hit up McDonalds for a drink and bandwidth.
Next door to the McDonalds is an auto parts store.  When my car was serviced at the Toyota dealer in Tucson I was told my wiper blades were torn and needing replacement.  Well in fact they were and I decided to stop for the new blades. 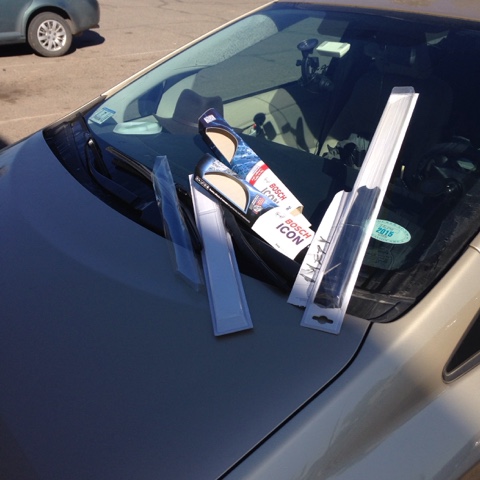 I'm putting on the new blades in the auto parts parking lot as I don't have the room to carry them and then I will be left with the trash.  Good thing I did the replacements here as the drivers side went on fast and the passenger side was a problem.  I found the wiper they gave me was the wrong one and I walked back in and got the right one.  I was glad I hadn't left.

I picked up CA111 headed north again past the lush farm fields of the Imperial valley.  Here is s picture of workers riding the machines harvesting something. 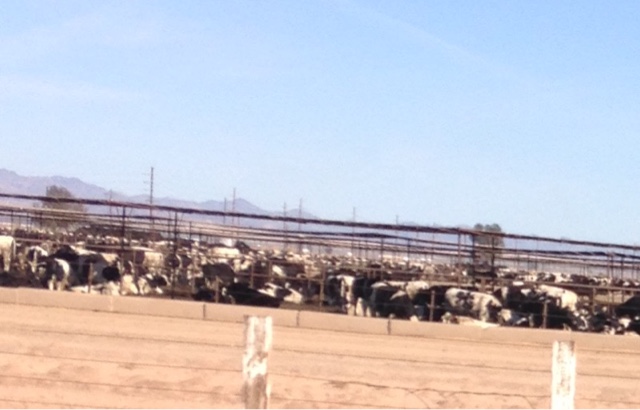 On the other side of the road is a stock yard about a quarter mile long. 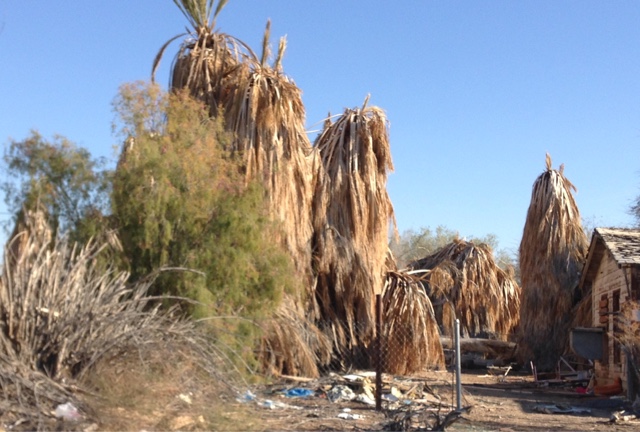 I'm now back where I started and this is the yard of one abandoned house in Niland.  There is a house in back of those  palm trees. 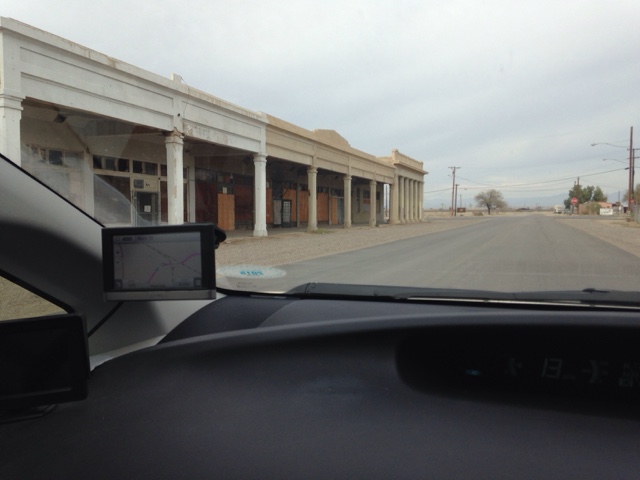 Here is the side view of that Greek Revival building that I first showed above.
Overall driving around the Salton Sea wasn't worth the time as there was very little to see.
Brent
macalonet@hotmail.com
Posted by Brent’s Travels at 10:47 AM