Russell Cave National Monument is only a few miles from Stevenson, AL, where the SE GTG was being held. 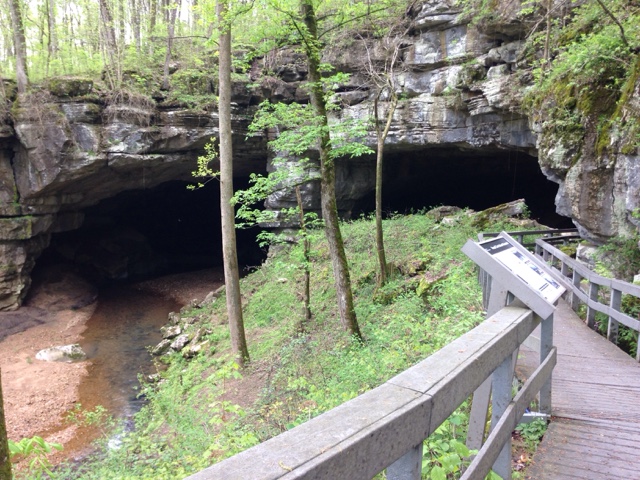 People who travel often overlook National Mouments and National Preserves like Little River, when they can be as interesting as National Parks and many do not have fees like Russell Cave.
Above two caves are here.  The on the right where many ancient civilizations lived and the left is where the river that comes out from under the ground under where I'm standing enters into the large cavern not open to the public. 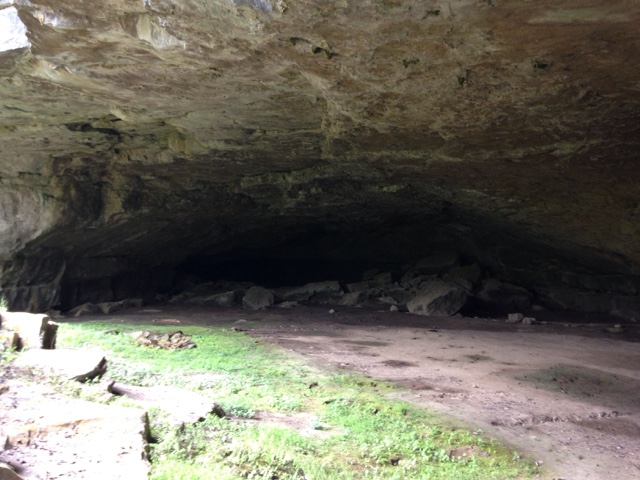 Archeological digs in the cave on the right back in the 1950's and the use of carbon dating that had just been invented became a site that found many items dating back centuries.  Some are on display in the visitor center. 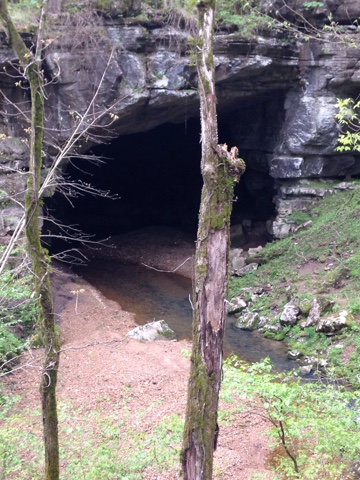 This cave with the river going in caused me to think about where I comes out and that there must be many caverns inside.
There was no information on this so I spoke to the ranger in the visitors center and she took out a map from the back room that showed the many caverns.
She has been in about 3 miles and ther are many rooms and places where rivers merge under the limestone rock.
They used to allow people to explore inside but stopped the practice over concern for their injury.
I was thankful to her for taking the time to explain and show me this map.
Brent
macaloney@hotmail.com
Posted by Brent’s Travels at 12:09 PM