Helping To Install A House Toilet 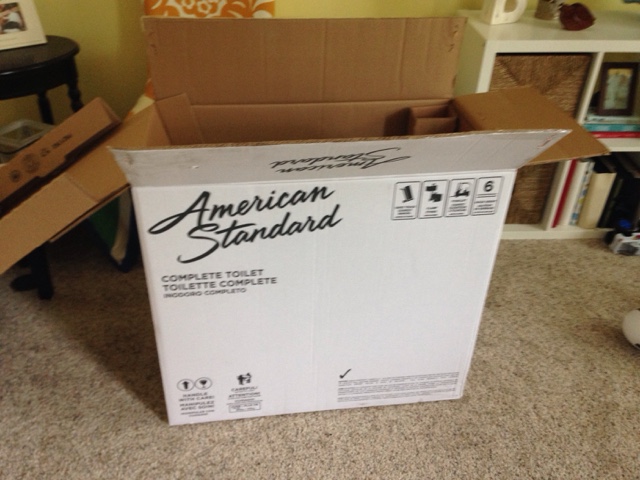 My son's friend in MD had a problem.  His first floor toilet was getting clogged from his his young son's usage.
The last straw was the overflow that leaked through the bathroom floor and ceiling in the basement.  He asked my son to help him install a new toilet in its place.
Since I was around and knowledgeable on the subject, I consulted and helped with the install techniques.
The three of us went to Lowes and the friend picked the toilet that was highly rated and had been tested in flushing golf balls.
At the same time, the friend also upgraded to an elongated bowel. 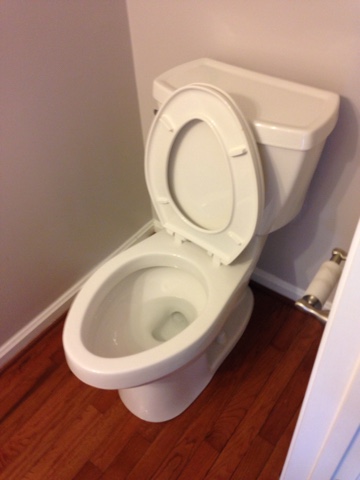 The friend had prepared the removal of the old toilet to save on time and he wanted to do the install.
There was only one problem with the install and that came from the flange that was originally installed in the floor.
The flange has key-hole slots that were 90 degrees out of alignment from what we expected and what was on the instructions.
We needed to use the side slots that were previously used on the previous toilet.  What happened was that the new bolts didn't grab on the bottom of the flange so the toilet couldn't be tightened down.
The new bowel needed to be removed when we couldn't tighten it down and a new wax gasket was installed.  Luckily we had bought a wax ring, not knowing the toilet came with one, so we had a backup wax ring to reset the toilet after we got the bolts to grab under the flange.
When I come to visit my son and family I never know what project I may get involved with.
It's all good.
Brent
macaliney@hotmail.com
Posted by Brent’s Travels at 6:42 PM