How To Live In Your Prius - Yes You Can!

Like most vandwellers starting off I did my research, found a rig that I thought met my needs, and hit the road.  I found my Class B Campervan in the late fall of 2013, just before I planned to retire at the end of the year.  January 2014 started my first year of travel adventures. 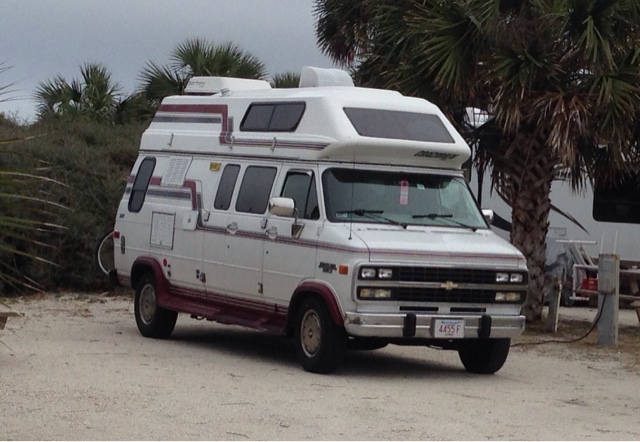 My 1994 Chevrolet G30 Coachman Class B Campervan was a great vehicle that was generally well maintained but I had lots of ideas to fix minor things and perform upgrades.
Driving it took some getting used to as its raised roof added high center of gravity.  It also was hard to drive in strong cross winds.  The weight of the vehicle challenged the brakes going down very long grades, requiring the use of lower gears.
I was able to overcome driving the Class B but could not overcome the 10 mpg and paying nearly $5,000 in gas for 3.5 months.
Near the end of my 2014 trip I was calculating the value of driving any distance based on the cost of fuel.  I started to think heavily about my carbon footprint.
When I returned home that year I had decided to sell my classic Class B Campervan.
I had thought about Prius traveling and I communicated with one person about his travels in his Prius and how he did it.  It became my goal for future travels. 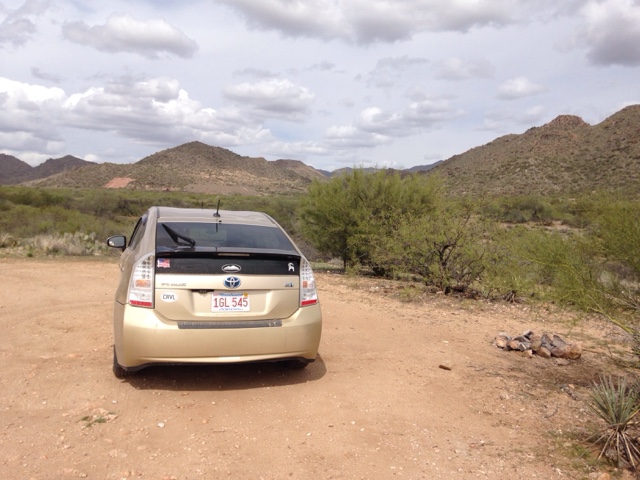 With the Class B being sold in June 2014 I bought my used 2011 Prius in July and I started designing my Prius Campervan conversion with the goal to be able to do everything in the Prius that I did in the Class B.
Fast forward to January 2015 I had my initial design for my first year of Prius Travels.  I had some reservations living in a Prius, as I wondered if I being 6 ft tall I could make it work.  I had tested sleeping in the Prius in December but it was still a worry.
After 2 weeks living in my Prius I knew I would have no problem doing it for months.
Instead of worrying about places I was going to go and how much fuel would cost, I did not have that worry anymore.  My fuel cost was now under $1000 even though I drove 6,000 more miles than with the Class B.
I also looked forward to making design changes for my next years travels.
Driving the Prius was fun but I now had to worry about ground clearance rather than the 9 ft 6 in height of the Class B hitting a overhang.
Yes there were some tradeoffs moving into a small space.  Space was the biggest.  I kept my Prius mattress thin so I could sit up in bed, but reclined with my back against the front passenger seat with my pillow filling the void in my back. This is a comfortable position for me before I lay down to sleep.
I brought too much stuff my first Prius year, but I worked to think of design changes to make better use of space and shipped things home.
I write this specific blog to help those considering using a Prius to live in and out of that it can be done.  I say this knowing that everyone is different and out needs and wants are what compell is to do things differently.
If you have an interest in how I live my Prius I encourage you to visit the many blog posts that explain and show how I overcame issues.
I also met my goal of not altering the Prius so it would retain its resale.
Brent
macaloney@hotmail.com
Posted by Brent’s Travels at 12:21 PM