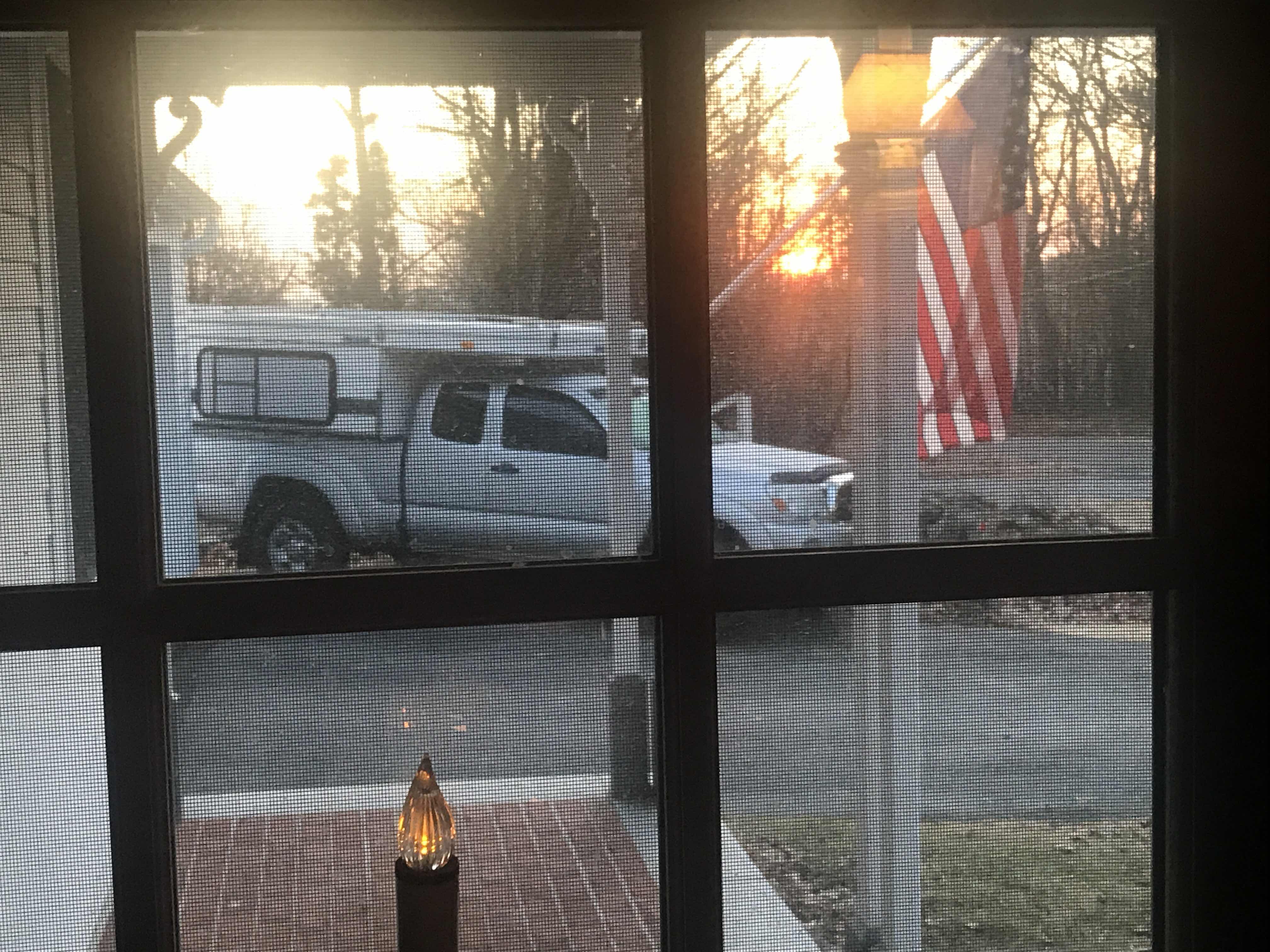 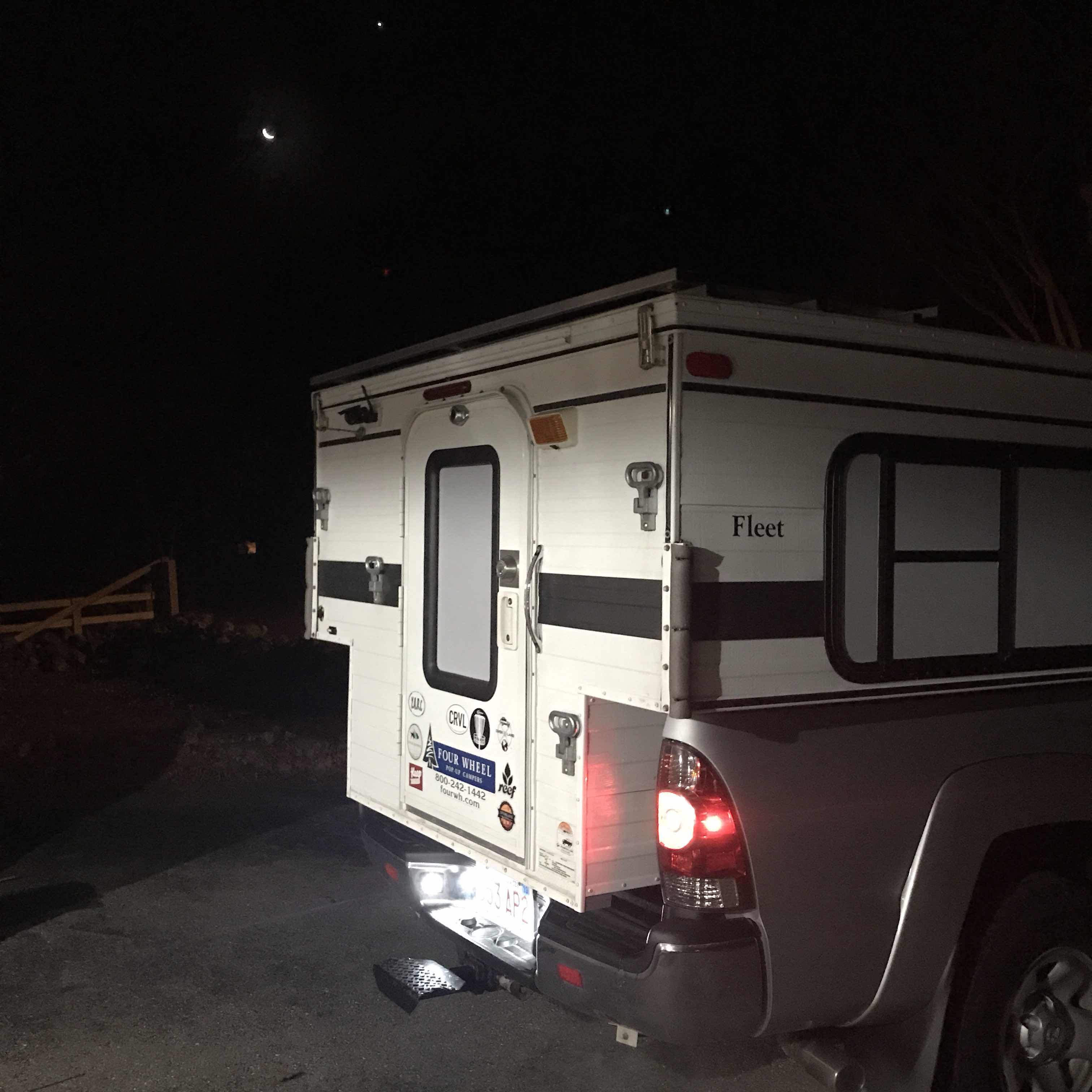 Here I am leaving before dawn with crescent moon 1/2/19. 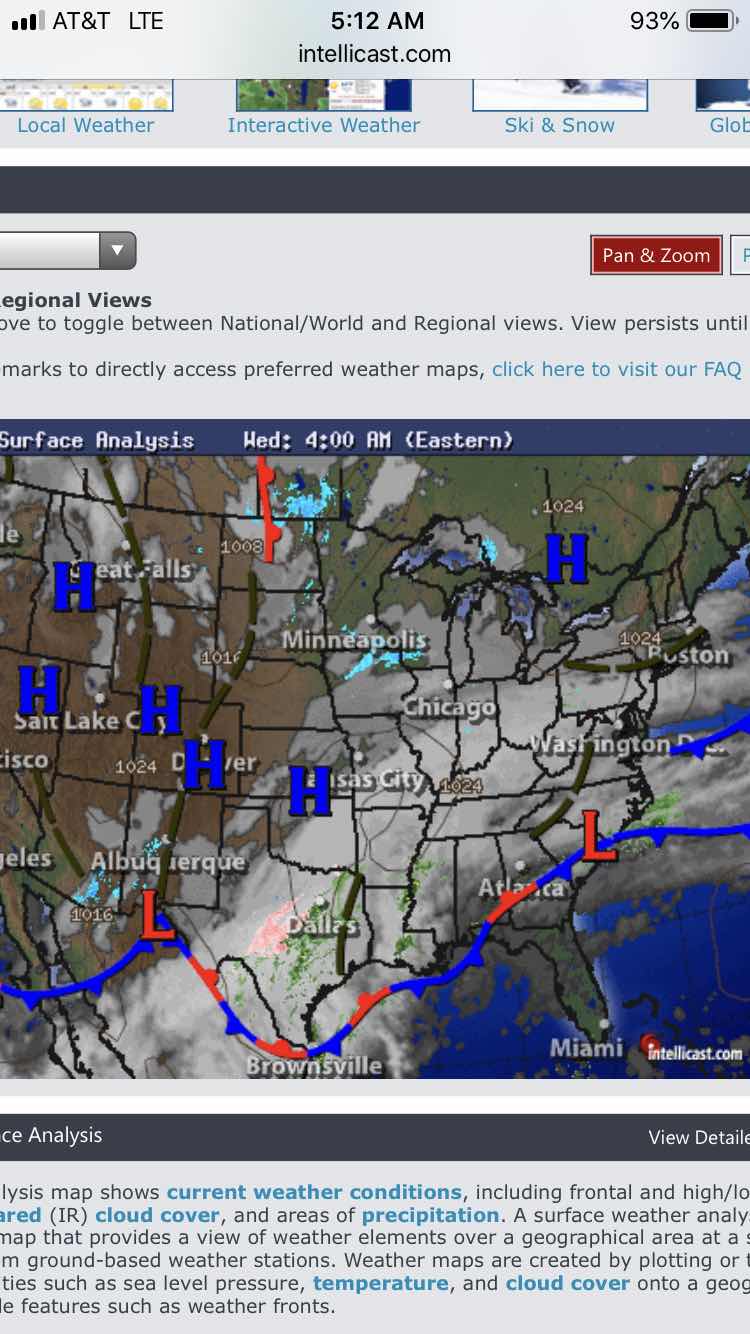 Above is my weather as I leave MA - I decided to head to St Louis as I should be able to slide behind the southern storm into Oklahoma, then to Texas and on to AZ.
Not on radar is some snow flurries in western PA, but there was no accumulation and no issue.  I took I84 in MA, through CT and NY to I81 in PA to I80 in PA to OH then south to I70 west to IN.
I thought I would get on the west side of Indianapolis for the night, but got tired and ended up east of the city on I70. 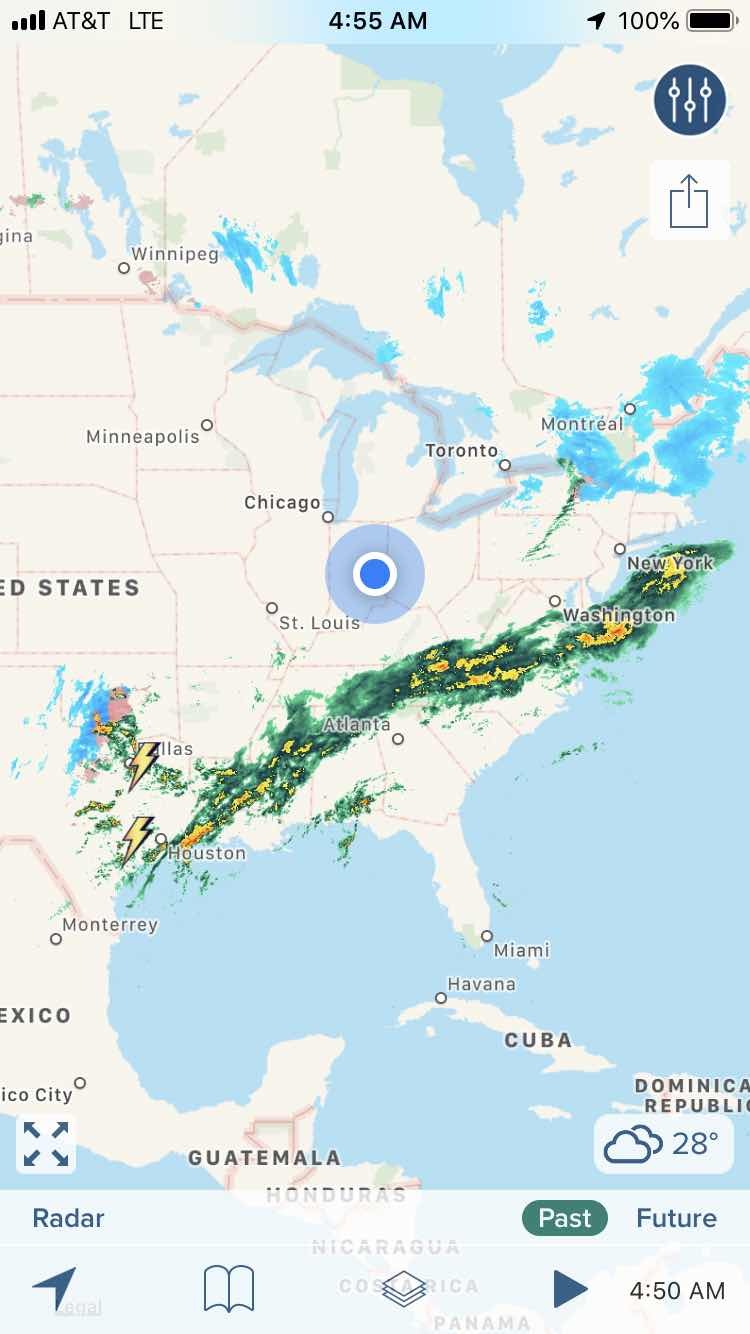 I woke to a problem with my plan.  I’m the blue dot on map. Snow and ice that was to be further south and east moved into Oklahoma and I had to decide which way I was going to go.  My choices are; Do I drive to Kansas and then south or do I head south through the rain into Texas.  Either way will add to my total drive west, but south is much warmer and I like that best.
I decide to head south once into Illinois, heading to Memphis, TN, on to Little Rock, AR and drive through the weather front on way to Dallas. 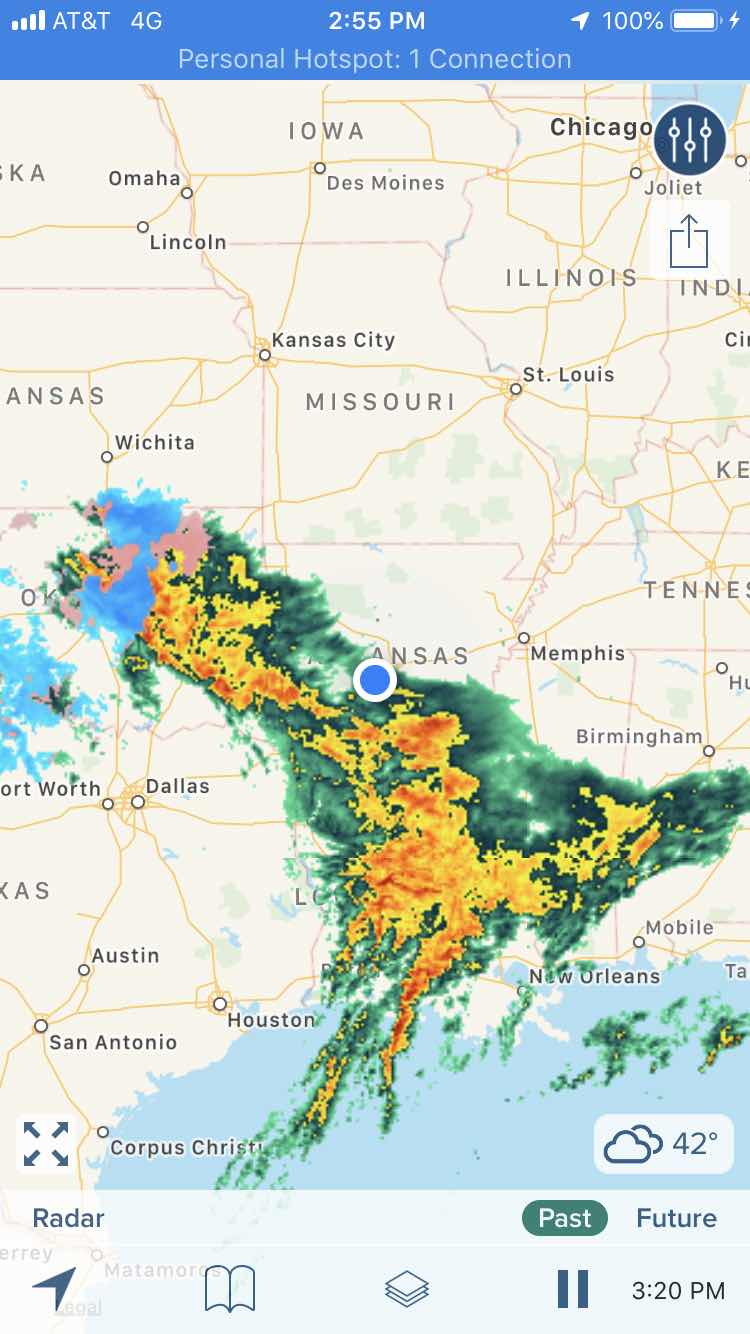 Above I’m in Little Rock , AR and just getting gas heading through the storm front. 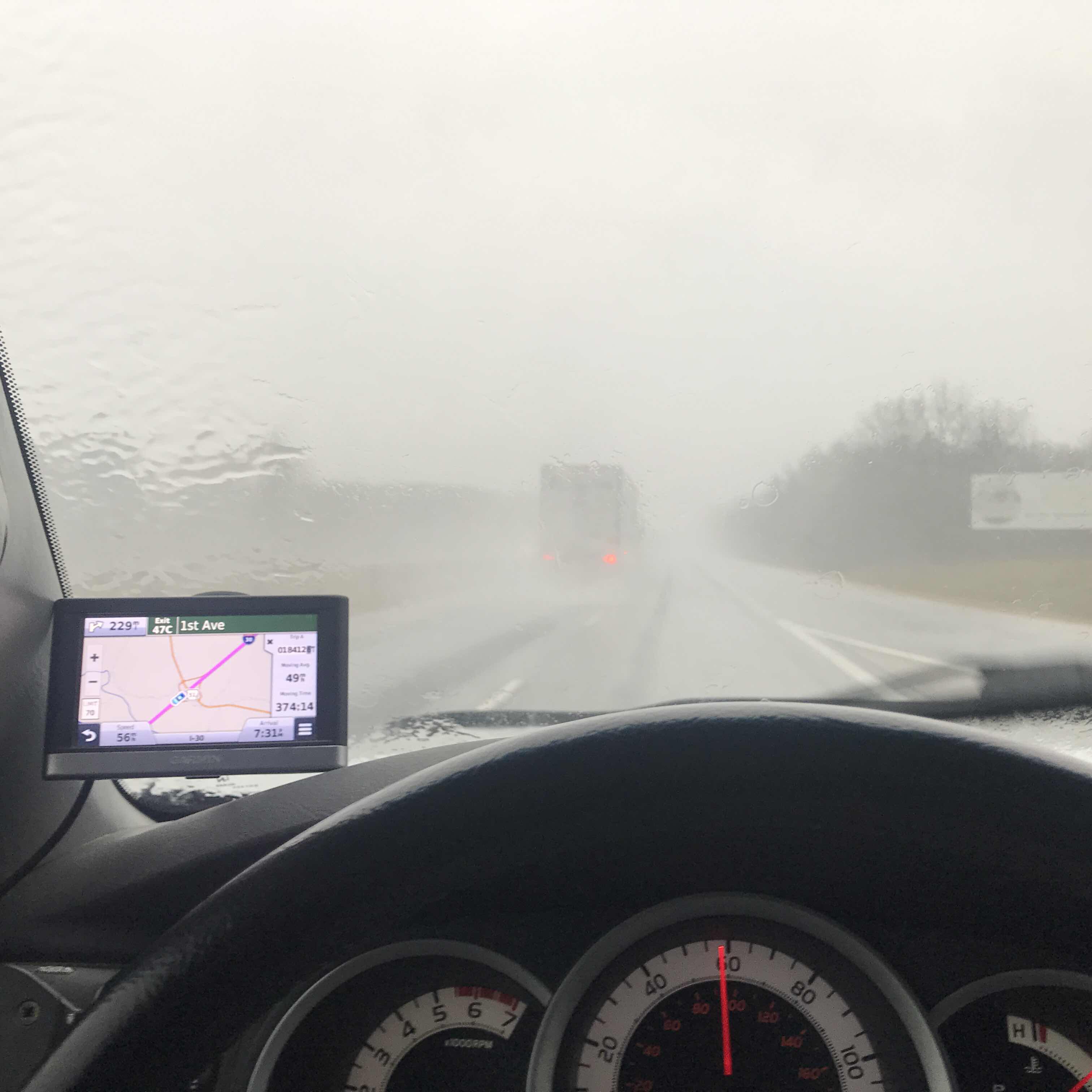 Above is the kind of stressful driving that wears me down.  It took 2 hrours of driving in this weather and it felt like 4 hours.  I was thinking I would get on the west side of Dallas for the night, but I was worn out and ended up on the east side.
I stopped at a truck stop and went in and had a nice shower.  I then had a salad for dinner and had a great night sleep.
As usual I woke early and saw that Tucson, my destination, was 1025 miles away.  I have been driving long days, but there was this remote chance to drive the whole way today.  Everything was in my favor.  I had a great night sleep, wonderful weather now through the weather front, high speed limits 75 & 80 mph, only 3 cities to go through (Dallas/Fort Worth, ElPaso), early start to day, in the mood if I don’t get tired  first. I don’t drive tired. 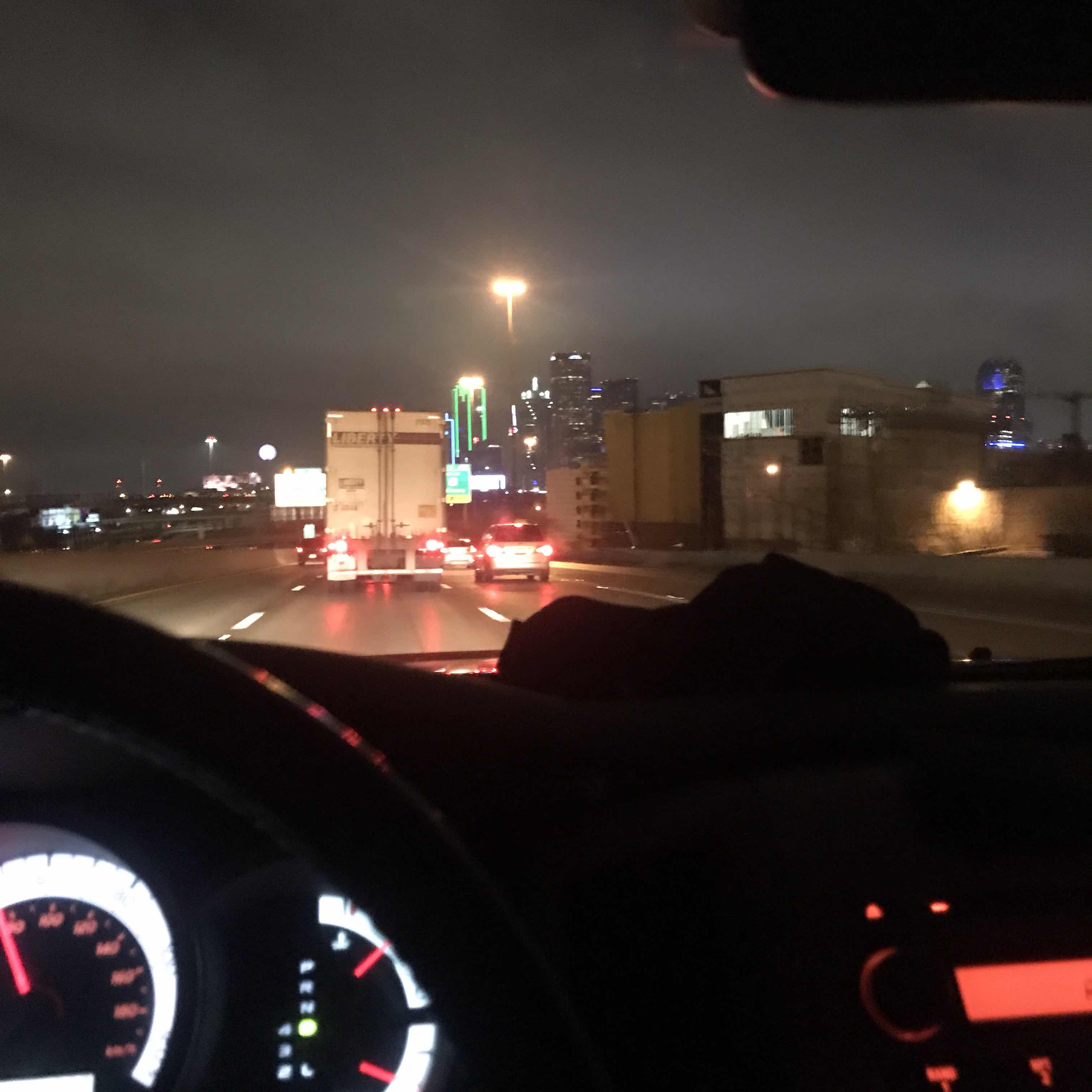 I got through the center of Dallas, above, with no problem, as I also did in Fort Worth, and eventually through El Paso, although traffic and construction on I10 west of the city was a little backed up. 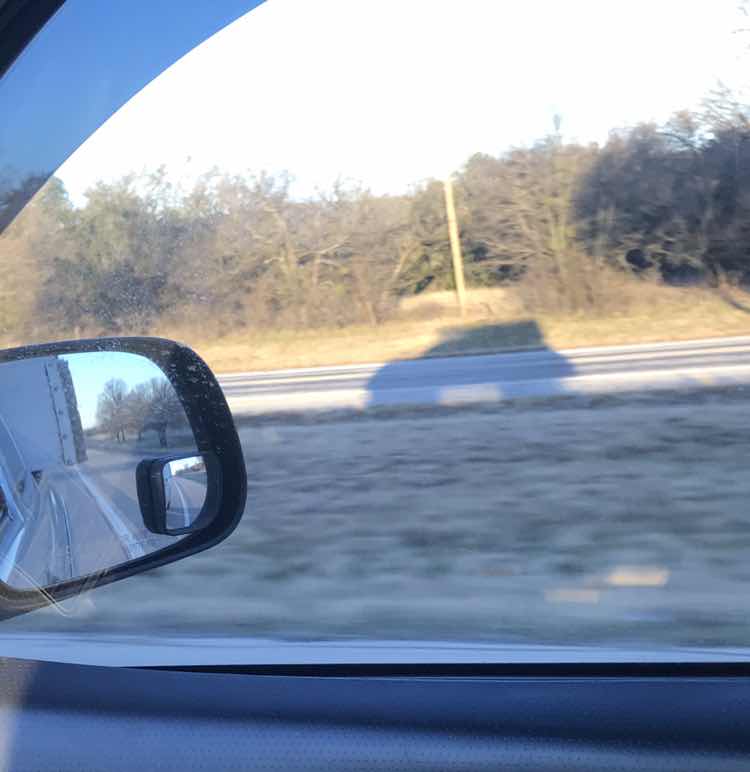 Check out my morning shadow of my truck/camper - it looks miniature. 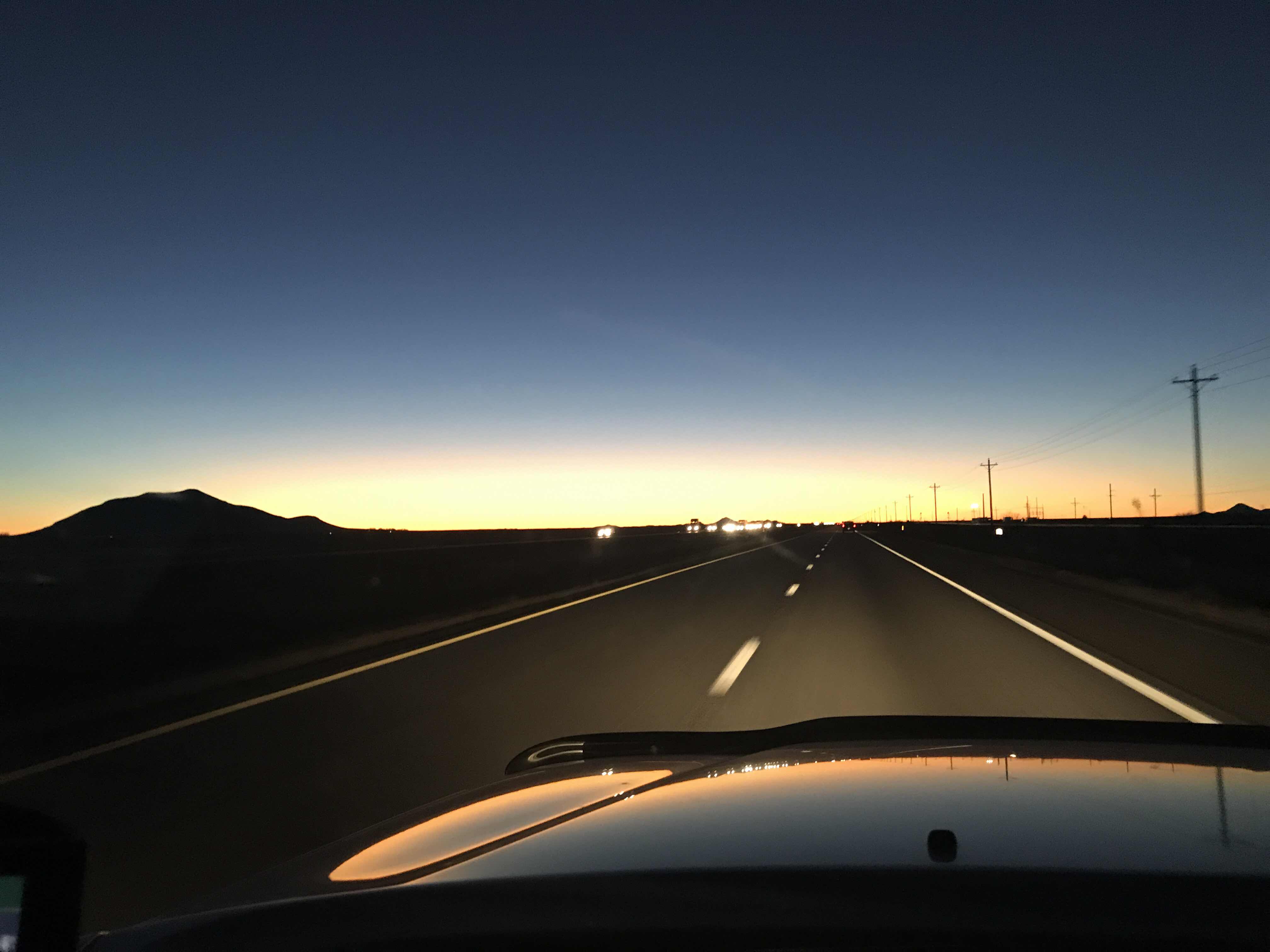 Started driving before sunrise in TX and the sun is setting on my travels as I drive across New Mexico.
I arrived in Tucson at 9:30 local time and watched the 10 pm news and weather.  Storm off the coast of CA will arrive Saturday night into Sunday with substantial rain and snow in higher elevations.  Glad I made it before the weather.
Officially my drive Friday was 1054.9
I started east of Dallas ad drive to Tucson
17.5 hours of driving
7 pit stops along the way.  Very important to get out and move around for a few minutes.
This is my first 1000 mile day.  My first year of Prius dwelling I did 960 from west of Houston, TX to North of Knoxville, TN.  I’ve done many 800 mile days and a few 900 mile days but never 1000.
I can do this because I look at driving as fun.  I like the change of scenery.  I listen to podcasts, stream tunes, listen to the radio, listen to truckers in CB radio.  I have drinks and snacks at arms reach.  I stop ever couple of hours to take a break.  If I get tired I’ll stop and nap or call it quits for the night.  1000 miles wasn’t a goal as I’ve had many chances.  It was just the right circumstances that made it possible.
My total 3 day trip from MA to Tucson was 2860.5 miles
Average of 953.5/day.
As I write this I’m relaxing in a McDonalds and then a library to write my blog.  It’s Tucson for a couple days to take on provisions for my trip to Quartzsite, AZ for the RTR gathering.
Brent
macaloney@hotmail.com
Posted by Brent’s Travels at 6:53 AM