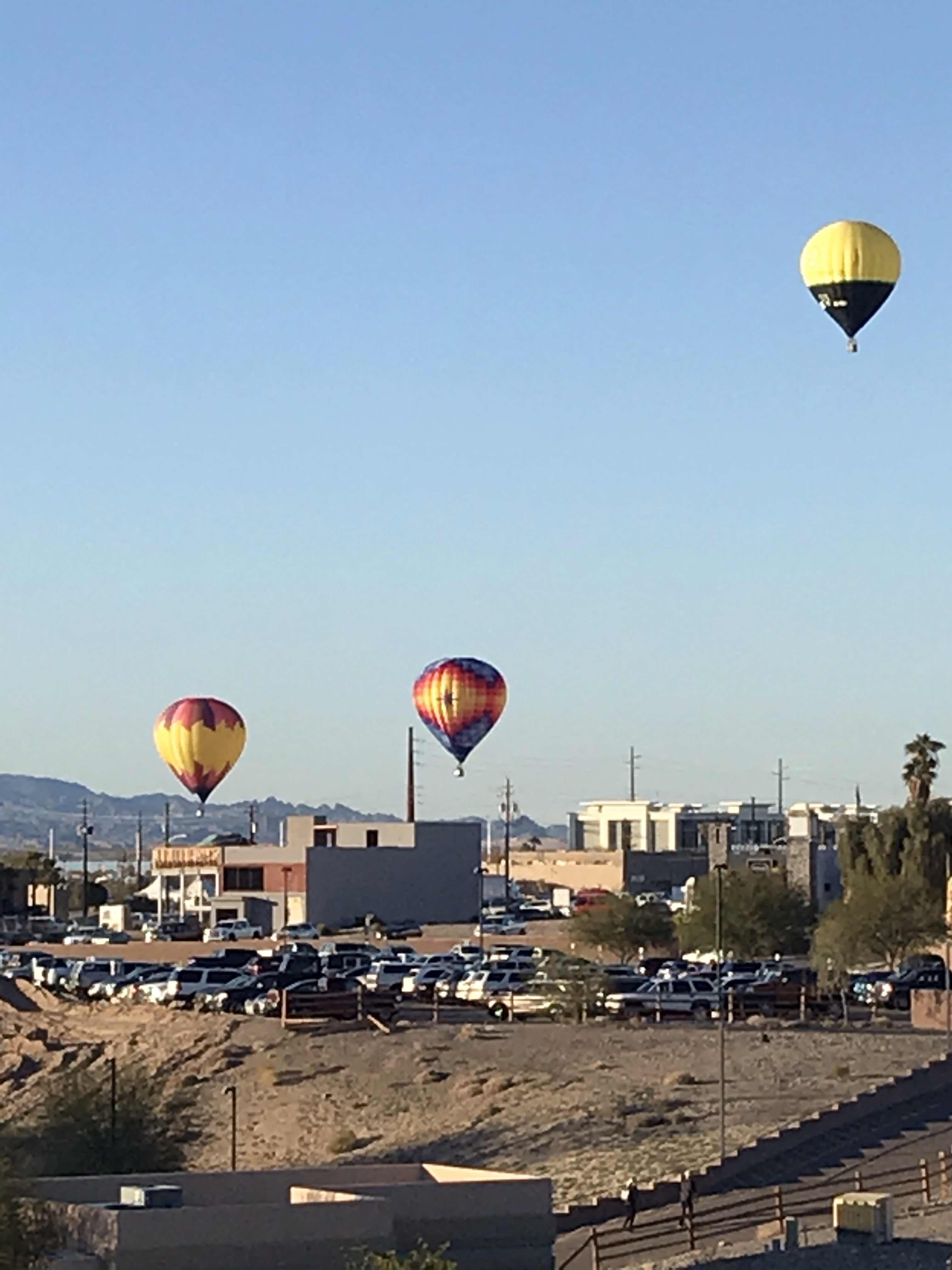 Each year Lake Havasu City, AZ hosts a Hot Air Baloon Festival while the RTR is going on.  The last few years that I wanted to attend the weather was poor, but this year the weather is exceptionally nice.  Temperature is about 70 deg with full sunshine and it was time to attend.
I drove up from Quartzsite, AZ and the RTR to take one night away to view the evening liftoffs in Lake Havasu City. 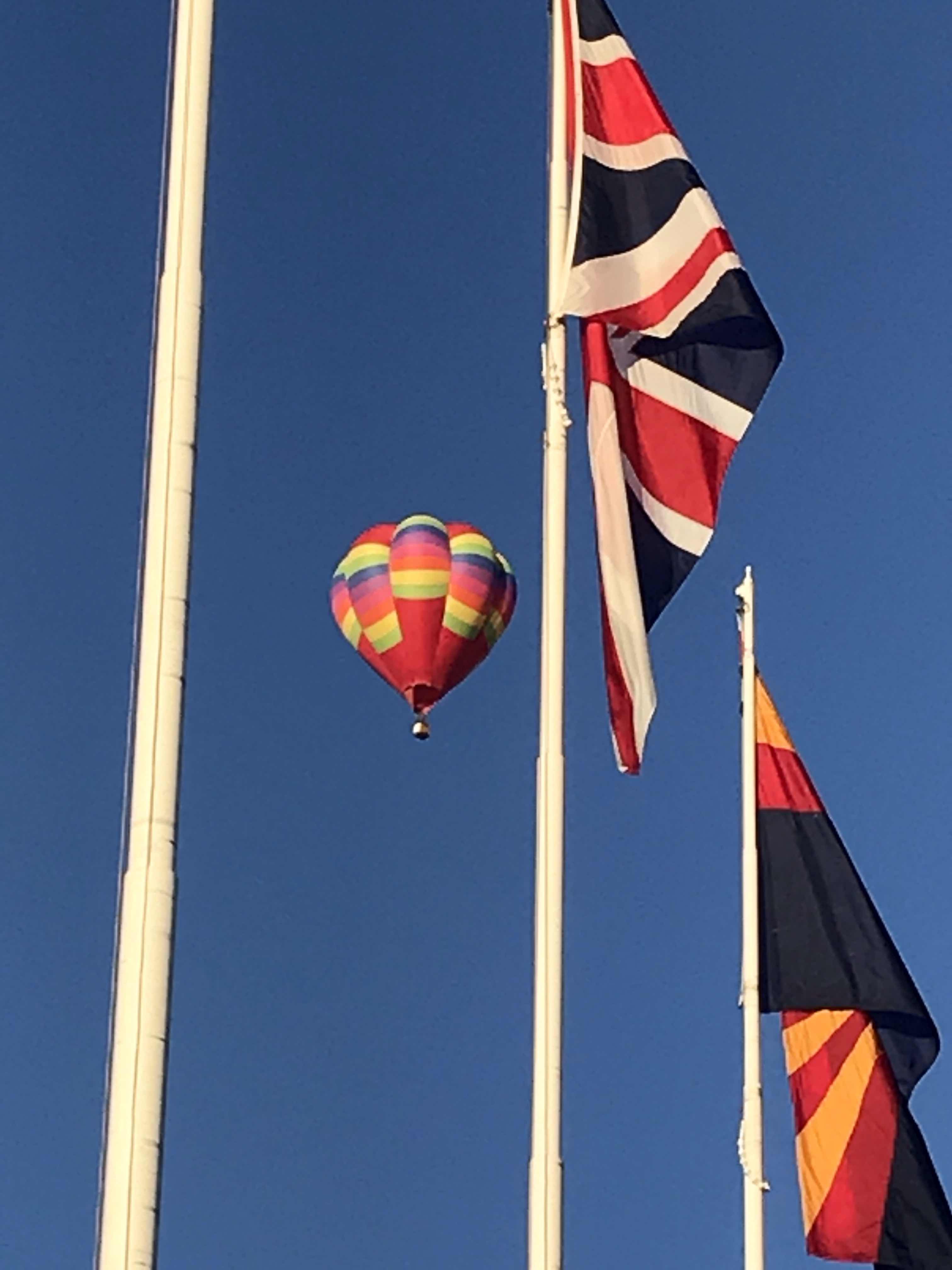 Like a number of others who came to to view the assents, I chose to take pictures from the top of  famous London Bridge.  Yes, the London Bridge was purchased from the City of London, disassembled, shipped, and delivered to the new City of Lake Havasu, and finally reassembled to attract tourists. 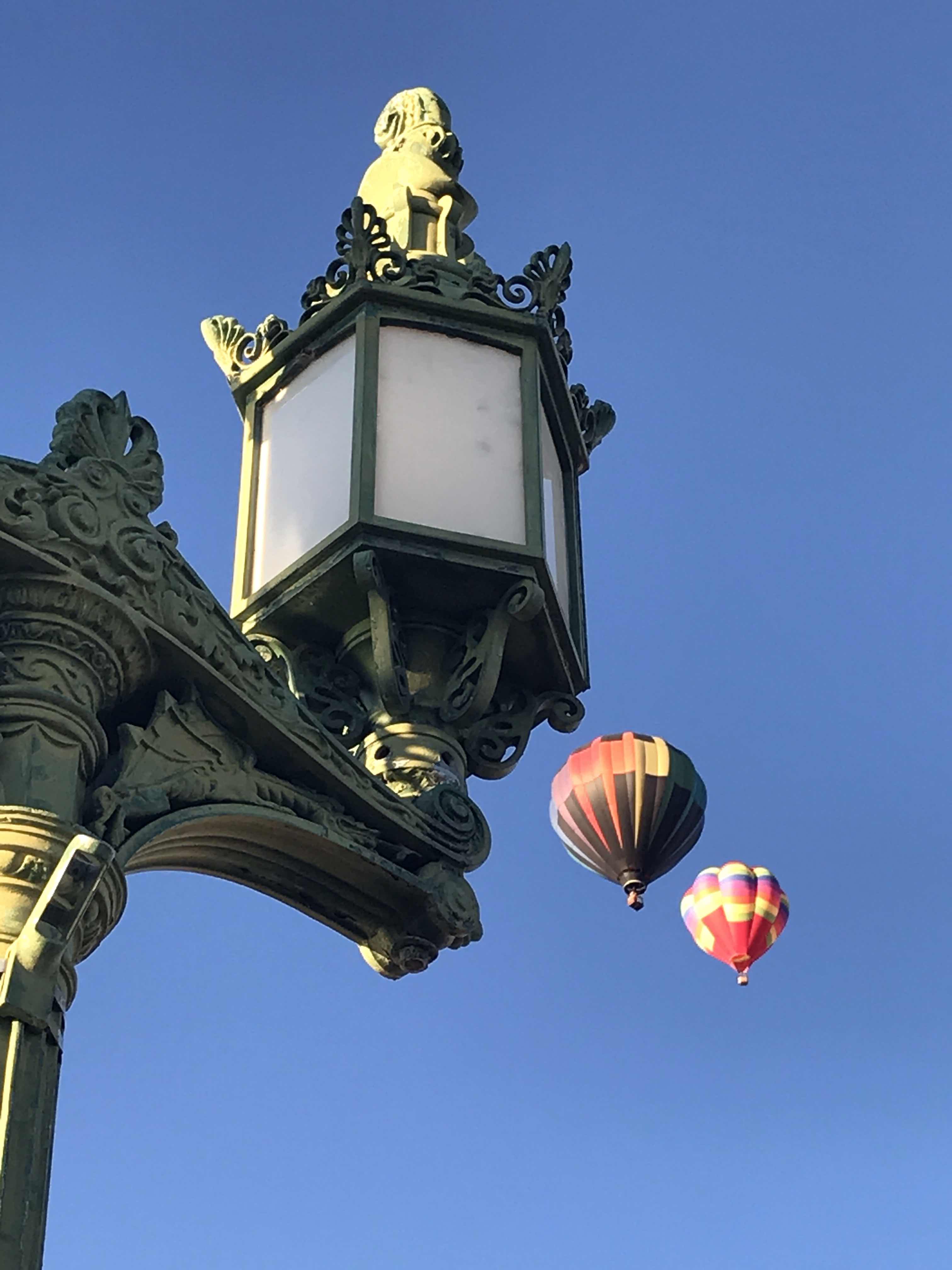 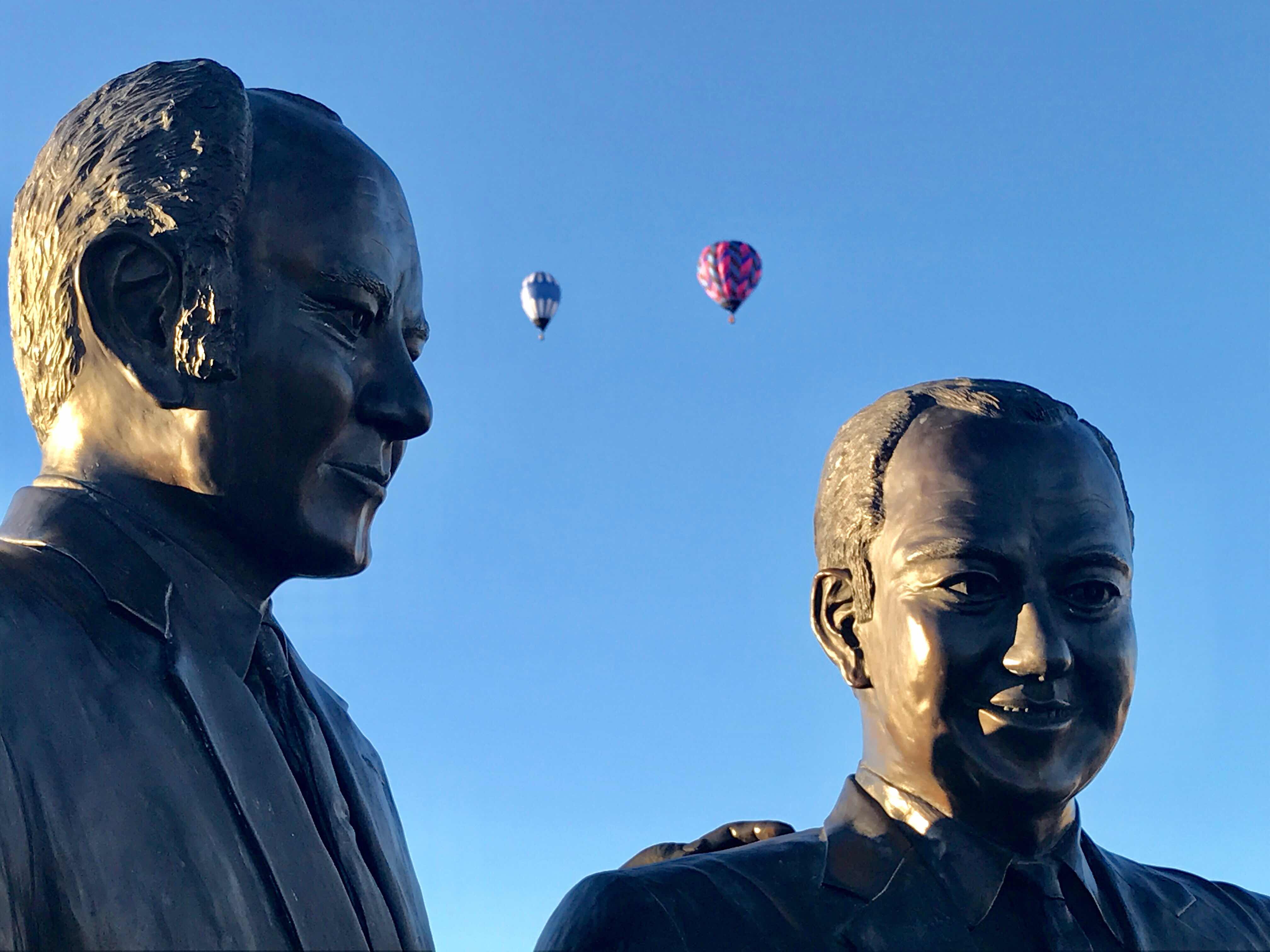 I bet the city founders, depicted in the statues on the east side of the bridge, would be happy with all the great events the city has during the years 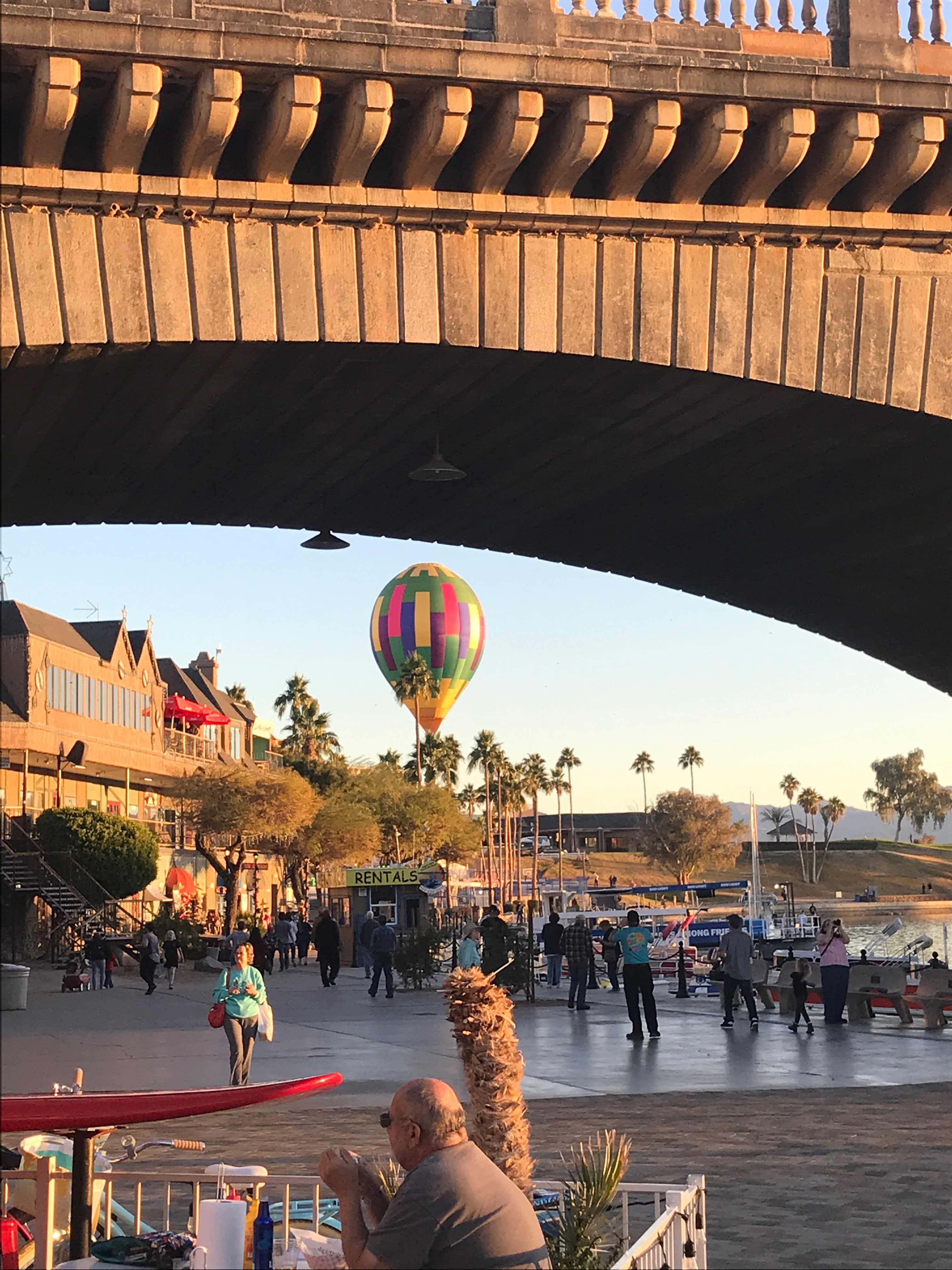 I descended the bridge to the boardwalk below and was lucky to catch this picture of one of the balloons through one of the bridges arches.
It was a great evening watching the balloons with the others in the bridge and I’ll spend the night at one of the BLM lands used for camping.  Tomorrow I head back to the RTR and seeing some more friends that arrived today.
Brent
macaloney@hotmail.com
Posted by Brent’s Travels at 8:15 PM