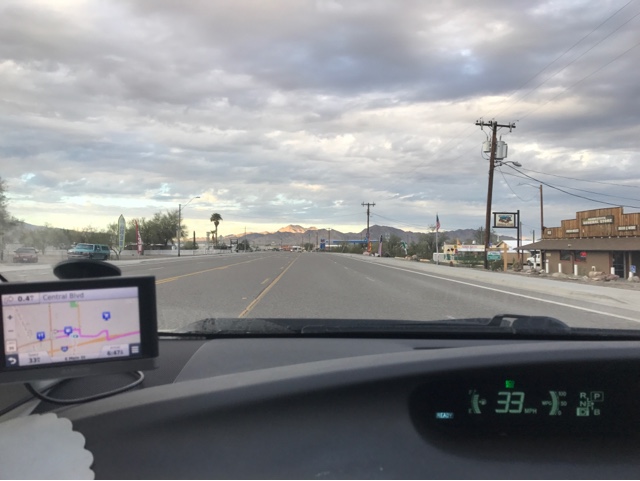 I didn't go on a hike this morning and decided to drive into Quartzsite for at shower and get some supplies. 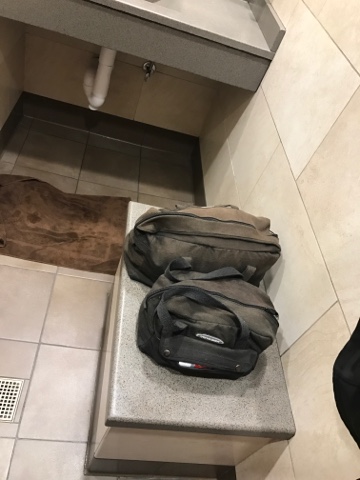 I went to the Pilot Truck Stop and paid $12.00 for the shower.  In Quartzsite there is a $7.00 shower at the laundromat for 20 minutes and they supply the towels.  At the truck stop there is no time limit.
Above you see my 2 bag system that I use for getting showers and in the Prius.
I use one bag for shaving, and other supplies.  The other bag is used for a change of clothing and towels when not supplied.
After my shower I went to the local market for supplies and then returned to the RTR. 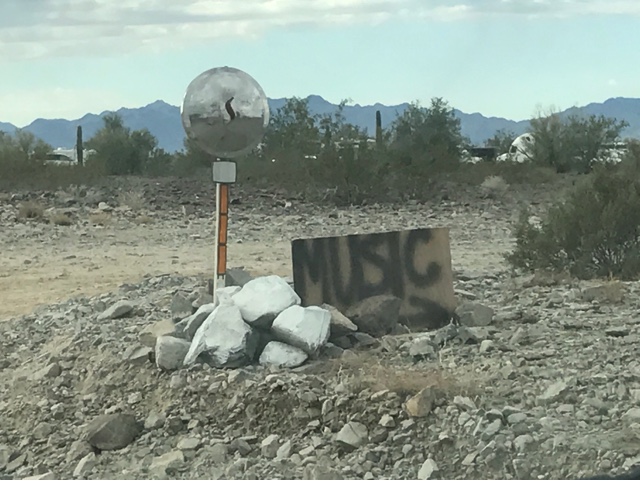 The picture above is the entrance before the RTR main entrance.  I found out that this is where the music people went after an issue was made about the music being annoying. Everyone here are also part of the RTR although 5 washes (drainage ditches) away. 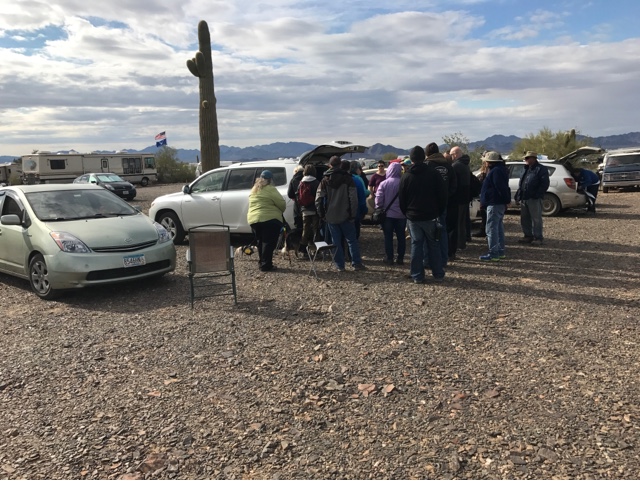 After returning from town and visiting a friend I was told that the small car seminar would be at 2:00.
There was a good crowd that showed up to listen to the various small car owners.  As with last year, John was there there with his red Prius, Suanne with her white Prius. Dave with his green and me with my gold Prius. There are other Prius's here and Prius owners who are working towards Prius Dwelling.
There were lots of great questions and I hope we were helpful in allowing more folks to move forward with their small car living and bringing their ideas forward at future RTR's. 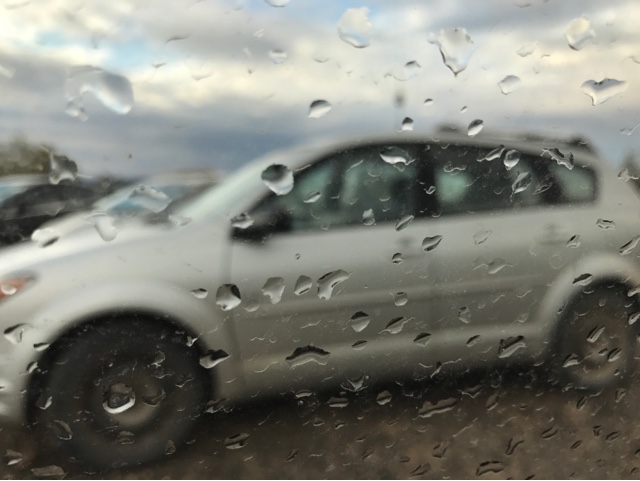 After the small car seminar we had a light shower pass.  This is the showers they predicted yesterday. 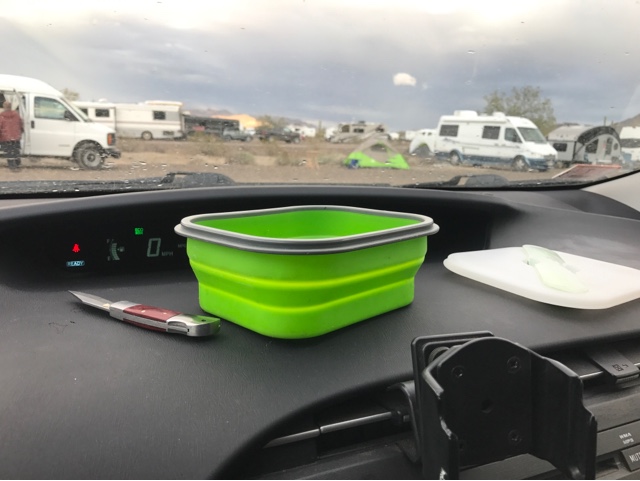 Above is my collapsing bowl that I made a green salad with mixed greens tomatoes and grilled chicken I cooked earlier in the week. 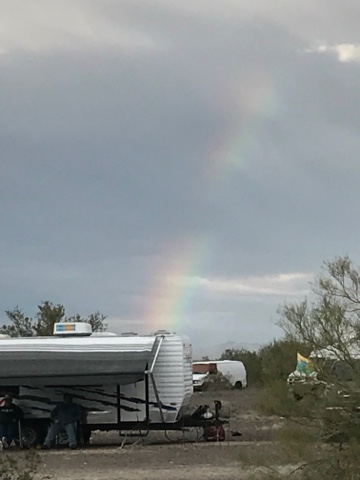 We squeaked out enough rain and sun to get a partial rainbow. 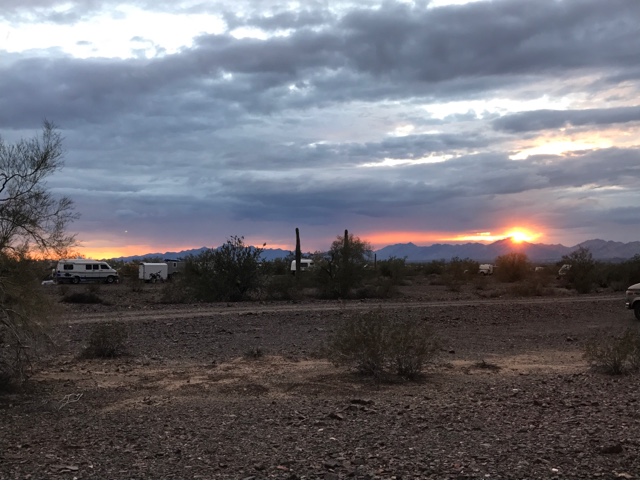 I moved to a new spot for the night.  I needed a change of location to park in as I ended up very close to others as more people have arrived and parked around me.  When it is real cool like this am I would like to start the Prius to warm the car up but I wait till 8:00 so not to disturb others.
As you can see in the picture I am more secluded and still there are people around, some of them I know.  I'm now closer to where the music people moved but I can't hear them from here.
I will move back and park near the central area during the day tomorrow.
Brent
macaloney@hotmail.con
Posted by Brent’s Travels at 5:45 PM