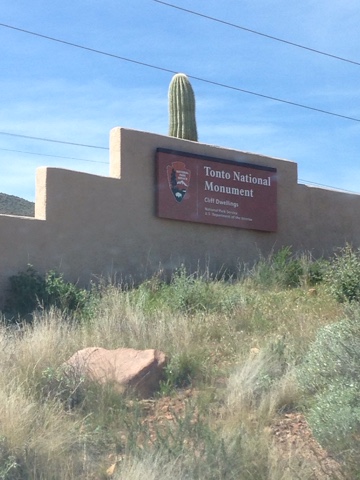 On my way from Stafford, AZ to Phoenix I decided to turn north from Globe, AZ to drive the scenic Apache Trail
Prior to Apache Trail turning to a narrow winding dirt road there is the Tonto National Monument. 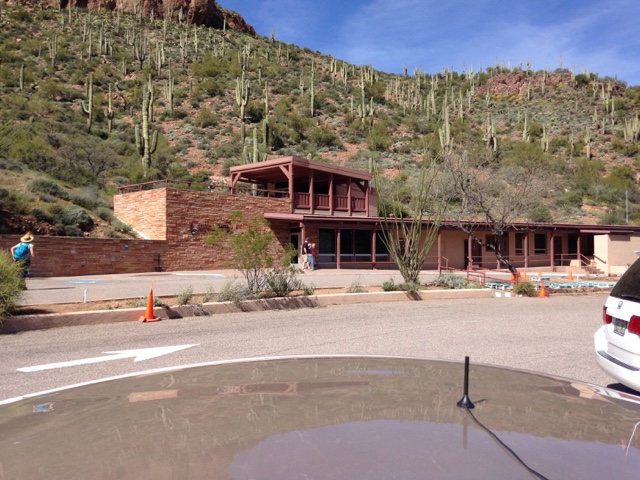 Up from the valley is the visitor center where I checked in with my senior pass and I get free entry. 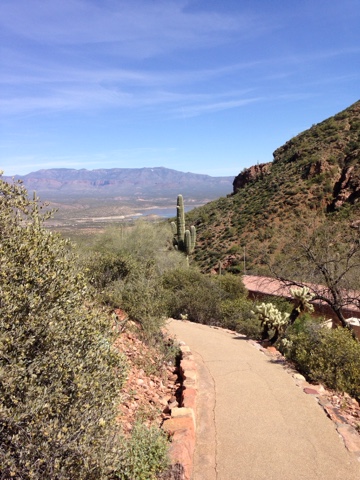 There is a well maintained 1/2 mile trail up the hill that starts on the back of the visitor center that leads up to the lower cliff dwelling.
On my way up I met a 50 something woman, by herself, that I will call "L".
We ended up sharing an enjoyable conversation on the way up.  She told me all about here volunteering for the National Park Service and had a wonderful time and highly reccomends doing it.  She had done it twice at the Grand Canyon. 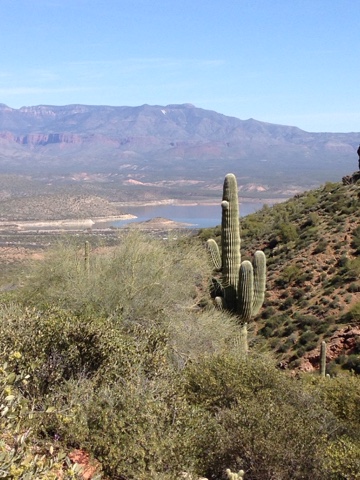 The Ranger here at the top referred to the cliff dwellers as imergrants.  Like other Native American tribes that lived here, they left lmno clues to why they left the area. This is the lower cliff dwelling that is open to the public.  There is an upper dwelling that they have private tours of 12 people that are prearranged that you can sign up for. 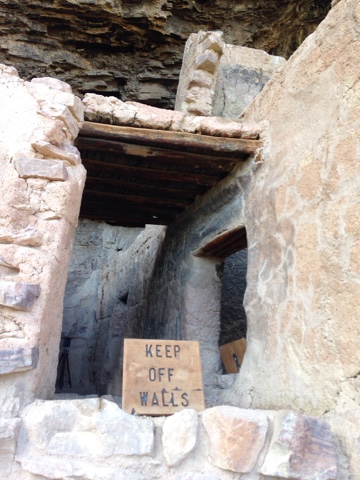 Most of the dwelling was distroyed before the area was taken over by the Federal Government.  Therefore much has been rebuilt to show what it wa like. 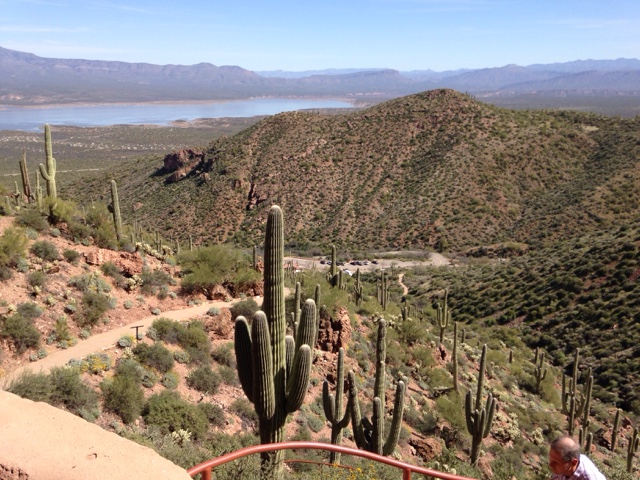 The people who lived here had a wonderful view. 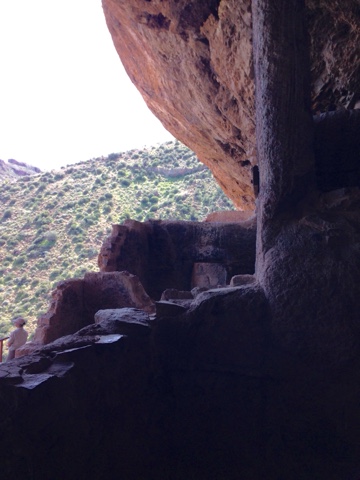 The ancient rivers carved out these caves  leaving overhangs making them good places to live. 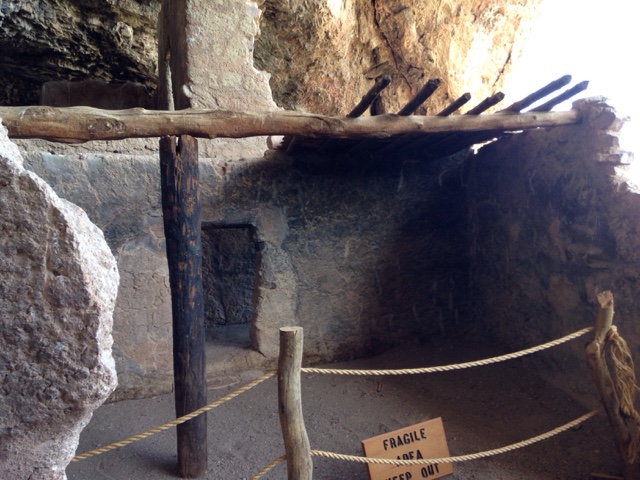 This dwelling is like many other similar cliff dwellings you see in the southwest. 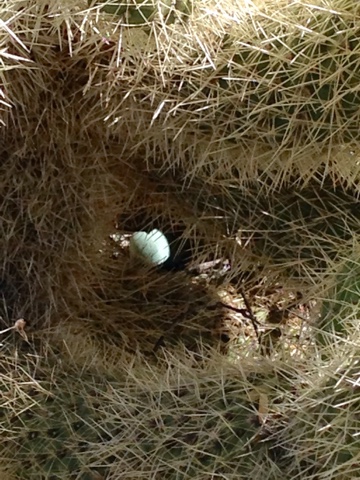 On the way down "L" and I saw a bird fly out of this cactus.  I examined it and found the blue egg and the mother bird stayed close and kept an eye on us.
After I took the picture "L" bent down to take the same picture and said to me, "You know.. You can tap the screen (iPhone) to brighten the picture before taking it."
I laughed knowing I have had an iPhone for taking my travel pictures for three years and didn't know that.
I turned to "L" and said "L, I will never forget you for giving me that tip."
Explaining further that I post brighten the pictures I need to make brother with the editing software.
She went on to recommend SnapSeed as a post editing software.  We had a wonderful conversation on the way down too.  She was out exploring while her humus and is working in Phoenix on business.  She is off to other cities with his work but plans to volunteer for the National Park again.
One is never to young to learn!  Thanks "L".
For more information about the cliff dwellers and Tonto National Monument visit: http://www.nps.gov/tont/index.htm
Brent
macaloney@hotmail.com
Posted by Brent’s Travels at 8:24 PM