The Perch Pub And Brewery 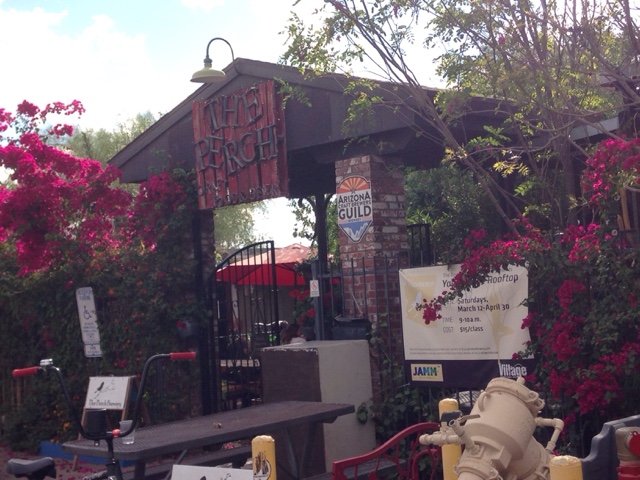 Last Sunday, 3/6/16 (Day 63), in the afternoon, I decided I wanted to try a local brew.  I searched Google Maps for brewery and settled on The Perch in Chandler, AZ.
The parking near the building is limited but a short walk was all I needed from a large parking lot a few hundred feet away.
The place is quaint, off the main drag, and what attracted me to coming here was the prospect of the rooftop bar. 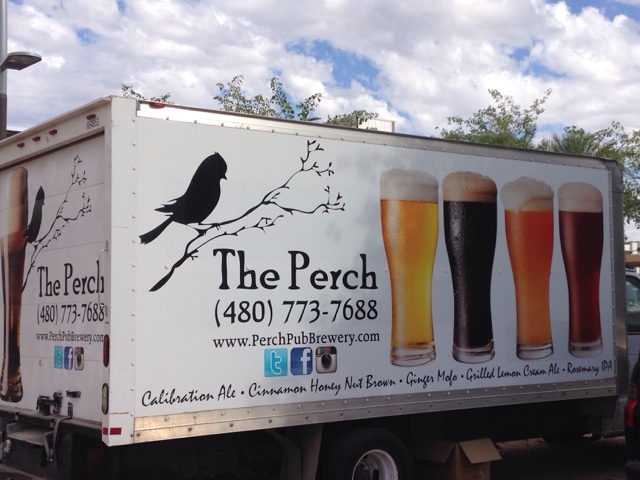 The sign to the front of the building wasn't as graphic as their box delivery truck that was parked across the street. 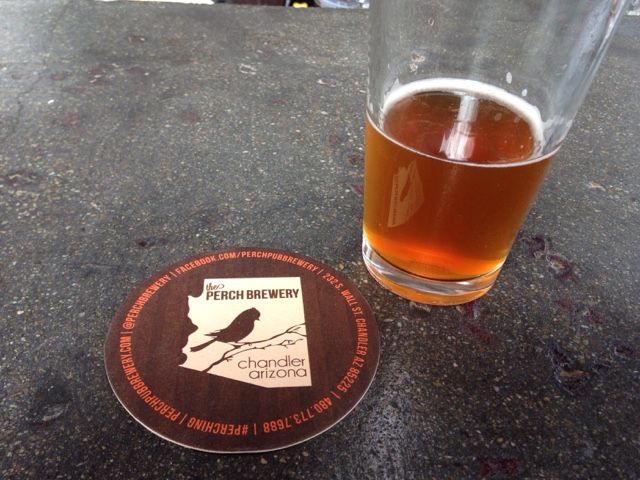 I did find a brew of my liking and found a single seat at the bar on the roof.  The downstairs dining was very busy.
I sat between two younger guys.  One 30 something and one 40 something.
Typical guys mostly talking about woman and checking out the woman they came in.  The bartender servicing is was a 20 something woman and the 40 something guy was giving her a hard time about her current male relationship.
I was assured that I had selected a great place to stop for a local brew, but I was also told that downtown Chandler has a number of good bars within a quarter of a mile.
The 40 something was originally from Providence, RI.  I asked him if he knew Buddy?  He looked at me strange and I said Cianci?
He said did you know him and I told him I had met him many years ago in the hotel where he lived.  I had been invited as part of a group in the hotel to his hotel suite.  The 40 something said his uncle was good friends with him
We spoke of Buddy for some time and how he turned Downtown Providence around and the mall there being a large economic focus.  Buddy went to jail for his misdeeds in office of Mayor, but this never changed the positive public perception that most had of him for what he did for the city.
Buddy died while I have been on my travels at the age of 74. 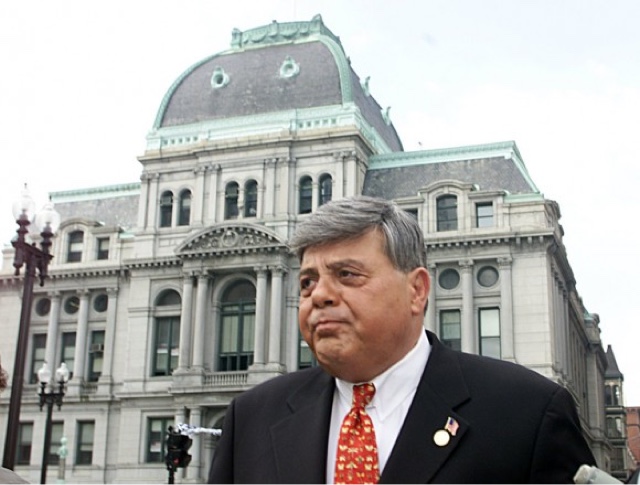 (Wiki photo)
Obituary:
http://mobile.nytimes.com/2016/01/29/us/vincent-a-cianci-jr-celebrated-and-scorned-ex-mayor-of-providence-ri-dies-at-74.html?referer=&_r=0
I stayed for a couple hours until the sun was setting and conversation had been around.  I decided I was going to check out The Hole in the Rock.  A popular sunset place between Phoenix and Scottsdale.
Brent
macaloney@hotmail.com
Posted by Brent’s Travels at 7:11 AM