This is the first of the blogs that will cover Bryce from the rim, 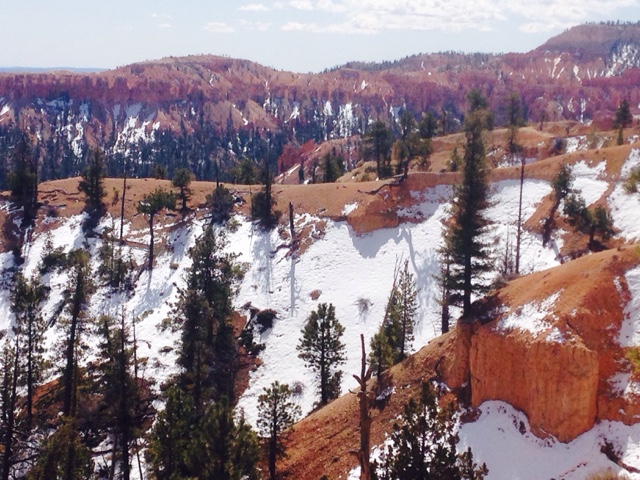 Bryce Canyon National Park is like Canyonlands in that you drive on the plateau and stop at turnouts for viewing over the cliffs.
Check out the Bryce NP map here:  https://www.nps.gov/brca/planyourvisit/maps.htm
The differences are that Bryce is between 8,000 and 9,000 feet and this elevation makes it still winter with overnight lows in the teens/twenties and daytime highs in the 40's to 50.
In the sun and out of the wind you will feel nice and warm as the sun is trying this time of year.
I arrived Friday afternoon on 3/25/16 (Day 82) to temperatures in the 40's and snow in the sheltered spots. 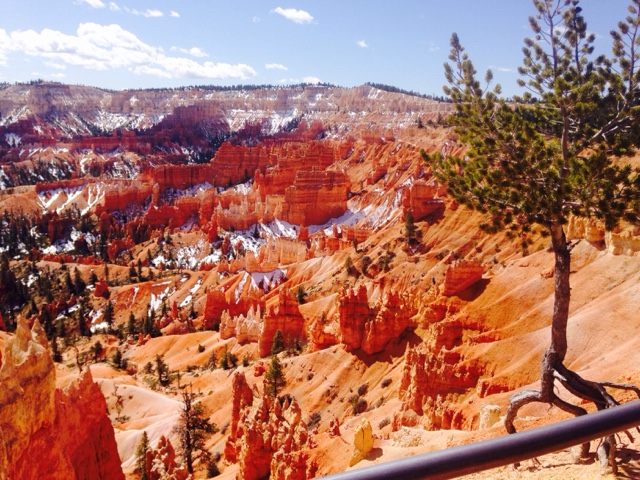 Bryce is beautiful.  The snow makes it that more colorful with white next to the colored stone.  I like Arches just a bit more because of milder temperatures, hikes and good restaurants in the area.
Come the month of May Bryce park is very crowded with the warmer temperatures and the only way you can get around is with the National Park shuttle buses.  This time of year the park has some heavy traffic during the March school breaks and you may have to wait or walk to park and see some spots. 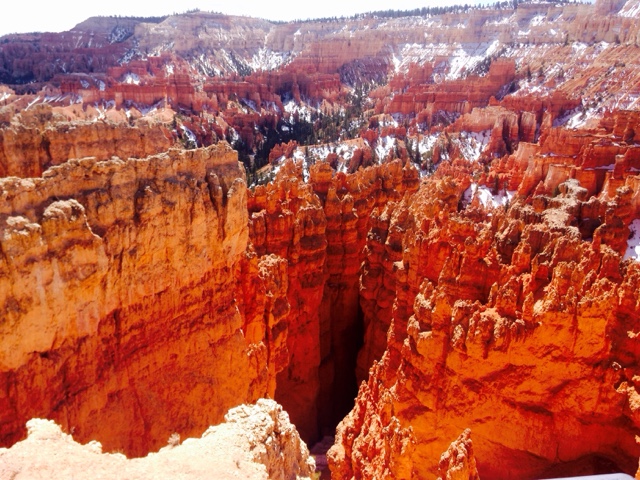 The color is amazing as the layers of sandstone changes over the height of the cliffs as and hoodoos. 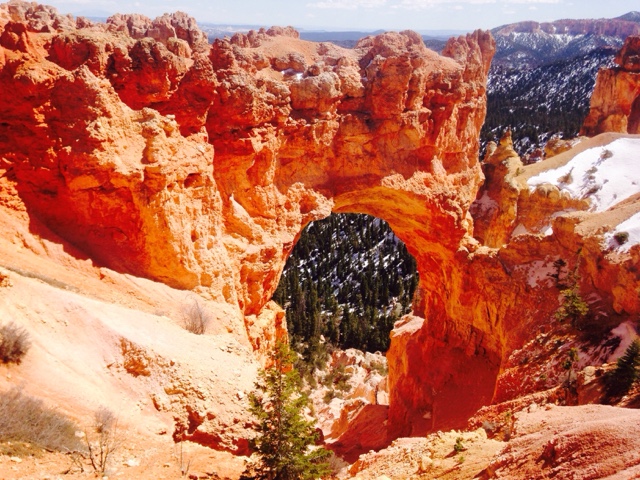 This is called Natural Bridge, but it's not a bridge as it was not carved by running water.  It was carved by errosion.  This is right next to the main north/South Park road. 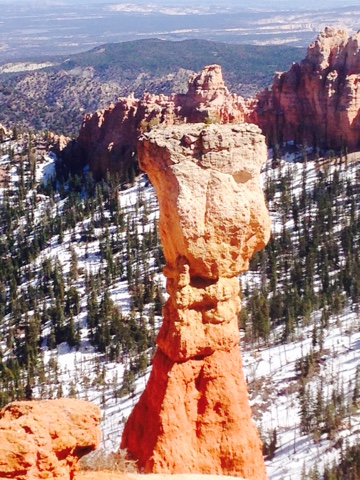 This hoodoo makes a stately picture against the backdrop. 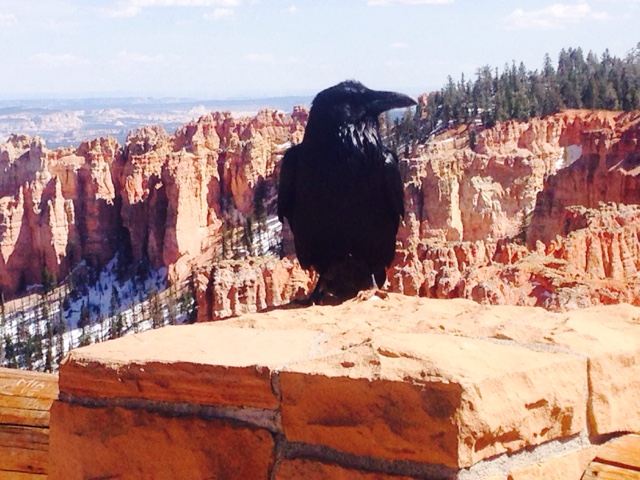 This is a raven, and told on the video at the visitors center that they are considered one of the most intelligent birds.
I can vouch that he was a ham giving everyone that wanted to a pose for a closeup picture.  I didn't have to zoom in to take the picture. 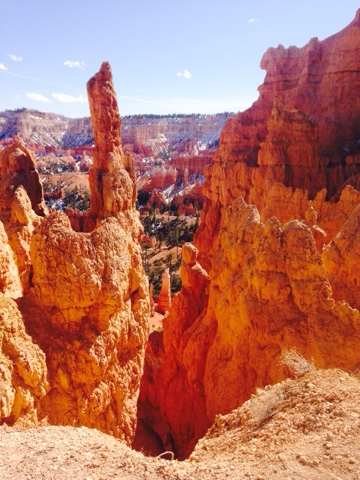 You can look from one angle and then another and get a different interesting photo.
Yes I came to Bryce last year on my travels and a second time is just as exciting.
The next post I will take you down into the canyon a bit.
Brent
macaloney@hotmail.com
Posted by Brent’s Travels at 7:53 PM