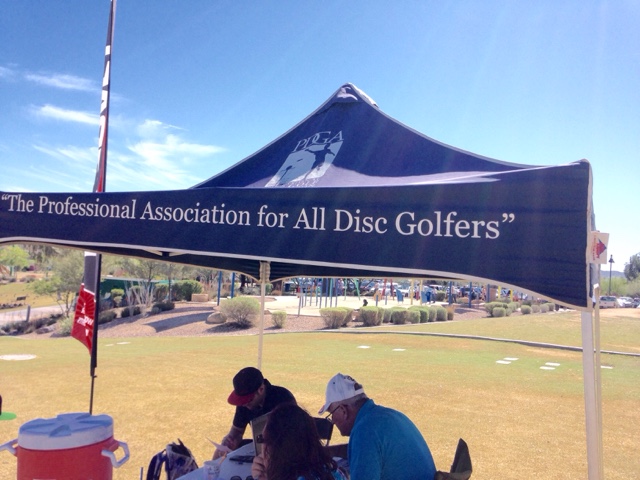 I have been playing Disc Golf in The greater Phoenix Area for a couple days  and met a fellow player Friday AM in Mesa who asked if I was going to the Disc Golf tournament that was going on.
My reply was that I didn't know about it, so he filled me in. 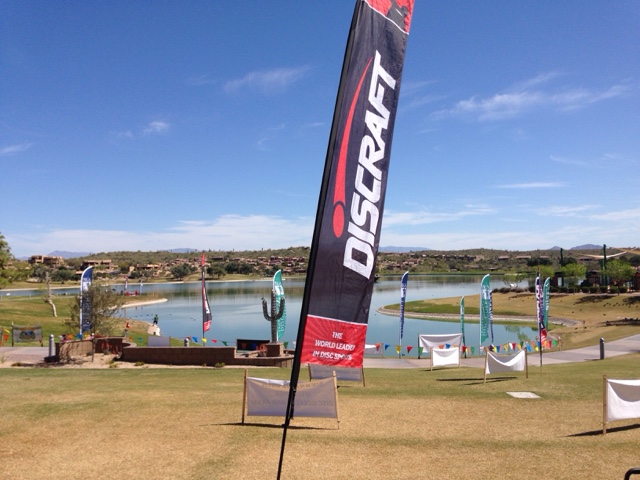 I headed directly to Fountain Hills, one of three tournament sites, to check it out.  It's nice to be able to just do this.
When I arrived I met Brad, who was from Wisconsin, and came for his second year of play.
Brad, a twenty-something, had just finished his round so he offered to show me around.  He took me out to meet players and show me good spots to watch.
He spent about a half hour with me. Not many people would have taken that much time.
I truly appreciated his kindness. 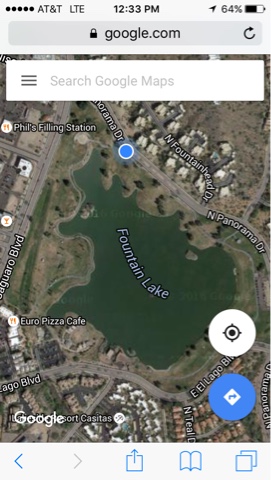 The course is around this lake with a large fountain in the center.
My disc golf app UDisc had the drop pin in the wrong location and it brought me a mile away to a housing development.  The picture above was my correction sent to the developer. 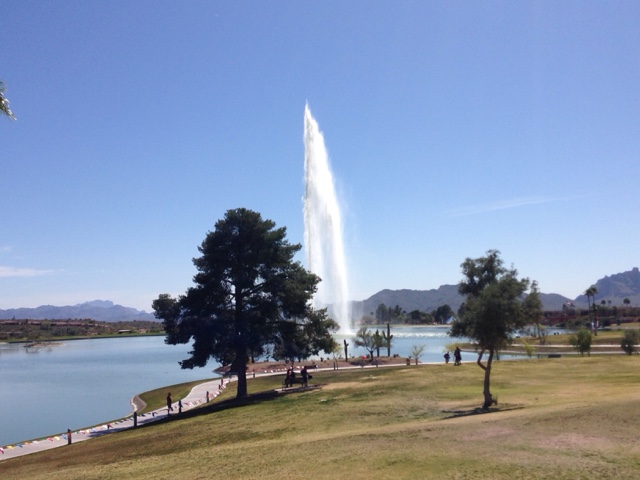 This is a very nice course that is played in a public park.  Therefore some care in throwing is required. 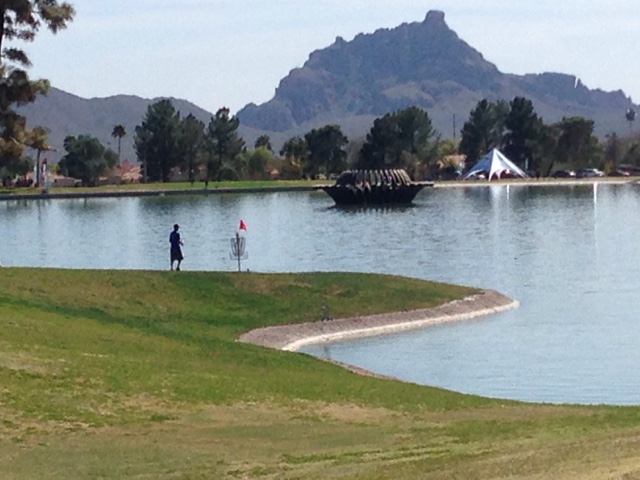 The biggest threat is the loss of your disc in the lake, like above where basket is on this peninsula.
These players are a mix of wanting to be pros and pros.  There is no holding back or laying up to be safe.  They go for it water or not.
I saw many a disc lost to the water.  The judge for that tee will try to retrieve with a water retriever but that is it he will try.  Only a couple used floating discs. Action putt shot with saguaro and fountain in the background. 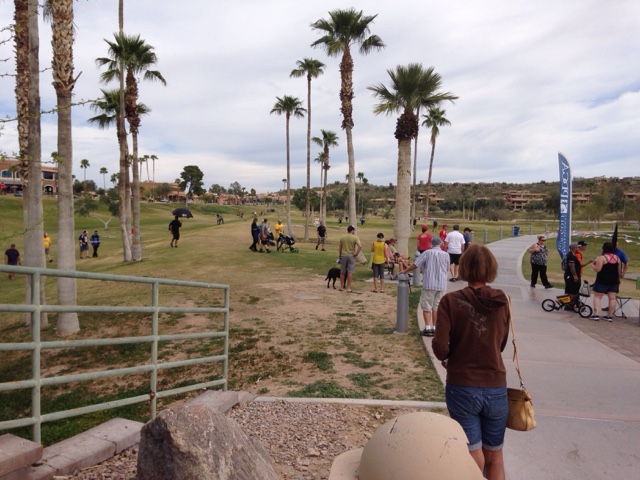 I went back Saturday AM to a much bigger crowd as the top 50% of the field would be playing.  So the pros were there today. 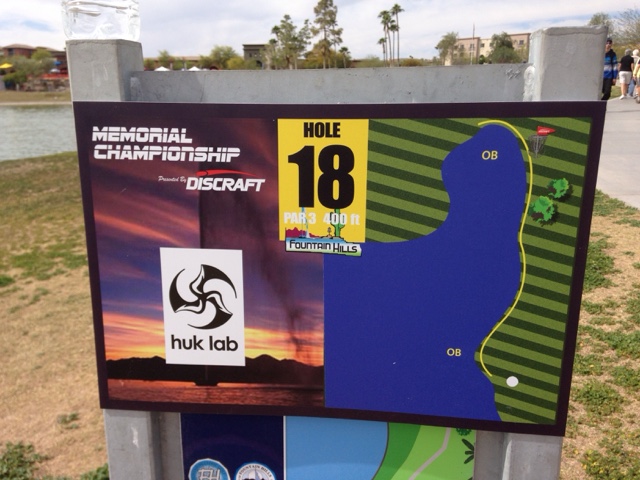 I watched many groups play this hole that shoots across water.  Oh so many a disc lost!
Of the ones that made it, many were around 400 foot throws.
I can't do this on a good day.  I watched and I think I had to hold my jaw up as I was in amazement of their skills.
They did it so effortlessly too. 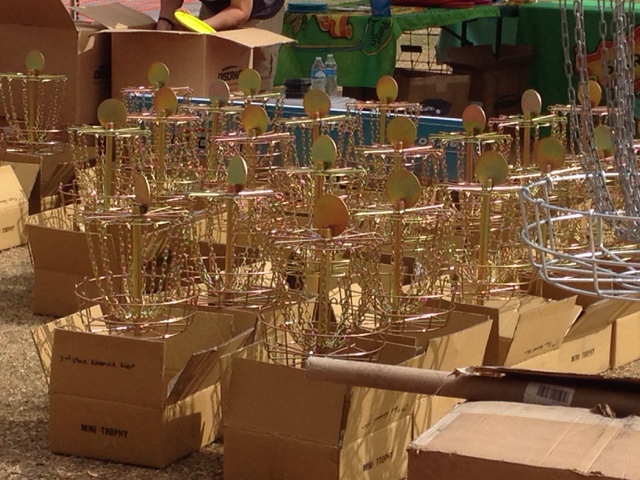 Here are the trophies that will be passed out later in the day. 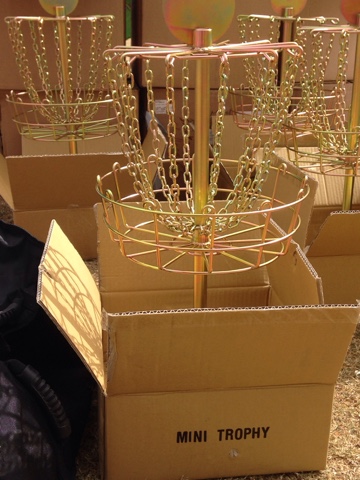 I am so glad to have gotten to see the tournament and the players.
I don't expect I will ever get their skill but will continue to work on it.
Brent
macaloney@hotmail.com
Posted by Brent’s Travels at 3:19 PM