I wanted a challenge hike after yesterday's 1/2 hour hike up Cowles Mt. and I got it with the hike up Mt Woodson and visit to potato chip rock.
I got a great early start at 8:50 while it was still cool and sun was low in sky. 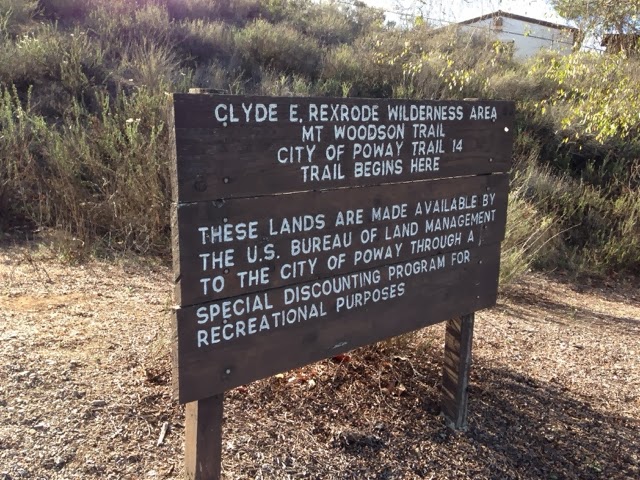 The top of Mt. Woodson is beyond the highest peak in the center mountain. 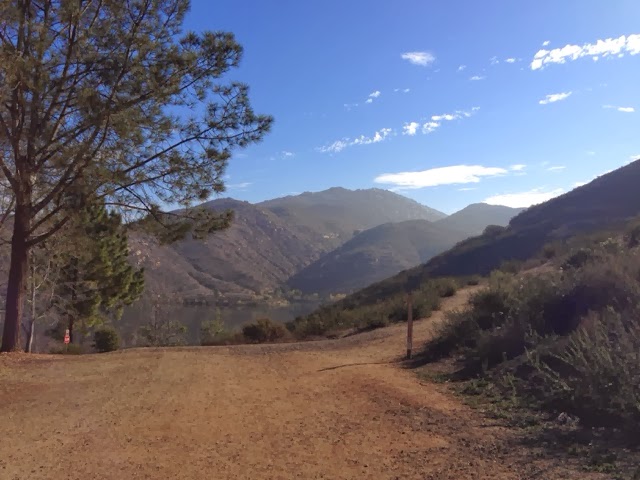 The trail head is at the Poway Recreation center where Lake Poway is.  A very beautiful site.  There is a trail around the lake for short walks. 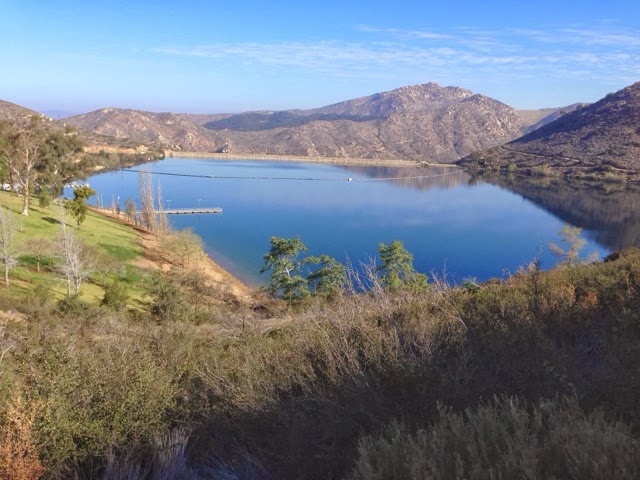 The sign says 2.9 miles to to of mountain.  This is after already walking 1 mile. 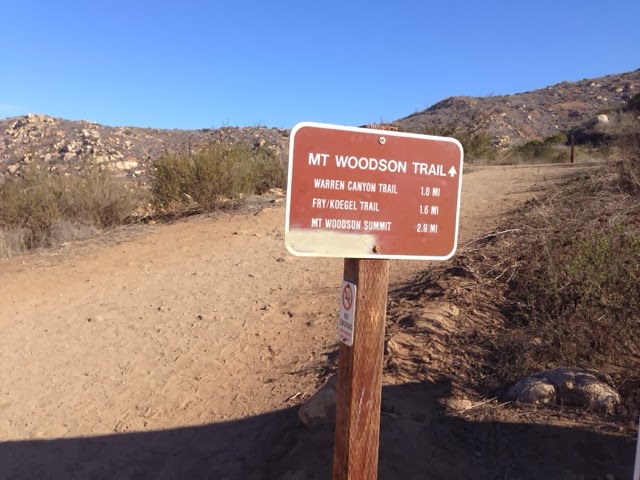 After leaving the lake it is a continuos climb that causes some to stop along the shaded side. 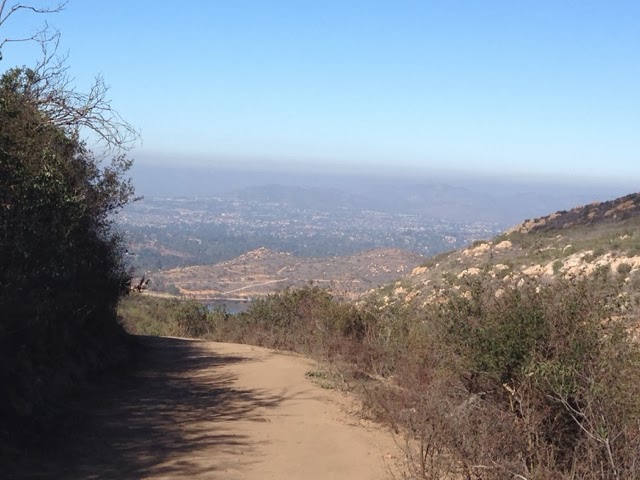 There is very little shade out here. I was sure glad to have my camel pack with 2 liters of water.
A woman passed me just before this running up the mountain.  There are a lot of people who climb here that are in great shape. 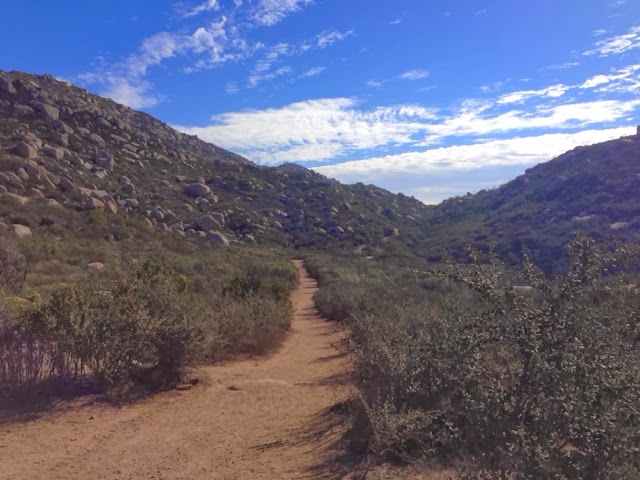 While I was climbing FA18D's from MCAS Miramar flew over with after burners on.  Son Clayton used to me in the second seat known as a weapon systems officer ("WSO", pronounced "wizzo") is an air flight officer directly involved in all air ... Corps, "WSO" also refers to the aft crew member in the F/A-18D Hornet.
Currently Clayton is the Flight Officer on the USS Boxer out at sea for 8 months due home at the end of April. 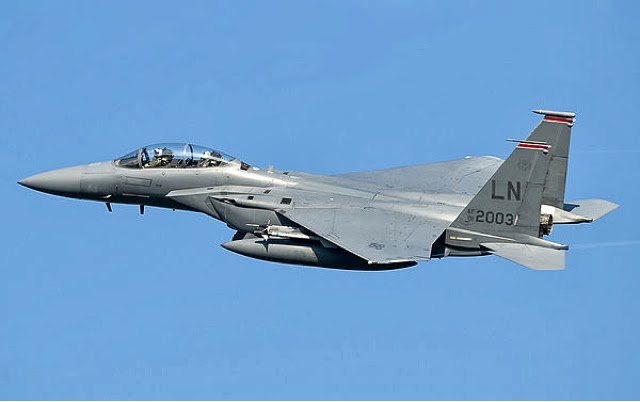 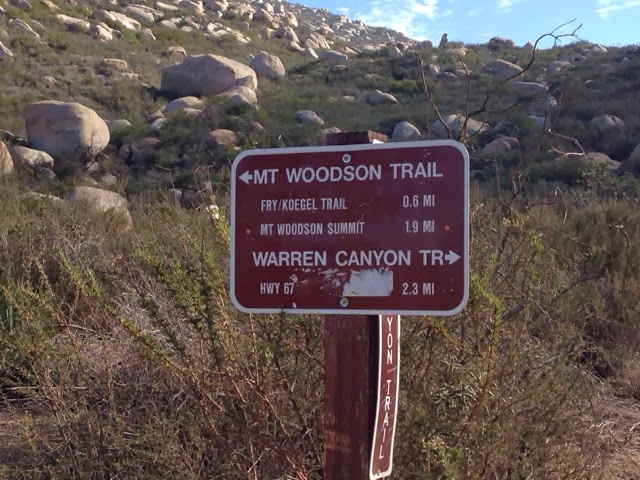 There are plenty of rock formations out here. 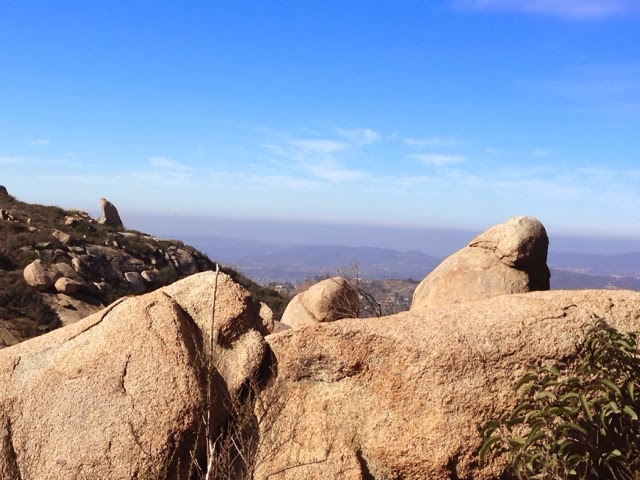 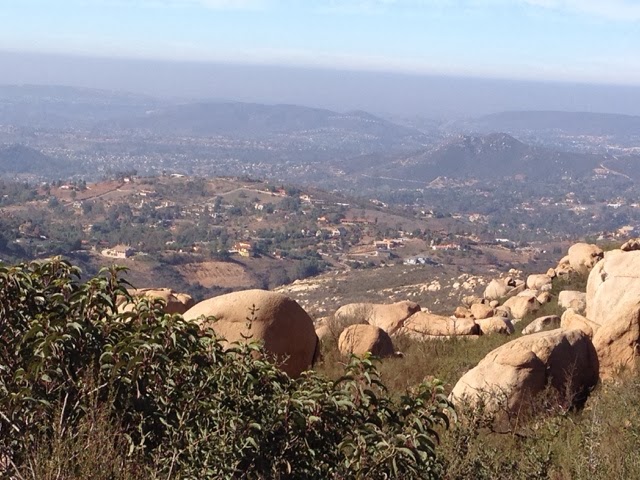 There is one tree for shade on way up about half way. 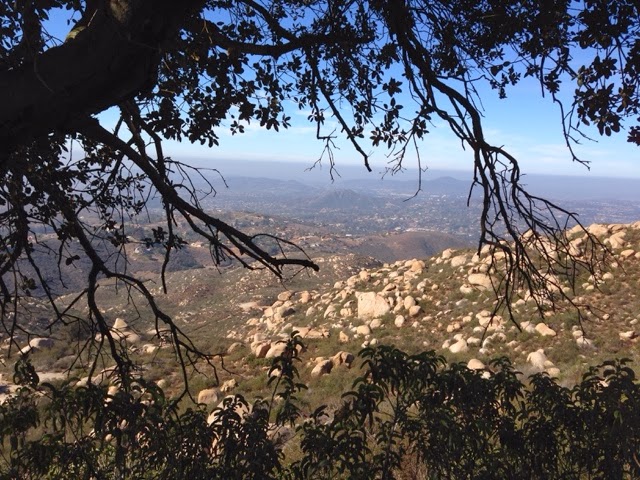 Finically walking the ridge line and although gaining altitude it is more gradual from here on. 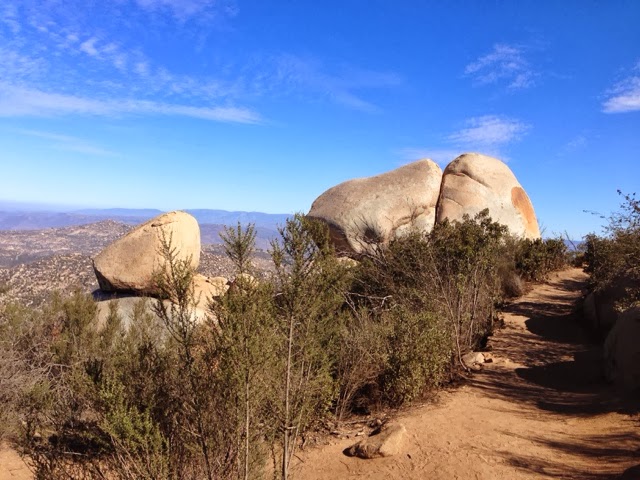 I finally can see the summit.
The woman who passed me running up the mountain passed me here running down. 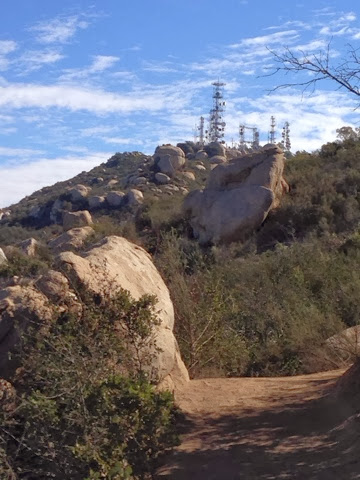 Kist below the summit is potato chip rock  and I find sitting on it.  During weekends it is known there is a line that could be 1 hour long waiting to jump across a crevasse or climb a relatively sheer rock surface. 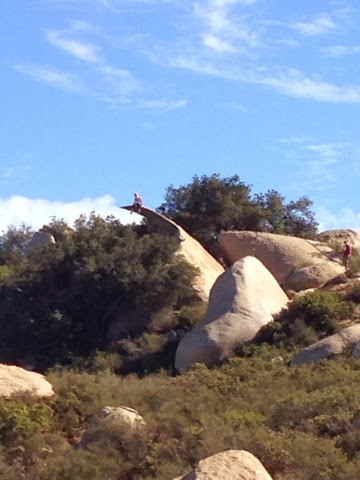 I climbed the rock next to it for this picture.  There is a 5 ft jump across to the potato chip. 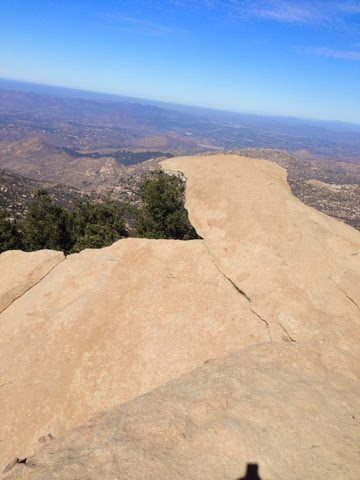 This guy and his girlfriend came up behind me and climbed the side of the rock and chose not to jump. 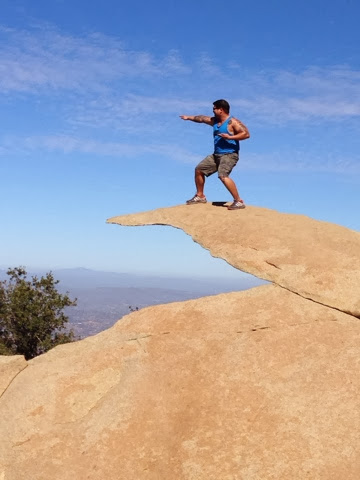 After him this guy tested the tip and told us that he oils feel the chip vibrate but not move. 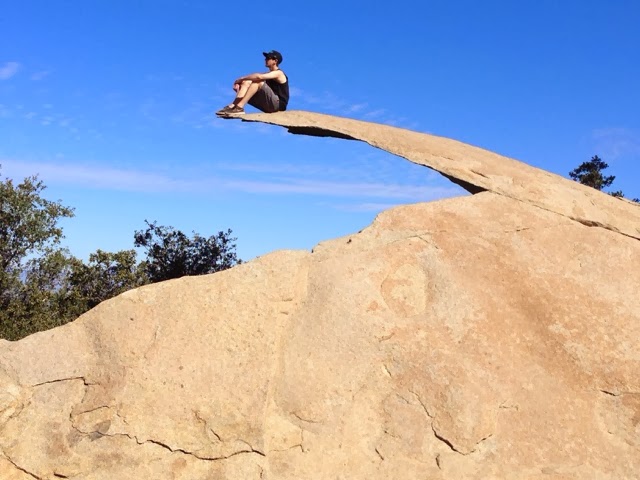 There is shade at the top under the trees. 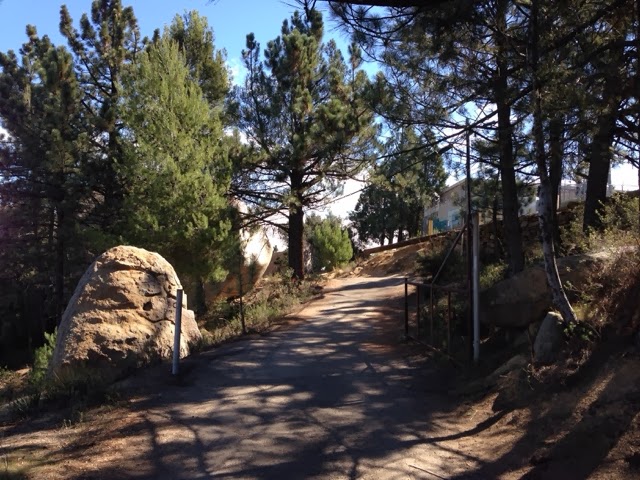 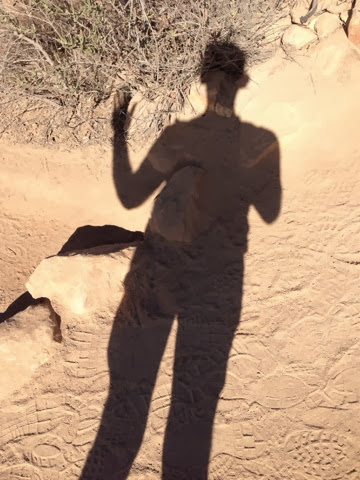 This was a great hike that was challenging.  It took me 1.75 hours up and 1 hour down.  Some have posted that the took between 2.5 & 3 hours to climb.
Hiking mountains and biking hills around are great ways to get in shape.  It is hard work but it is paying off.
By the time I was heading down there were significantly more people headed up.
Come early if you want to get on the potato chip.
Posted by Brent’s Travels at 9:08 PM