Still on East Coast time, I was up at 4am and did some work on our income taxes that I need to complete while I am on the road.
At 9am I went to the La Jolla Outdoor Market 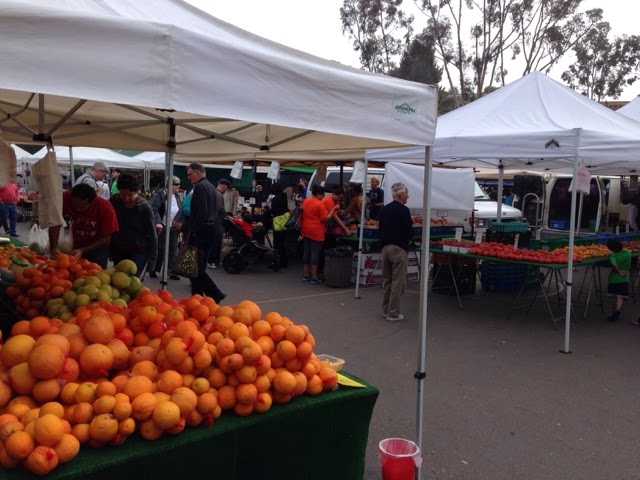 While I was there Denise asked me to see if a woman was there that sells tee shirts she likes.  Unfortunately she was not there, but I bought some oranges.  All kinds of fruit, vegstables, bread, food vendors, and crafters of all types present their wares.
After my visit to the market I went to the hardware store to look for rubber grommets to do some work on the camper.  I found some but not exactly what I was looking for.  From there I went to Von's market to buy groceries for dinner the next few nights.  I'm getting into cooking my meals. Fresh Tilapia for tonight.
My next stop was to a bike shop for brake pads for my bike, but this shop was closed.
After dropping off the groceries I decided to head out to play disc golf at Brengle Terrace Park in Vista, CA 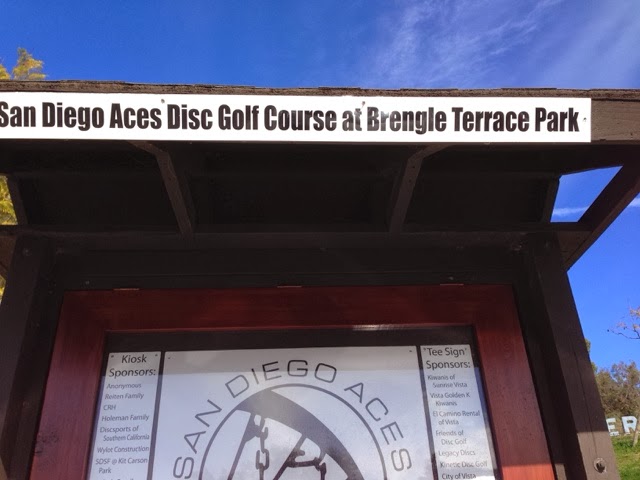 This course is up and down a hill and is a park setting so there were many people as it is Sunday.  In a couple spots we had to wait for people to walk through the fairway, but since the fairways are not marked the people didn't know.  There was one group laying on a blanket on a fairway.  One time I would not throw from the tee and chose to throw off pad to avoid the possibility of hitting someone. 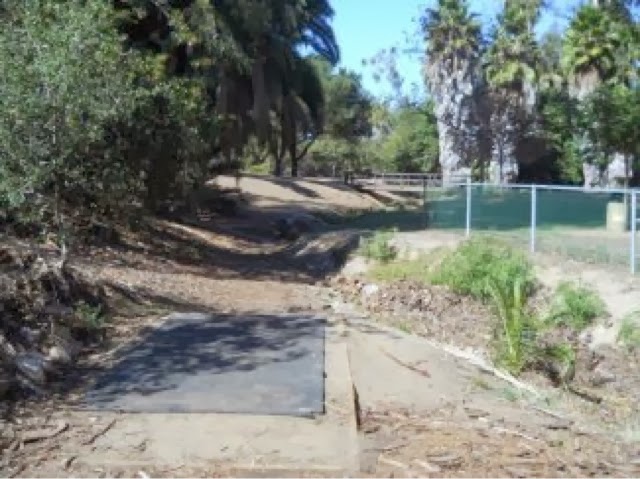 There were many players on the course today being a Subday.  I started playing just after a man and woman and they invited me to jioin them as a threesome for the rest of the course.
Their names were Thomas and Nancy from Albuquerque, NM visiting the area and they have been playing various courses.  It turned out we were all fairly equal in our own methods of playing.  Thomas (pronounced Toe-maas) had a good strong back-hand throw and had some ambidextrous abilities.  Nancy didn't have the power but had a good straight backhand when she kept her concentration.
I am a fore-hand thrower for my drives and backhand to layup and to putt.  I have had a problem with consistency due to my arm getting tired during the game so practice with playing on a regular basis has started to improve my game.
It was fun to play with others and I very much appreciated being invited to play with them.  Thomas appeared to be in his late 50's and had been playing for over 10 years.  Nancy seemed to be in her late 40's and didn't confess her experience.  I felt good playing with them having similar abilities.  There were younger folks there that can heave the disc a heck of a lot further than me.
Before parting they recommended a course in Albuquerque.
I left the park and headed over to Camping World for some parts.  I want to change out the hot water heater bypass valves that don't turn well anymore. 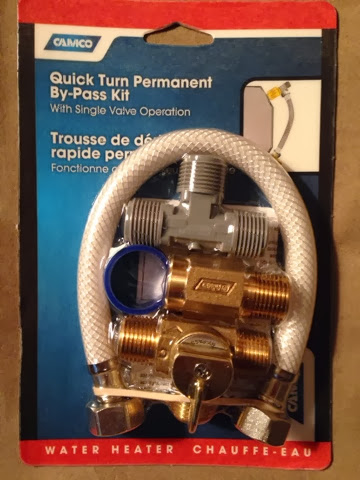 I also wanted to look into a way of getting cable tv into the camper so when at a campground that offers cable as many do I would be able to use it.  I looked at the outside boxes but I noticed a through the door or window flat cable connection that I could use on the rear door, so I bought it. 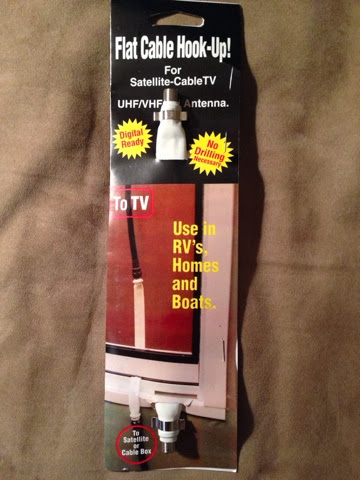 My son Brent posted a comment about the question of using cable TV and if I was looking at addressing this and I just so happened to be doing just that today.
Finally I went to Walmart looking for bicycle break pads, but apparently they have changed the design of the pad mounting as my bike is old and they didn't have my style.  I'm will need to go to a "real" bike shop.  There are plenty of them in the area.
Leaving Walmart I saw a Coachman camper van just like mine except it was white with light brown stripes and accents vs the maroon I have.
I ended at son Clayton's house and cooked the fish for dinner and watch the Olympics.
Posted by Brent’s Travels at 7:53 PM