The time change hasn't hit me yet so I'm up at 4am every day and check mail and then watch the news.  The TV has proven to be very valuable keeping me up on what is happening.  Today is a short ride to Casa Grande, just south of Phoenix.
My first chore for the day was to go to Camping World to get a new sewer hose to resolve my connection issue. 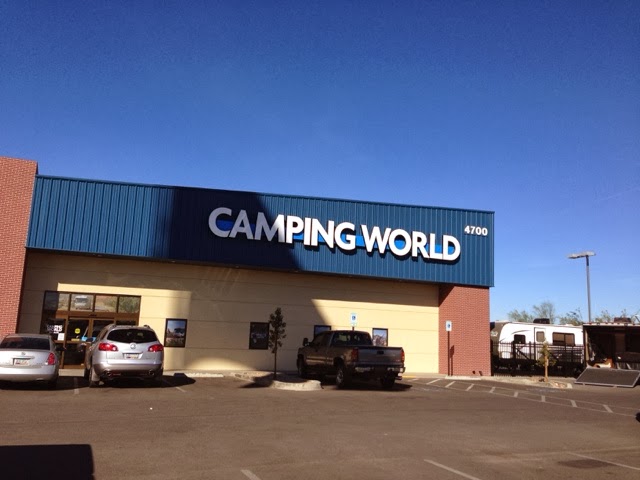 Not quite the same one I saw online, but it seem to be a good one.  Who would have known that there were so many choices.  I went with 15' and a very flexible hose as the one I had was able to be coiled easily and the cheaper ones were more ridged. 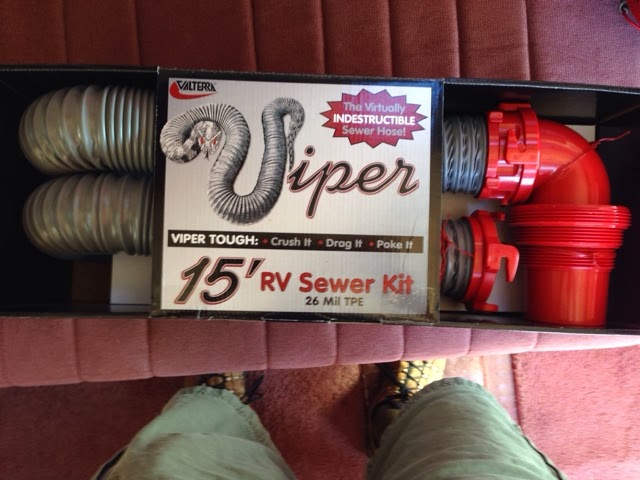 After my stop at Camping World I was off to play disc golf in Tucson at Santa Cruz River Park.  When I got there there were a bunch of guys there that I thought they were going to play and I would have to move on.  I approached them and they had just finished.  It was a very good course for being in a desert.  They had good markings other than hole 18 and the trees made it challenging.  I finally am back to my game from last fall.  Yea!  I got a couple of birdies and a number of pars.  The guys were friendly as well as group that was playing after me. 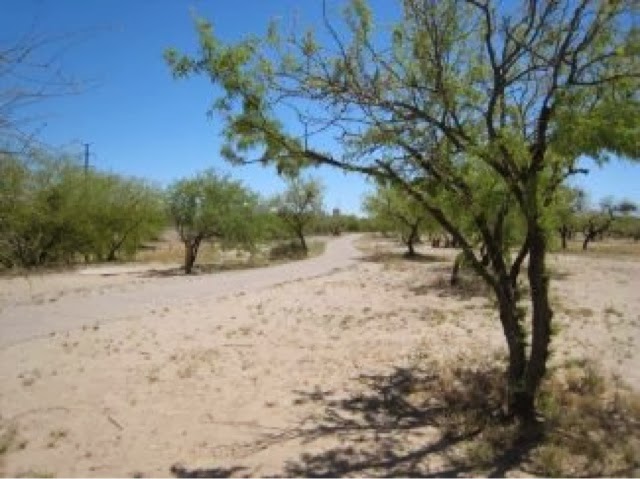 I was thinking that I would stay at the Casa Grande Fair Grounds, but a drive by showed just a couple of rigs and they may not have anyone at them.  This would be boring after last night with all the nice people staying at the Tucson Fair Grounds.
Then the question was where to stay.  My backup location was at a casino just  morth of here.  Then there were 3 camp grounds before getting back on I10.  I picked one and it looked like a mobile home park, but went in and the do take overnight stayers although most are permanate.  It is my highest priced night at $44.  The trade off is that I was a nice place and I had stopped at Walmart on the way here and bought myself a steak that was enjoyable.  It was my dunch. (The meal that combined dinner and lunch.)
My first chore was to check out the new sewer hose.  Oh no a problem.  How do I get the plastic cap off.  I failed to bring channel lock pliers.  Then I thought I have this weird adjustable wrench.  It worked! 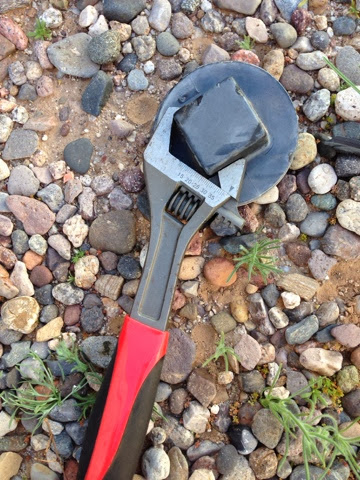 Next test the hose. 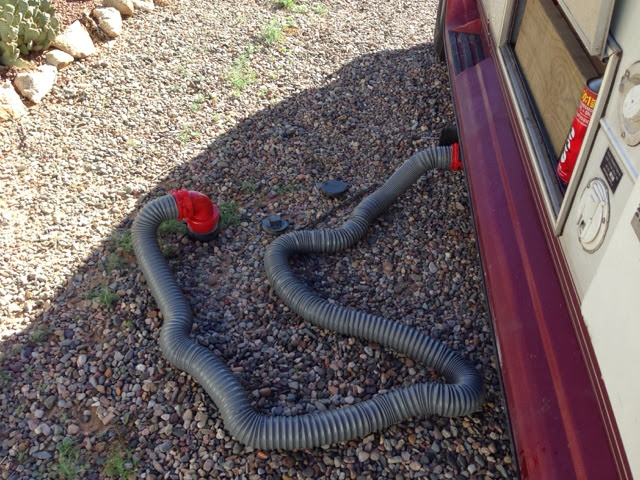 Now to show you the various pieces of sewer hose that I started with.  I had the end on one piece of blue hose and held it on the sewer hole to drain the gray water tank.  The red adapter was to big to fit the blue hose to connect together.
The gray part that fits in the drain pipe also would not fit the blue hose and was cracked and couldn't lock together. So just buying a new hose would not solve the problem. So it was best to replace everything. 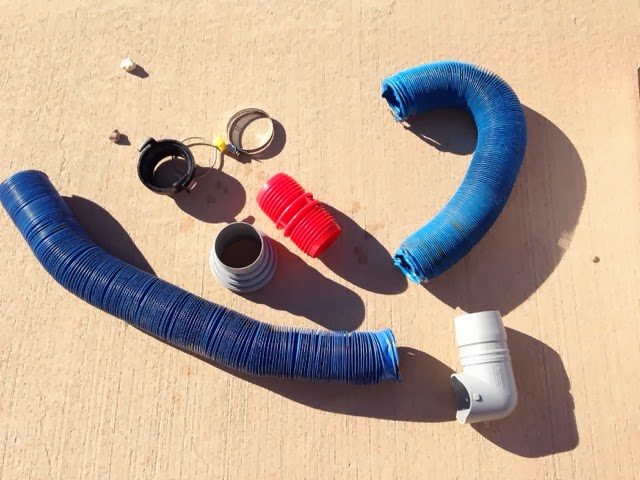 Since I was done early today I had some time to go for a bike ride before dark.  I got in a ride to McDonalds for an after dunch ice cream & ice tea.  The ice tea was for the ride back and fit well in my drink holder.  I had wnt found anyone to take a picture if me, since some of you have been asking. So here is my selfie. 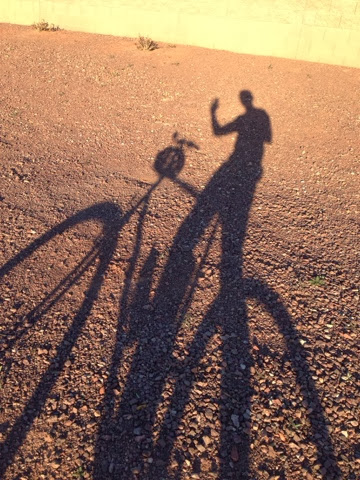 Hi all.
I went by this park on the 7 mile trip out and back. 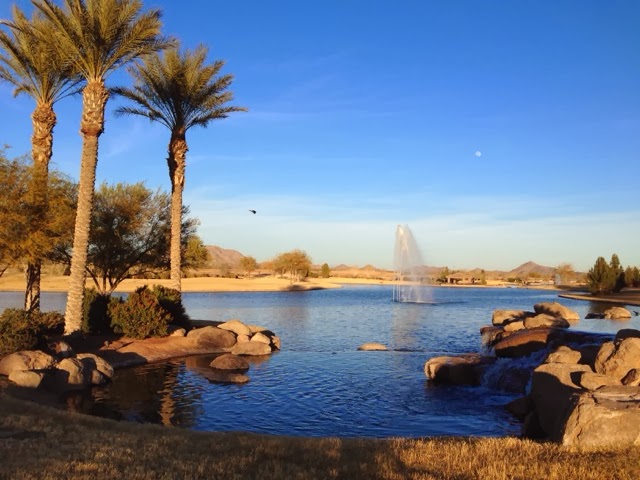 As I rode through this park I found a couple of guys that agreed to Takeuchi photo. 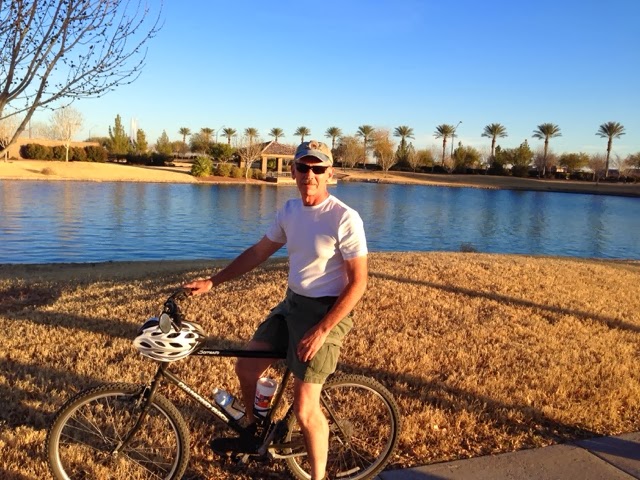 I know everyone at home and on the east coast is dealing with yet another winter storm, but those are white legs with those shorts.
When I got back it was getting dusk and there was a wonderful sunset that the photo doesn't do justice but will leave it with you as a parting picture. 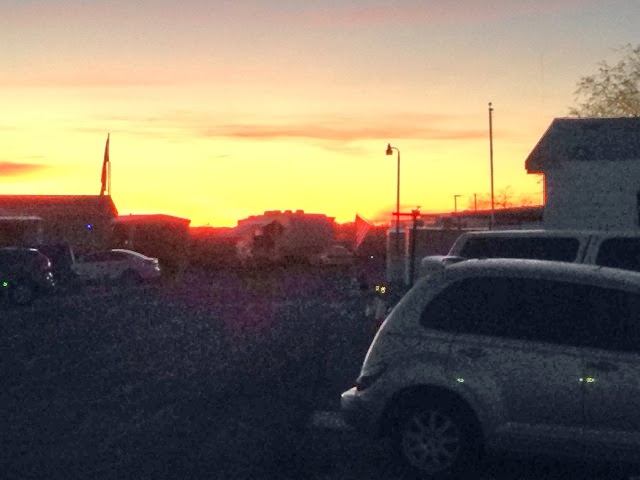