Where my son Clayton lives is on top of Mt. Soledad in La Jolla and every road is down the mountain and not a place for bicycle brakes that are not working at their best.
Here is how old and hardened the brake rubber is with both the front and rear brakes with a crack in them that were on my bike. 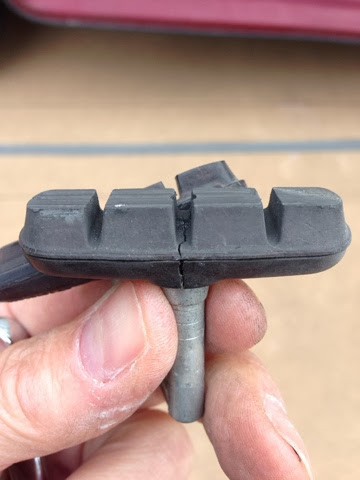 I went to a few bike shops to find one that was open on President's Day.  The one I found open had the brake pads that are old school to what is being made today, but not the real old ones that were small and had a threaded post.  At least mine are center pulled to give equal tension.  Here is the new pad next to the old one. 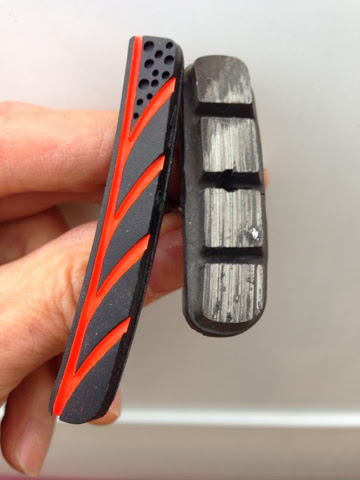 Tomorrow at 7am I need to take the camper in for an oil change and tire rotation. I hope to try out the bike after that.
I also had another biking problem in that my helmet that I had brought with me broke at the rear strap that connects the side straps and supports the helmet on the back of the head. 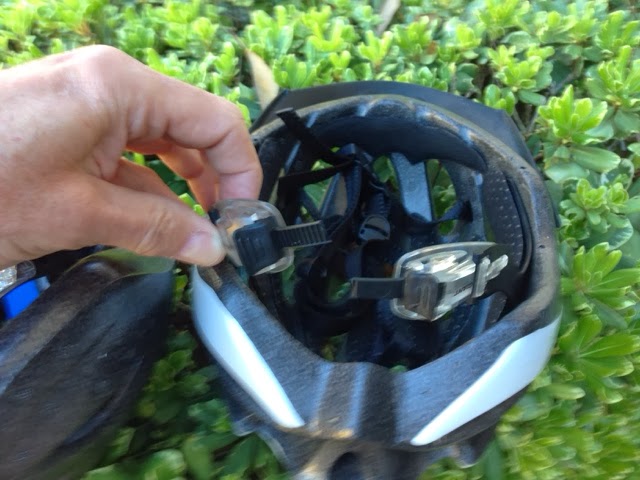 The strap was plastic and in packing the camper it must have broken.  I bought a new one at Camping World yesterday and the rear strap is fabric with elastic so the sme problem will not repeat itself. 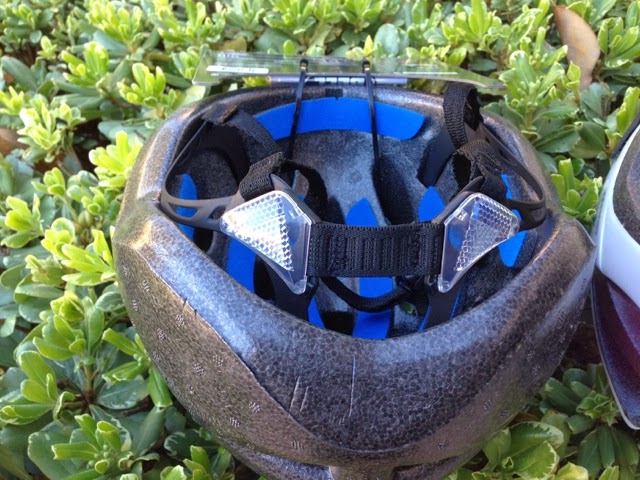 This afternoon I went to Oceanside to play disc golf but when I got there the ball golf course that hosted the disc golf had removed the baskets and no longer offers the game, but their information still has disc golf information listed.
I decided to go to Kit Carson Park in Escondido to play 18 holes. 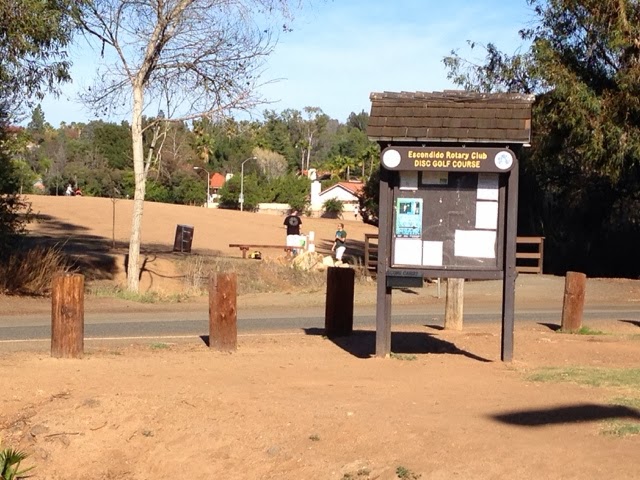 This is a well established and well played course in a park setting.  Like the disc golf I played yesterday there were times when people at the park were a bit close to play without caution.  I played all but the 12th basket as there was a group of 6 playing the basket with a group of 2 in front of me and the larger group. I leap frogged to basket 13. 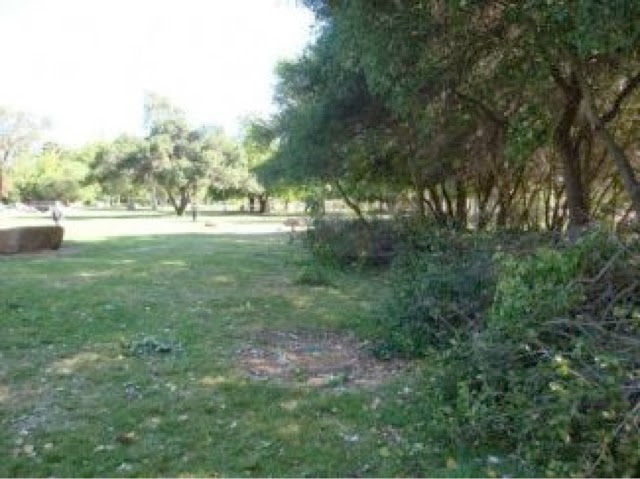 The course was flat with some sections with trees.  Overall a good course but liked yesterday's better as it was more challenging.
Meanwhile back in MA Denise was enjoying Dana, Madison & Taylor who will return to be with me tomorrow night.  Madison likes the snow and Taylor doesn't.  Children are seldom alike. 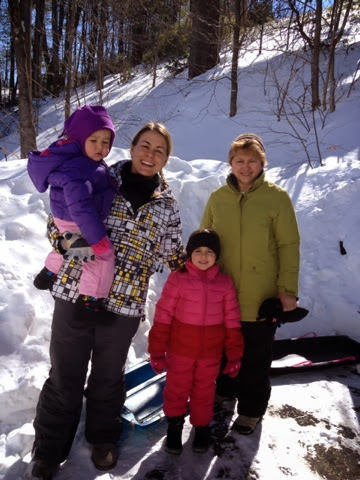 While working outside the house here in La Jolla,  The Little's came over to say hi and get bought up with what us going on.  Mr. Little is retired for some time now from them Marines having spent 20 years with them.  A pleasant man who was in the infantry and afiter the Marines he was in IT Management and taught at college.
Speaking of teaching college, I started teaching Fire Investigation at MWCC in January via an online class that I am managing while I am traveling.
I am glad I went inland a few miles as the mat marine layer came in keeping it cool and foggy at times here at the house.  Where I played disc golf the sub was out and it was in the 70's
This is what met me in the sky on my way back to the house.  Only a mile east the sun is out. 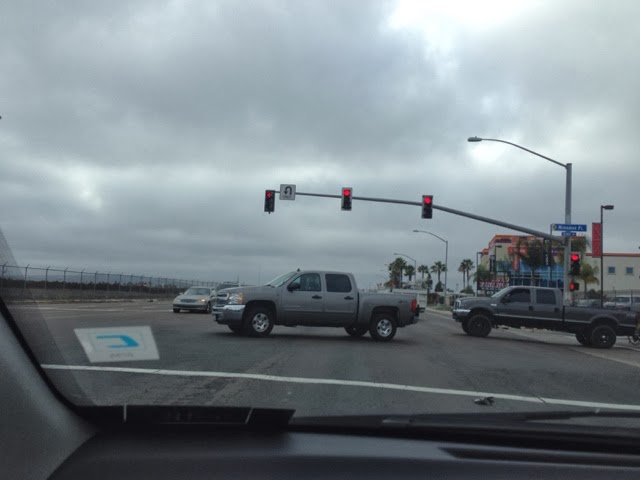 I did stop at Harbor Freight Tools in Miramar to pick up a 10mm box wrench. I did not bring my metric box wrenches not believing I would need them.  I have metric sockets with me but the ratchet and socket were too large to get it in on the bike brake.
So I bought a cheap set for $6.99 and printed the coupon befit I left this am to get a free screw driver set.  I also picked up some steel wool to take old rubber off the bike rims that had collected.  I knew my break pads were hardened as they would only squeak when I applied the brakes.
Tonight I baked boneless chicken thighs.
Posted by Brent’s Travels at 7:07 PM