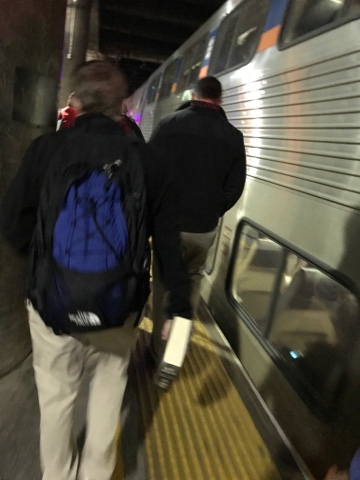 My last day in MD is today, Thursday 5/27/17, and the cool damp weather has broken.  I'm going to D.C. today to the National Museum of the American Indian.
Above I'm arriving at Union Station in DC after catching the train at the BWI station. I'm running early, having caught an earlier train. The Smithsonian museums do not open until 10:00.  I decide on a stop in Union Station at Au Bon Pain for a parfait and unsweetened iced tea. 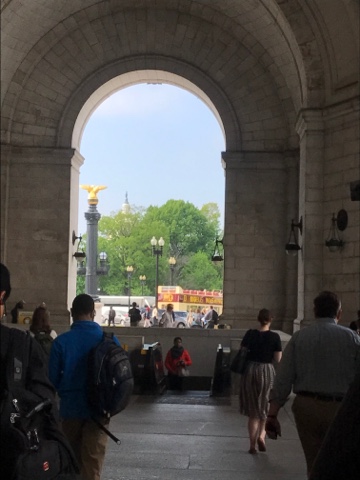 Above I'm heading out of Union Station with with other commuters using the trains. 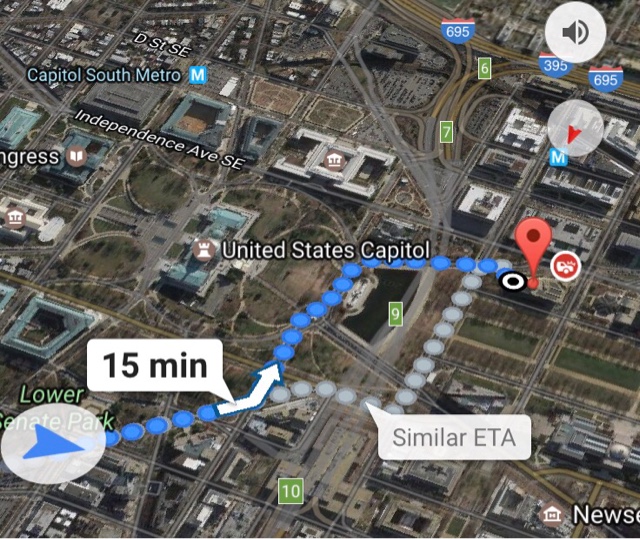 I use Google maps in urban settings as well as in the desert southwest. 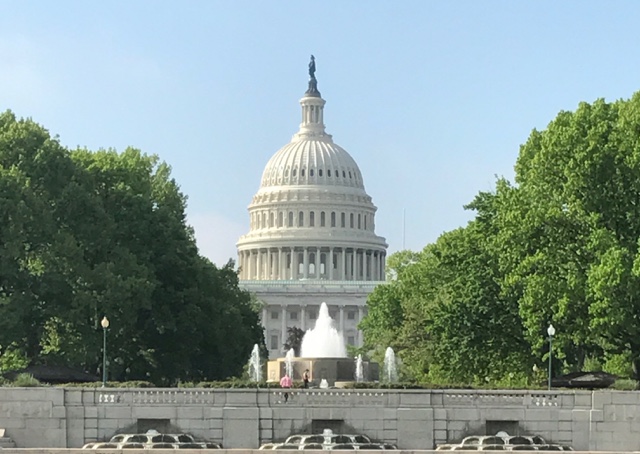 I'm walking past the Capitol on the Mall side. 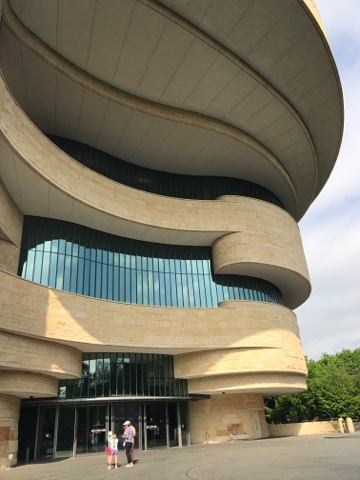 I arrive at the National Museum of the American Indian a few minutes early and I get to admire the architecture of the building.  I think it was modeled after the concept of cliff dwelling. 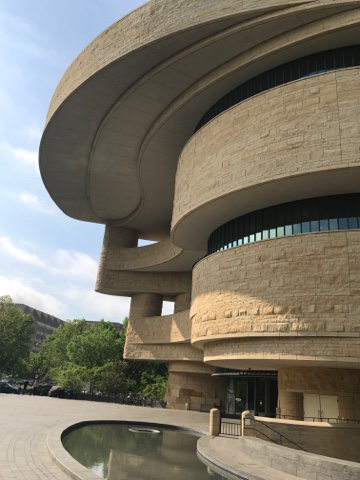 A lot went into the designing this building. 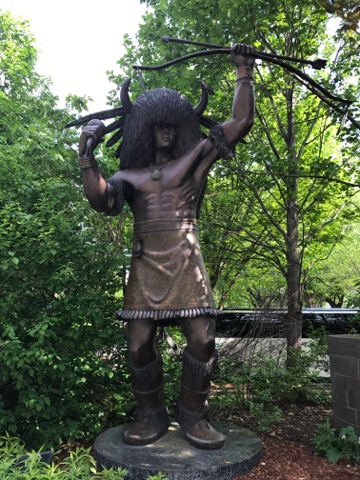 Others were also waiting for the museum to open and we examined this sculpture on the grounds. 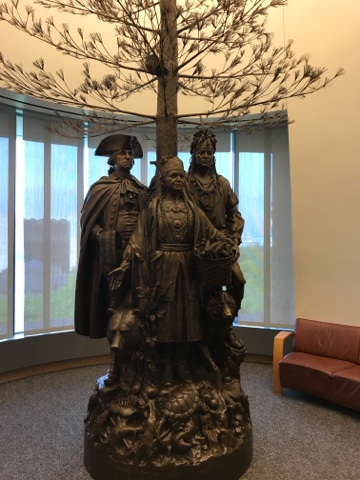 More sculptures were available to check out inside. 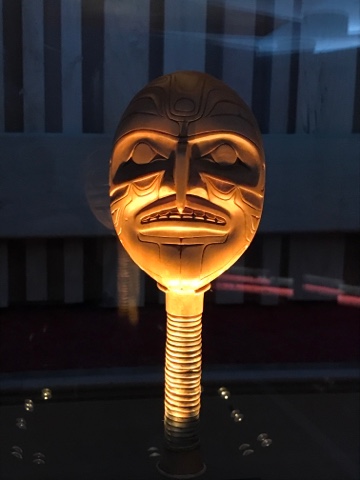 Above is a Native American carving.  The angle of the lighting brings out the details of the hand carving.
This carving is in a room on the fourth floor where you can watch a brief movie about Native Americans. If you go to this museum it is an excellent movie.
The movie is 3 dimensional in that you watch the main screen on tapestry, while another image is shown below and yet another related image is projected on the ceiling. 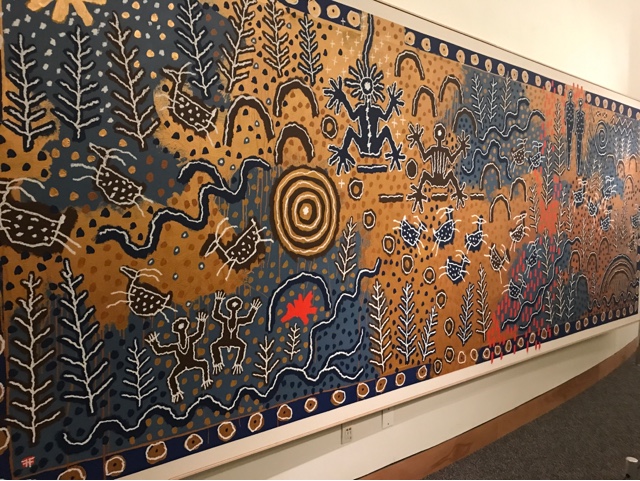 I liked this mural that captures many of the petroglyph images found in the southwest. 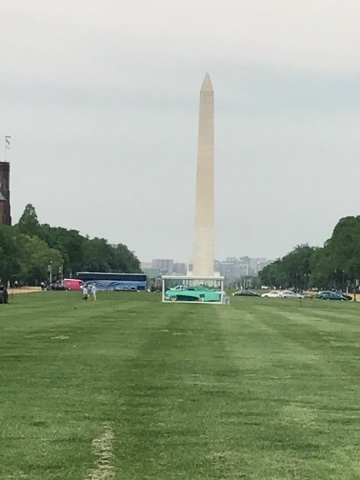 I walk across the mall and got this photo of the Washington Monument. 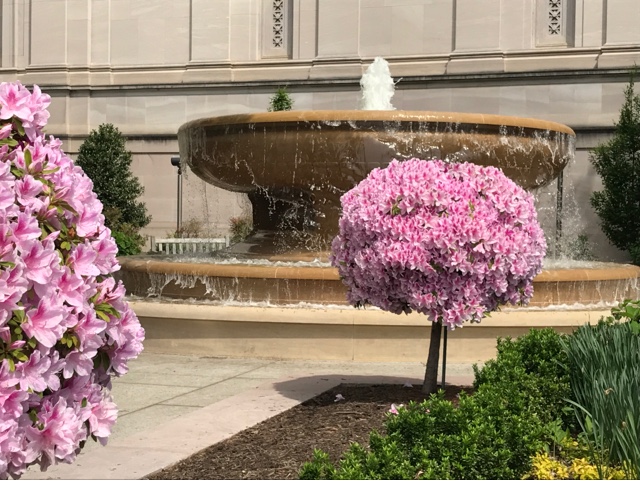 There was still some blooming in the city even though the cherry blossoms have passed.
It was a great day with warm temperatures so it was a shorts and tee shirt kind of day.
On the way back to the train I met two blind people that were having difficulty finding the track for the train back to BWI.
I offered to help and guide them and they took me up on my offer. I gave the young woman my elbow to hold on to as we walked letting them know about what I was seeing and when we were to turn.
I head home tomorrow.  It's always bitter sweet as I do enjoy my travels in my Prius, but I also need to get home to work on the yard and house.
Brent
macaloney@hotmail.com
Posted by Brent’s Travels at 7:29 PM