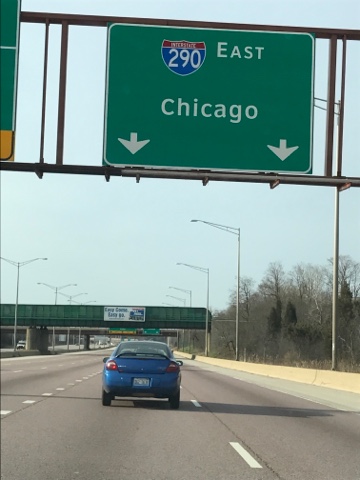 I said goodbye to my Aunt this morning and headed to southern IN / northern KY to spend the night.
I was thankful for it being Sunday with no traffic as I drove around Chicago. 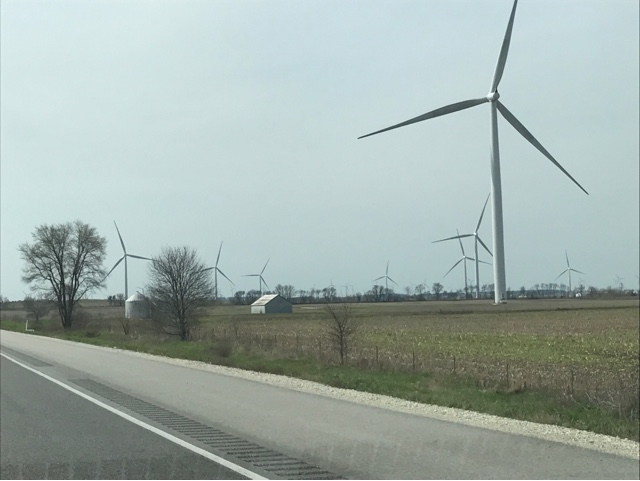 There is a whole section in western/central IN where there are many windmills. 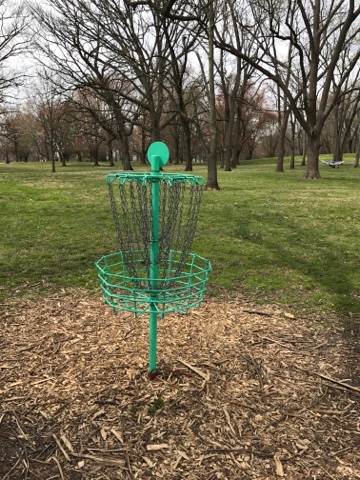 I was doing well on time and I decided to stop at Tera Haute, IN to play disc golf.
Last year I played this same course.  I liked it and figured I would try it again.  The only thing is today it's very windy. 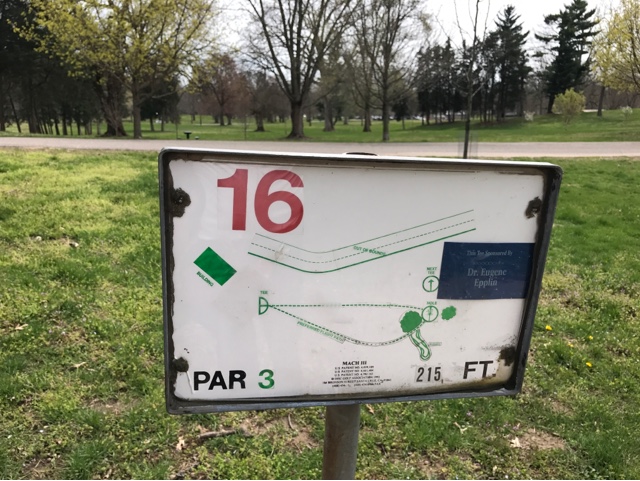 Not on this hole, but another, I was working on getting par on a basket.  I laid up to the baskets with two throws, leaving 30 ft left to put.
I don't often make a 30 ft putt, and with the wind, it was doubtful that I would make it.  I waited and a long time for the wind to subside.  After a minute or two I had a small lull in the wind and took the putt.
I made the basket and then I heard clapping and I turned to an audience at some distance giving approval for my putt.
This group consisted of 6 disc golf players heading in the opposite direction that had paused to watch me play.  I now had a first in my disc golf career. 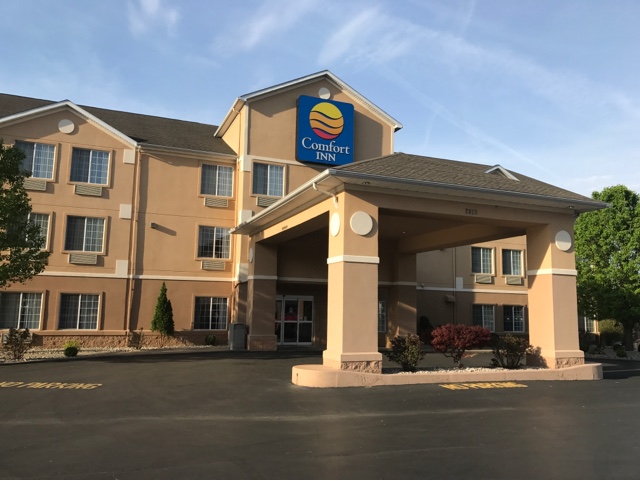 I decided to use my Choice Hotel Chain points for a night at a hotel.  My aunt doesn't have a computer or internet and my phone and iPad was looking for an iOS update and I had 50+ apps needing updates.  So for 8,000 points I got a great hotel room and breakfast for a night before heading to AL/GA. 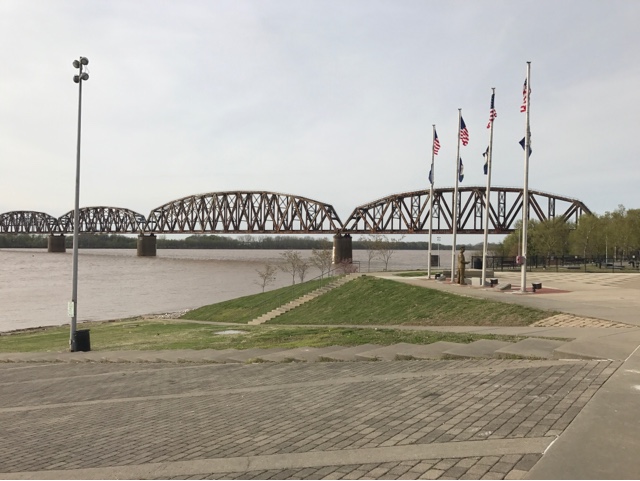 Before dark I headed to downtown Henderson, KY to see what it looked like along the Ohio River.  Above is a picture of a train bridge. 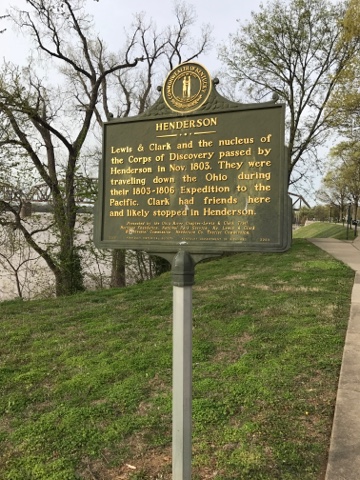 This plaque commemorates Lewis and Clark passing through on their way to explore the the Pacific Northwest.
The town isn't too interesting, although of a good size and the parks along the river were minimal.  In comparison, up stream is the town of Owensboro, KY that I visited last year and enjoyed more with a beautiful boardwalk with a lot of people out on weekends.
Brent
macaloney@hotmail.com
Posted by Brent’s Travels at 7:33 PM