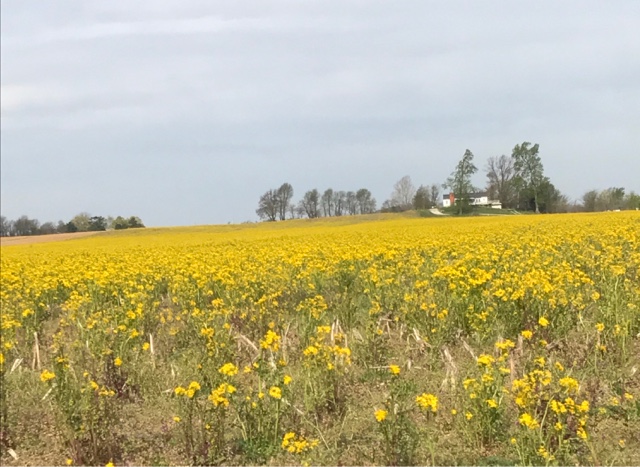 I pass yellow fields as I head south through KY.  I first saw yellow fields in OK and the vandweller I met in OKC told me they were canola plants.  I've seen these fields on my past travels, but I never questioned what they were.  They are a beautiful spring color.
For more information see: http://canolaeatwell.com/what-is-canola-oil/ 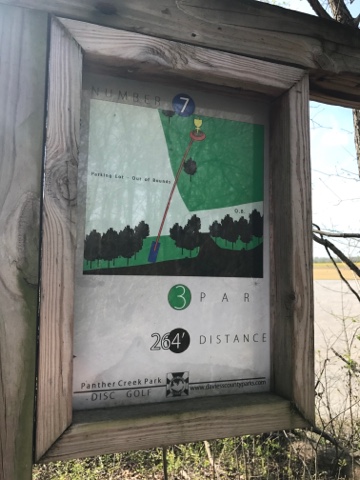 My first stop this morning is the Panther Creek Park disc golf course southwest of Owensboro, KY.
The course is played in and out of field into woods on the side.  The side woods is a raised area near a stream.
There was no one on the course as I started to play. The strong southwest winds in front of the impending cold front, with speeds of 20 mph, made playing in the open a challenge.
Either way I enjoyed the play hoping to stay out of the poison ivy that is lurking in the ground cover. 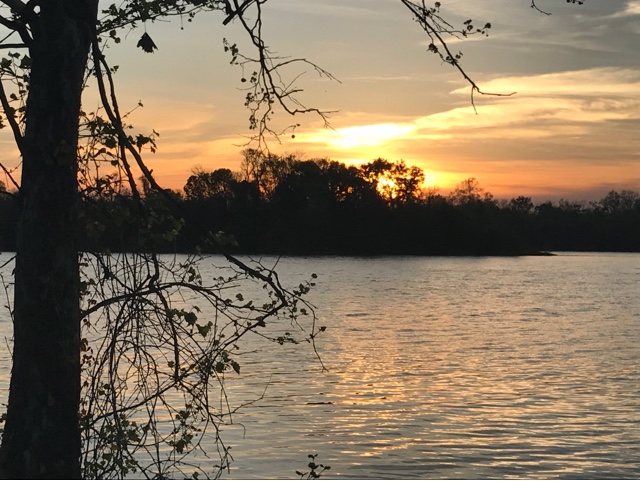 I planned an extra day into my schedule so I wouldn't have to rush to my cousin's house in Georgia, and I held some time aside in case a vandweller friend in KY needed my help.  Since my vandweller friend ended up not needing the help, I was a few hours ahead of schedule.
I had scheduled my visit with my cousin on Tuesday, 4/11. 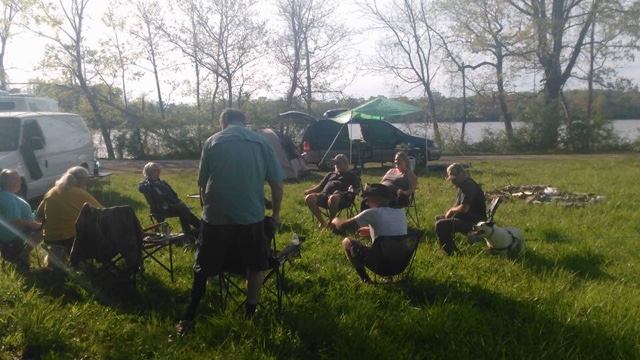 The SE GTG started last Friday here in Stevenson, AL, along the Tennessee River in the background.  This gathering was here last year and attended it then too.
The SE GTG is nothing like the RTR.  It is layed back and less formal and just a social event with no seminars.  I know a number of the people here but there are some I have not met before.  Some will come and go over the next two weeks but we will usually have 12 or so people in attendance.
My first encounter with this group was in January 2 years ago in FL before heading to AZ.  It's a roving group gathering as it moves from FL to the north as temperatures warm.
The group's informal leader is "Cuzen Dyck" and he does a great job of keeping it going. 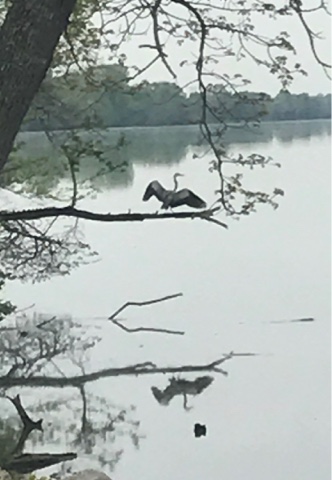 Being that we are on the Tennessee River there is a lot of wildlife.
I only spend one night as I head to my cousin's in Cartersville, GA tomorrow for two nights.  It is two hours away.
Brent
macaloney@hotmail.com
Posted by Brent’s Travels at 4:23 PM