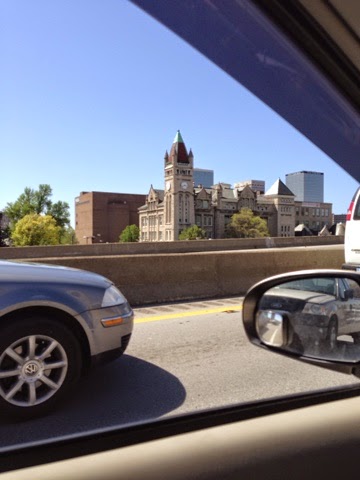 Today I got up at 5:30 and off to the heated bathroom at the campground, that didn't collect for my stay, for a hot untimed shower.  Of all the campgrounds on the trip this one had the best setup yet.
Then after a stop at McDonalds during school bus time to post yesterday's blog it was off on US31E north towards Louisville, Kentucky.
But first I need to wash clothing so a search brought me to Glasgow, Kentucky's laundromat.
Then I was on my way to the Louisville Slugger Baseball Bat Manufacturing and Museum in downtown Louisville, Kentucky. 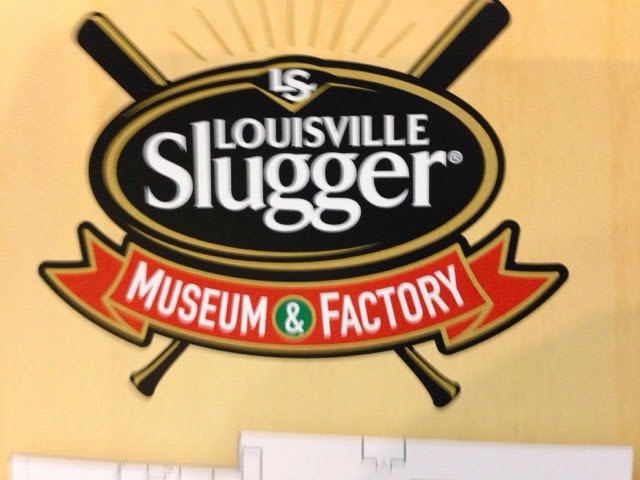 This is another place I have wanted to go to for a long time and I enjoyed the experience. 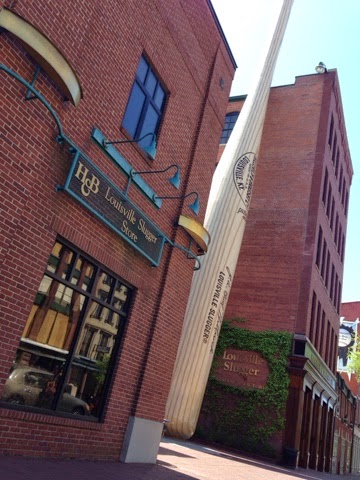 They make thousands of baseball bats from the small toy ones to the baseball bats made explicitly to the professional players expectations. 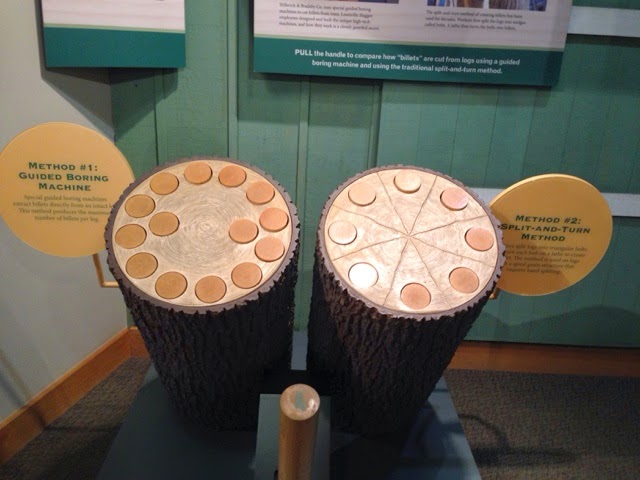 They get their ash and maple wood from Pennsylvania and southern New York and they rough the wood to 3 inches round and 37 inches long. 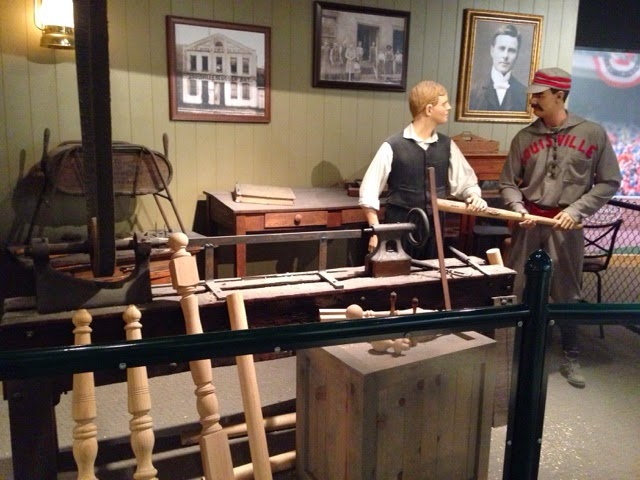 They they take the blank and turn them on machines that produce a bat every 30 seconds that is numerically controlled.
They used to be all made by hand turned on a lathe and they still make some that are built on an automated lathe using a metal template.  But all the professional bats are made on the computerized lathe for consistency.
No photography was allowd on the production floor so I can't show how they are made today. 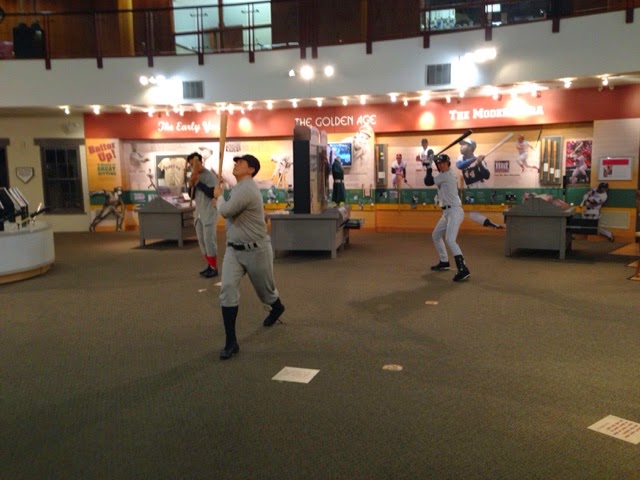 When making baseballbats for professional balplayers the players need to choose the length, weight, a color from 7 approved choices.
They can also choose if they want the tip cupped out to reduce the weight for faster swings. The pro players order their own bats usually in a quantity of 80 to 100 for the season and then they have the bill to have them made sent to the ball team.
The museum had all kinds of antique bats on display.  You could also order your own bat with your name in it.  Pro bats have the signature in script of the balplayer from the way they signed their contract.
They are making pink bats that will be used one day (Mother's Day) for breast cancer awareness.  They too make pro versions to the players exact specifications.  The bats will be collected and sold on Major League Baseball's website with proceeds going to breast cancer causes. 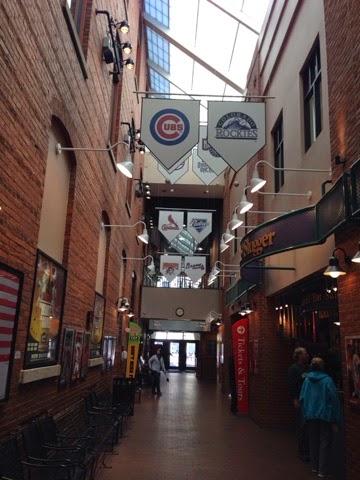 They also have a Topps ball card room and a bicycle made out of a wooden frame driven by a belt vs s chain.
It's well worth the trip and I'm glad I get to have my tours during the week when it is less crowded. 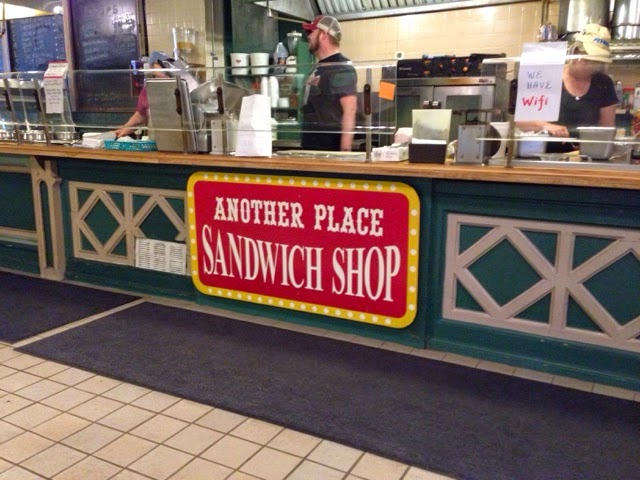 After a bit of pushing I got a recommendation from our tour guide at the Louisville Slugger Plant to the sandwich shop.
I walk in and I asked the woman behind he counter what their speciality sandwich was and she named three so I settled on the turkey with cheddar with fried salami heated on a bulky bun.
It was a good sandwich and they had others that were just as good. 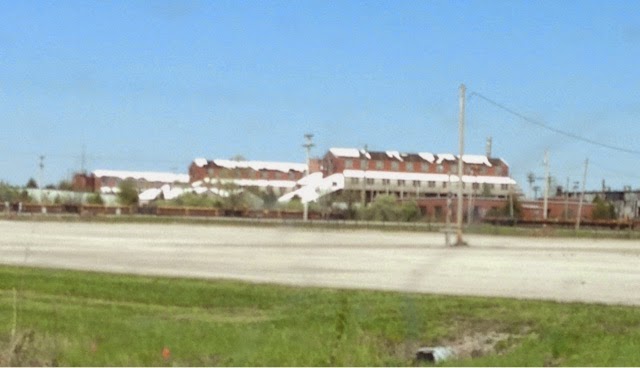 I looked at my app for finding a place to stay for the night and decided to cross over the Ohio River to an Indiana state park for the night.
I came across this industrial area on the Indiana side that was abandoned and would qualify for the term rust belt.
It was 4:30 when I arrived at the state park and the office was closed and the sign said ranger will come by to collect.
So I picked my spot for the night and it is a nice campground although I was disappointed as i was hoping for a river view but the camping area is not near the river.
I made a light dinner and waited for the ranger.  He came bear dusk and told me it was $28.86.
Now that is high for tenting and not using any services but I think there is one price for all sites as they come with hookups.
So, it's still a nice campground but no heat in the bathrooms and it's going to be cold tonight.  The shower has a water push a button and you get 5 seconds of water and push it again.  We'll see if I do this in the am and wait 10 cycles for the water to come as I freeze standing their.
Sorry forgot to take a photo of the campground.
Brent
macaloney@hotmail.com
Posted by Brent’s Travels at 5:19 PM