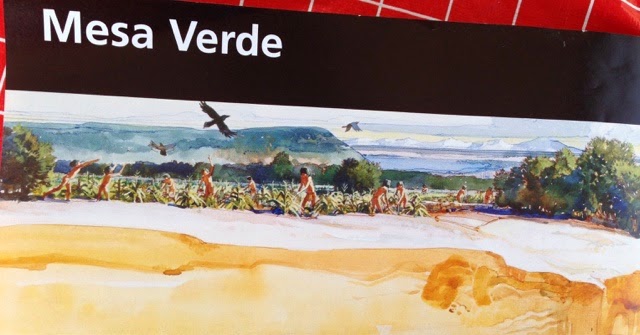 After leaving Four Corners I decided to head to Cortez, CO for downloads at Mc Donald's before stopping at Mesa Verde National Park.
I have been to Mesa Verde NP before back in the 1980's so it's been a long time.1 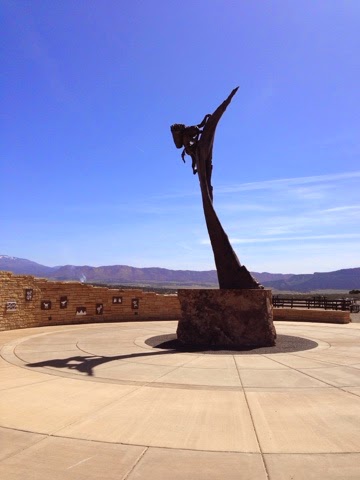 I stopped into the visitors center and learned the Park is not in full operation for the season.  This is good and bad.  The good is the Park is not crowded.  The bad news is that if you want a tour of the cliff dwellings they are not offering them.
Also the Park's campground is not open.  I would have camped there but I will need to look for an alternative after I exit the Park. 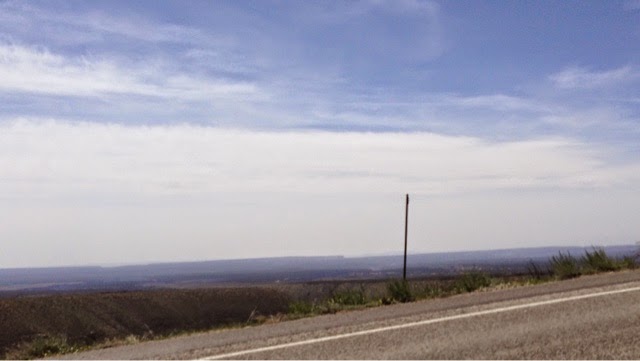 The cliff houses are 20 miles south of the visitors center.  After climbing the plateau you stay up there for the entire trip.  The above picture of the clouds indicates a weather front off to my east.  I plan to hang behind it as it moves east. 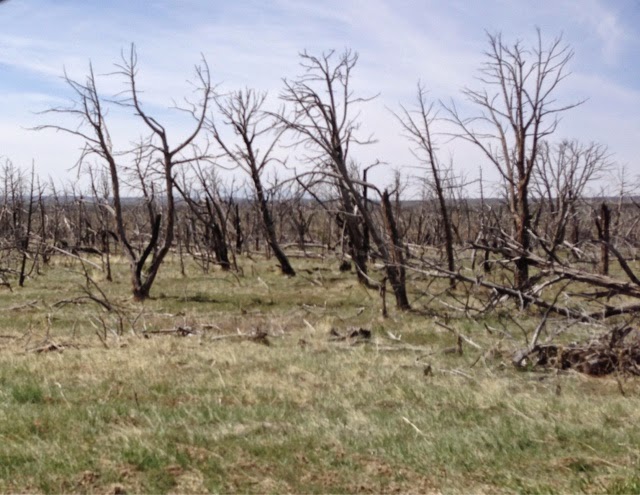 There have been many lightening initiated fires here over the years.  The scars still show. 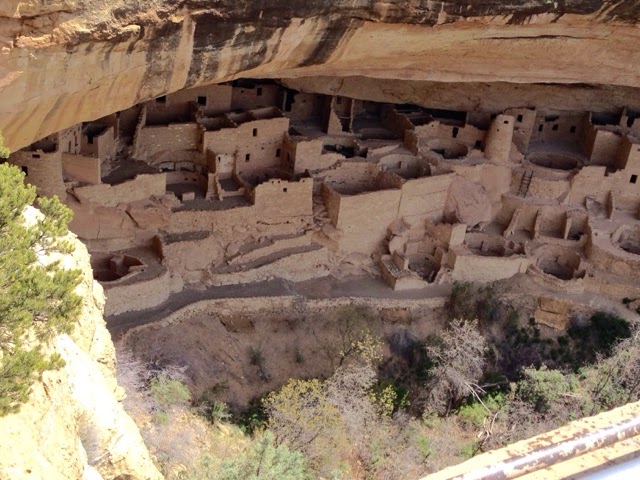 This is the Cliff Palace.  When open you can sign up for a tour to climb down to it. 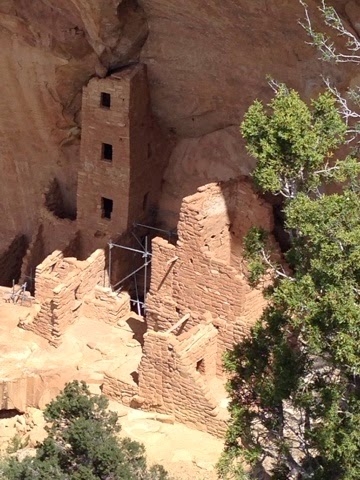 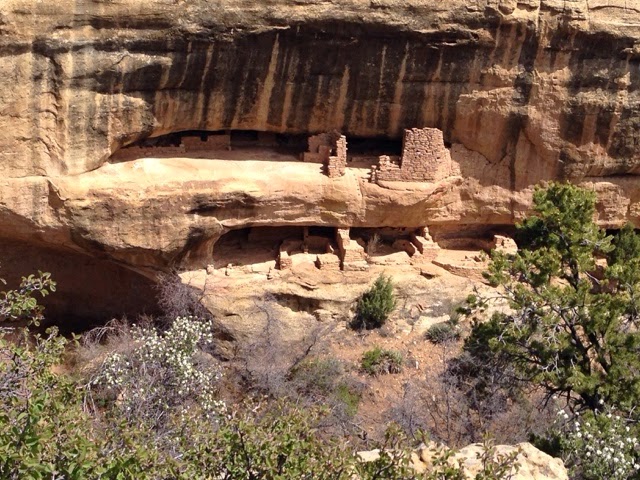 Sun Temple
The following pictures are of the Spruce Tree House.  This is at the Myseum and you hike down the canyon to view it close up. 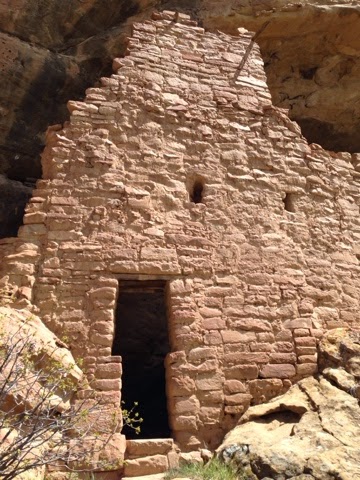 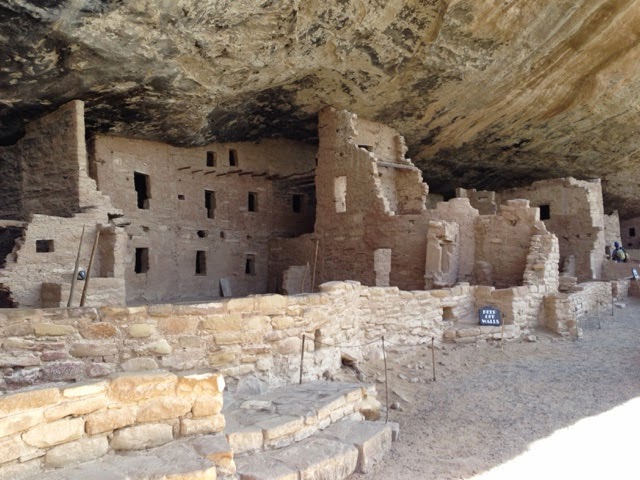 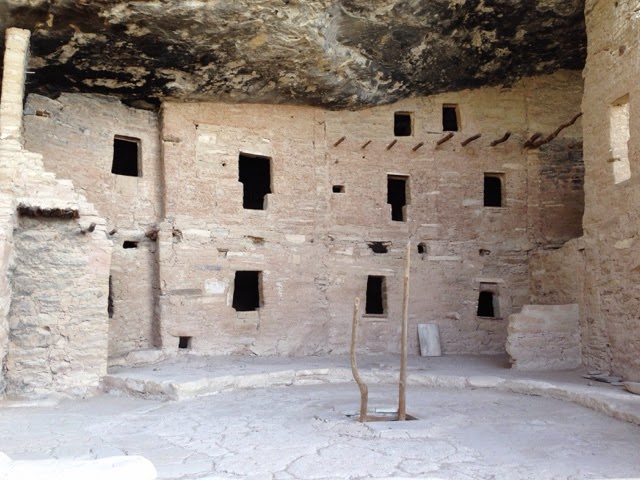 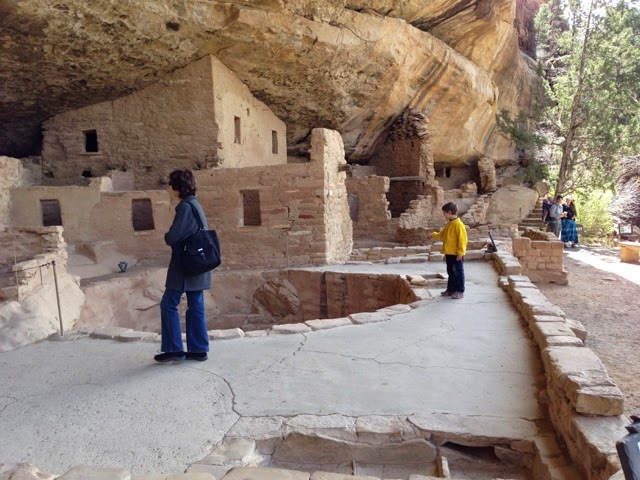 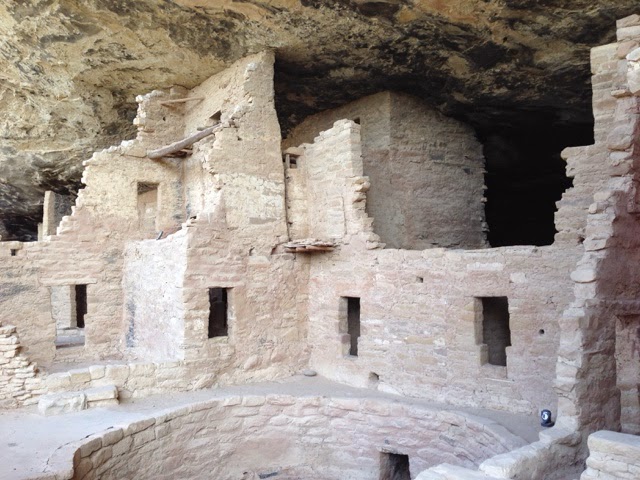 Like other ancient civilizations that existed in the Southwest it is not know why they abandoned their developed societies.
After leaving Mesa Verde National Park I drove east to Durango, CO looking for a camping spot.  Most of the places on Federal Land do not open until May 1.
From there I headed south into New Mexico as there a BLM site south of Aztec, NM.  The site for BLM is 6 miles off a paved road and after a mile in I got nervous that I would get stuck in soft sand and decided to look for another place to stay.
I noticed a New Mexico State Park 20 so miles to the east.  There was also BLM land there but it is hike in only.  I decide on the state park.  Being Friday afternoon about 4:00 pm I was a bit concerned that it may be sold out for the weekend.
When I arrived at Navajo State Park I met the camp hosts and the couple was very friendly.  There were a few sites left for $14.00 a night with water and electricity at the site. 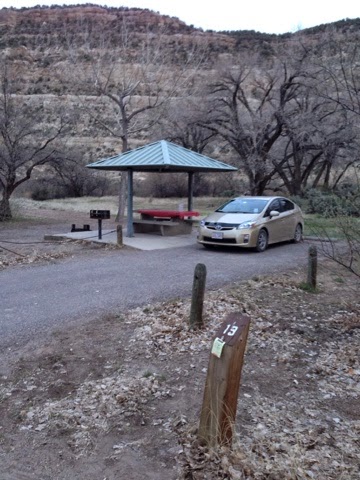 There are flush toilets but no showers.   It's a nice place now I need to decide if I will hang out here a couple of days.  It's much easier to find camping at state and federal places without a reservation during the week.  If I stay another night I avoid this problem. My site is next to the river.  The people camping next to me have waders on and have been Flyfishing this evening. 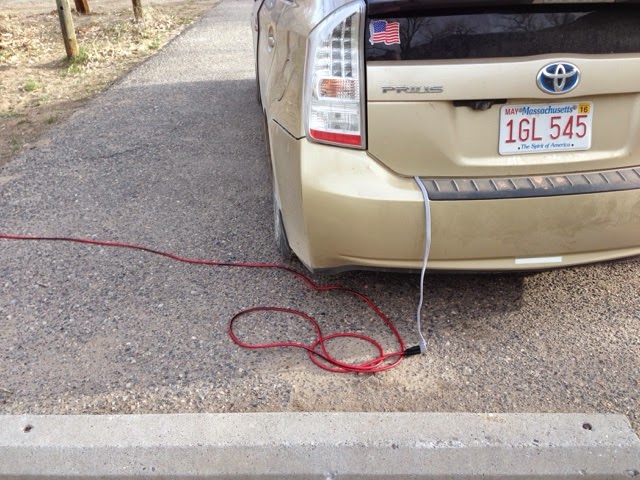 Since I am paying for electricity I have plugged in my fridge rather than runoff of the car.
Brent
macaloney@hotmail.com
Posted by Brent’s Travels at 5:56 PM