Day 77 - Vandwelling / Homeless and My Bias 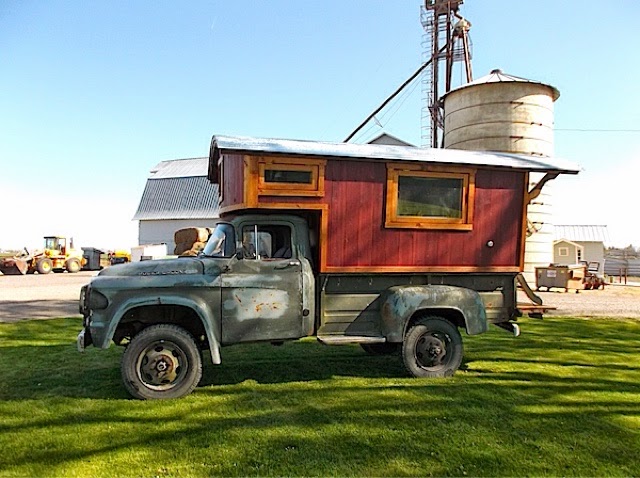 (Web photo)
In the 1950 as a young boy I remember hearing of, and seeing Gypsies in town parked by Round Meadow Pond where a building used to be and before the interstate came through town. The Gypsy vehicles were different than the single residential cars that were in neighbors yards and was misterious to me as a child.
Related Smithsonian Article about Gypsies in our country.
http://smithsonianeducation.org/migrations/gyp/gypstart.html
----------
My memory of when the Gypsies were in town that mothers and fathers would advise each other and neighbors to keep an eye on your children.  There seemed to be common belief that Gypsies may steal children.  I don't know if it was just a ploy to scare children away from them vs how much they believed we were ripe for the sealing. I know of no such incident that would bring such caution, but it was a bias. A bias that carried with me and I sm sure others through the years.
A couple of different conversations that I had during my trip one suggested I may have a bias on homeless vandwellers.  It was felt that the perceived bias may play a role in how I view vandwelling I needed to search for understanding.
First I needed to ensure that what the definition of bias was.
-----------------
Wikipedia

Bias is an inclination of temperament or outlook to present or hold a partial perspective, often accompanied by a refusal to consider the possible merits of alternative points of view. People may be biased toward or against an individual, a race, a religion, a social class, a political party, or a species.[1]Biased means one-sided, lacking a neutral viewpoint, not having an open mind. Bias can come in many forms and is often considered to be synonymous with prejudice or bigotry.[2]

Dictionary.com
A particular tendency, trend,inclination, feeling, or opinion,especially one that ispreconceived or unreasoned:illegal bias against older jobapplicants; the magazine’s biastoward art rather thanphotography;
our strong bias in favor of theidea.
The simple dictionary definitions didn't seem to fit the bias in my conversations.  The definition of bias that often blocks out all rational understanding of the other side or point of view seems way to strong or absolute.
The conversations I had were much more limited, seemed smaller and appeared to me to be nuances, and possibly caused by expressionism, common language differences, or our own sensitivities.
I searched the Internet and did find articles that point out in fact there are a biases that don't fit the absolute definitions above.

The 12 cognitive biases that prevent you from being rational

The human brain is capable of 1016processes per second, which makes it far more powerful than any computer currently in existence. But that doesn't mean our brains don't have major limitations. The lowly calculator can do math thousands of times better than we can, and our memories are often less than useless — plus, we're subject to cognitive biases, those annoying glitches in our thinking that cause us to make questionable decisions and reach erroneous conclusions. Here are a dozen of the most common and pernicious cognitive biases that you need to know about.

Before we start, it's important to distinguish between cognitive biases and logical fallacies. A logical fallacy is an error in logical argumentation (e.g. ad hominem attacks, slippery slopes, circular arguments, appeal to force, etc.). A cognitive bias, on the other hand, is a genuine deficiency or limitation in our thinking — a flaw in judgment that arises from errors of memory, social attribution, and miscalculations (such as statistical errors or a false sense of probability).

Some social psychologists believe our cognitive biases help us process information more efficiently, especially in dangerous situations. Still, they lead us to make grave mistakes. We may be prone to such errors in judgment, but at least we can be aware of them. Here are some important ones to keep in mind.