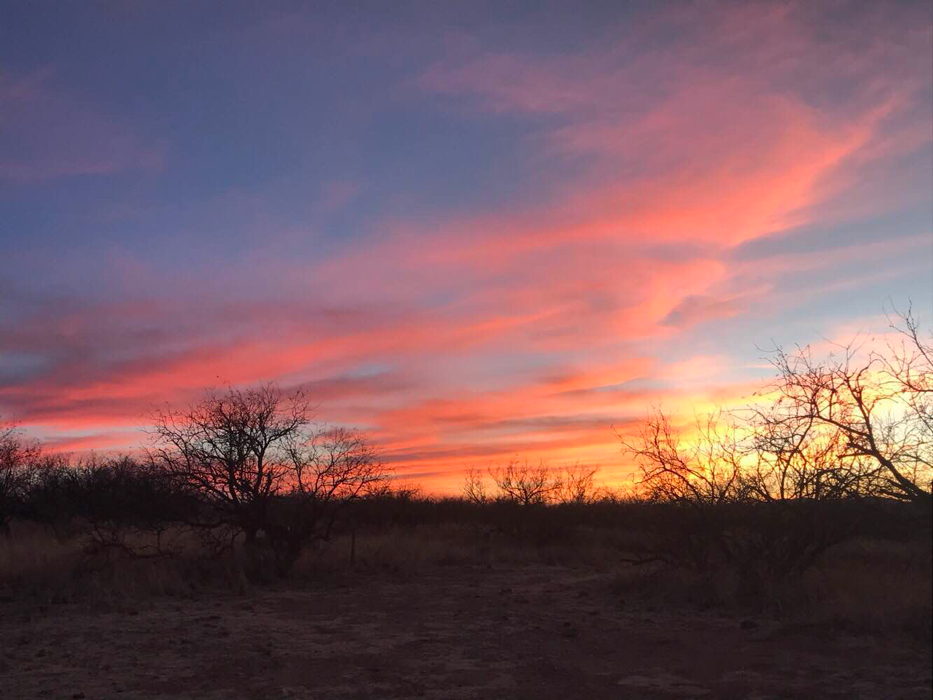 I left you all on 2/1 in Buenos Ares National Wildlife Refuge (above) and headed to one of my favorite spots, Tucson.
The reason was that my focus turned to writing about mycamper and designs.  I have 3 basic blog followers.  Those that like the adventures and pictures, those that like the technical aspects of living in the road, and those that want to know my opinion about my experiences in the truck/camper vs the Prius.
My blogs take time and for longtime followers, I don’t want to bore you with writing about the same old places I have visited in previous years although new followers may not have read about them.  I enjoy some places that I go back every year or every few years.
I have lots more technical aspects to write about my camper for you “how to” folks, but I needed to update you all on where I’ve been. 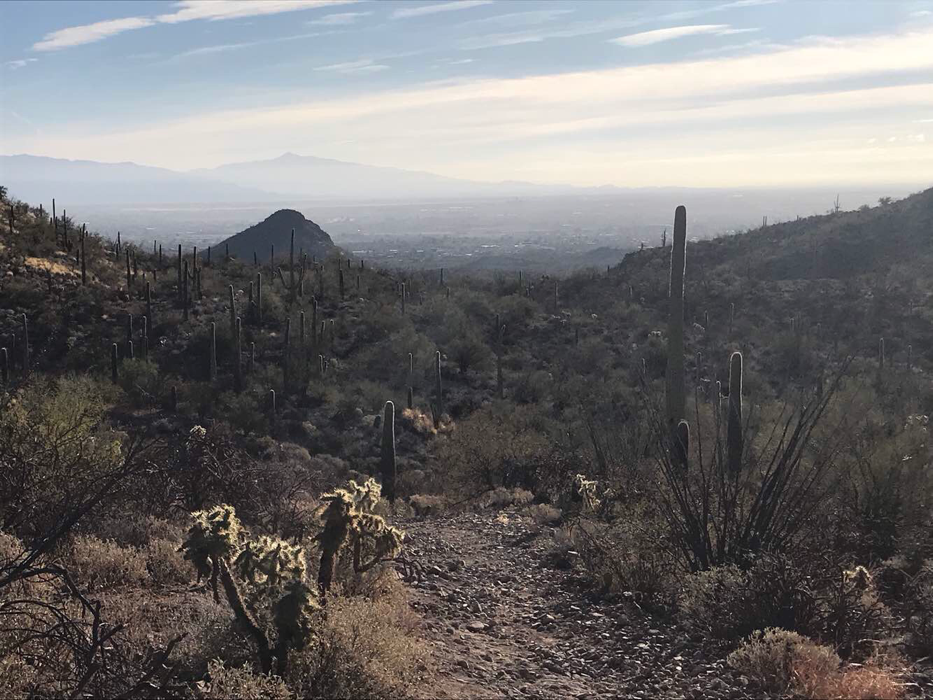 The first stop after Buenos Ares was Tucson I wanted to hike the fabulous mountains in the area.  Above I’m on the Starr Pass Trail.  A great hike on a cool morning as you have a lot of morning sun.
Tucson is one of my best places to visit for its diversity of hikes, warm temperatures, disc golf, ease of getting things you need, ease of driving, and I could go on.  This is thectime I ordered items for delivery from Amazon. 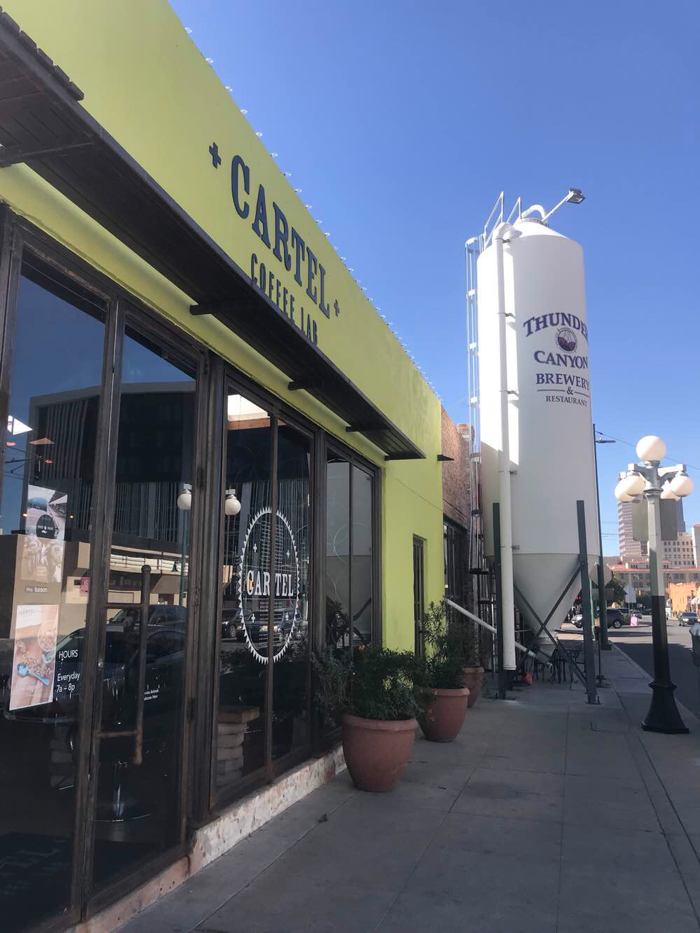 I played disc golf and visited this brew pub Thunder Canyon Brewery in downtown Tucson.
A great beer and burger was my experience 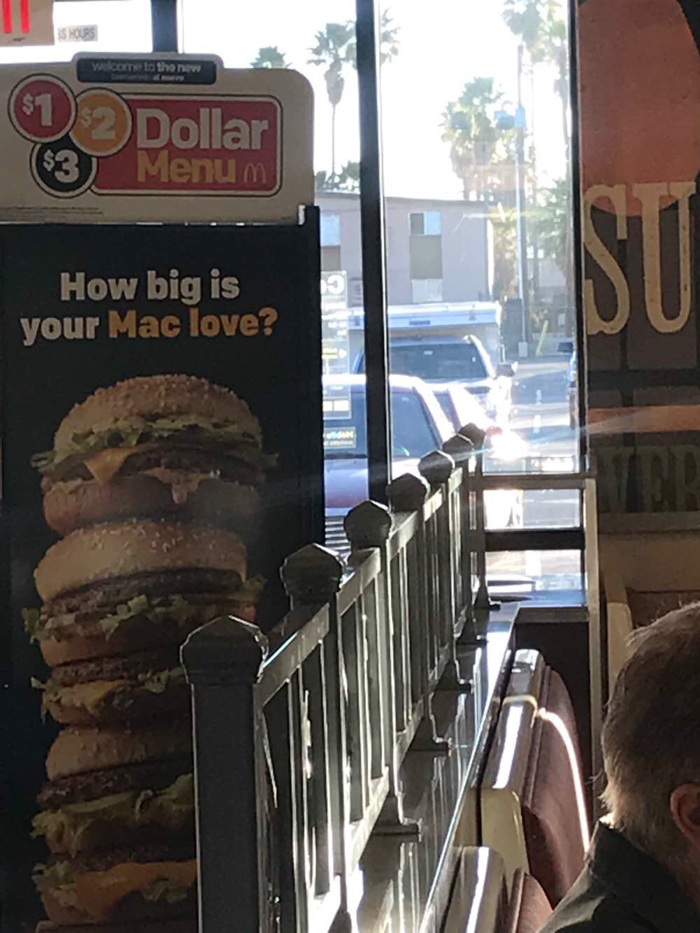 Yes I visited my favorite haunts like McDonalds for my morning iced tea and WiFi.  See my camper through the window? 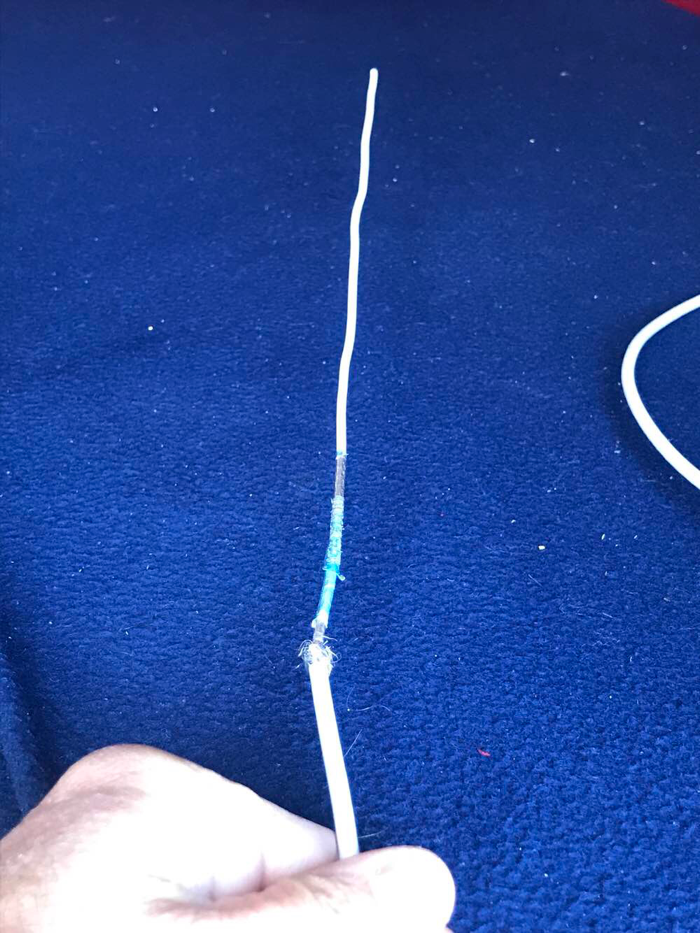 I worked on projects like my tv antenna stopped working and I wanted to watch TV so I ordered another from Amazon and made a short wire to pick up the TV in the city until the new one it came in. 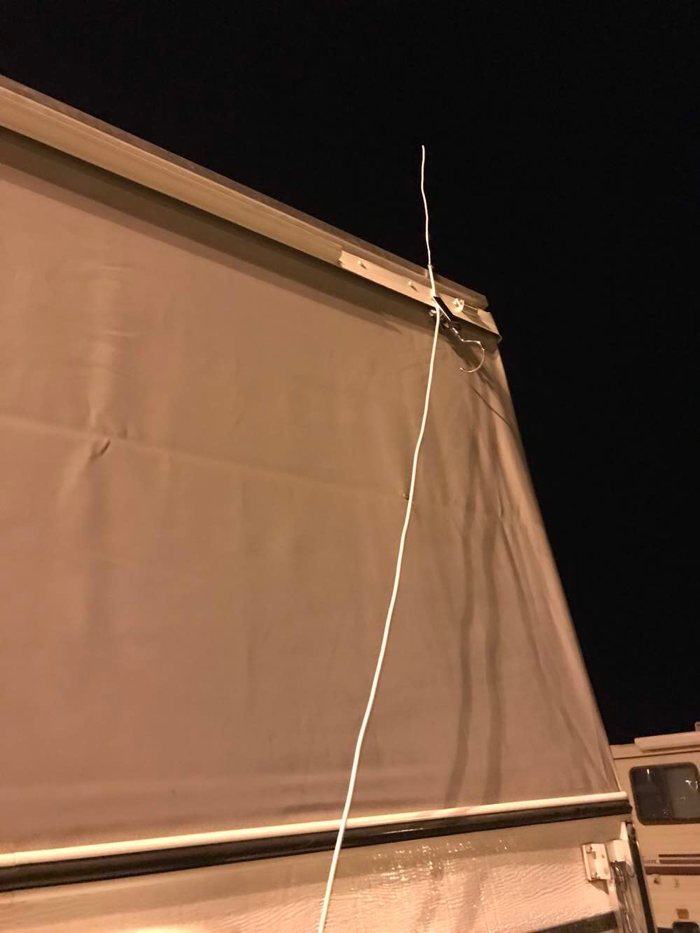 There’s my temporary antenna.  It only works in the city but good enough until the new one comes in.  I have a more perm I ate design I will blog about later.
I did get to watch the Super Bowel game in the comfort of my camper bed/lounge.  To be the subject of another blog post. 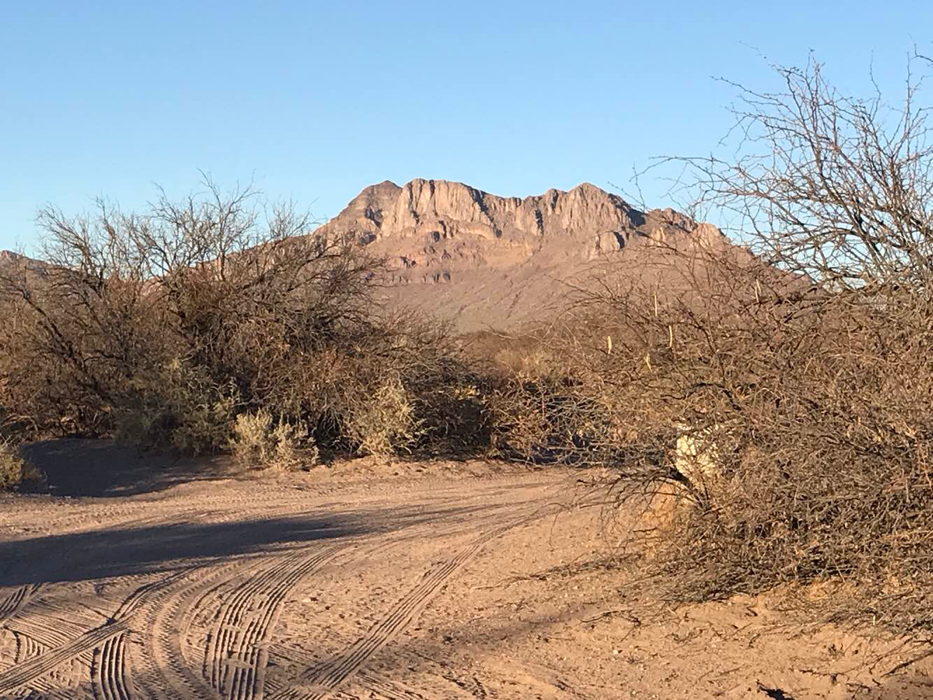 After 4 nights in Tucson where all my Amazon orders came in on time to the Amazon Lockbox,  I headed out to Hot Well Dunes (above).  This is BLM land north of Bowie, AZ.
Here there are two maintained hot tubs where geothermal water is pumped up during the day with solar.  It is $3.00 a night to camp here but with my senior park pass it is only $1.50 a night.  I’ve gotten to know the camp host over the years and he is great with the the people.
I did some desert sand hiking here and the dunes and sand use leg muscles that you don’t regularly use.
After spending 3 nights at Hot Well Dunes, I wanted to get back to Tucson for the Friday night opening ceremonies for the Olympics. 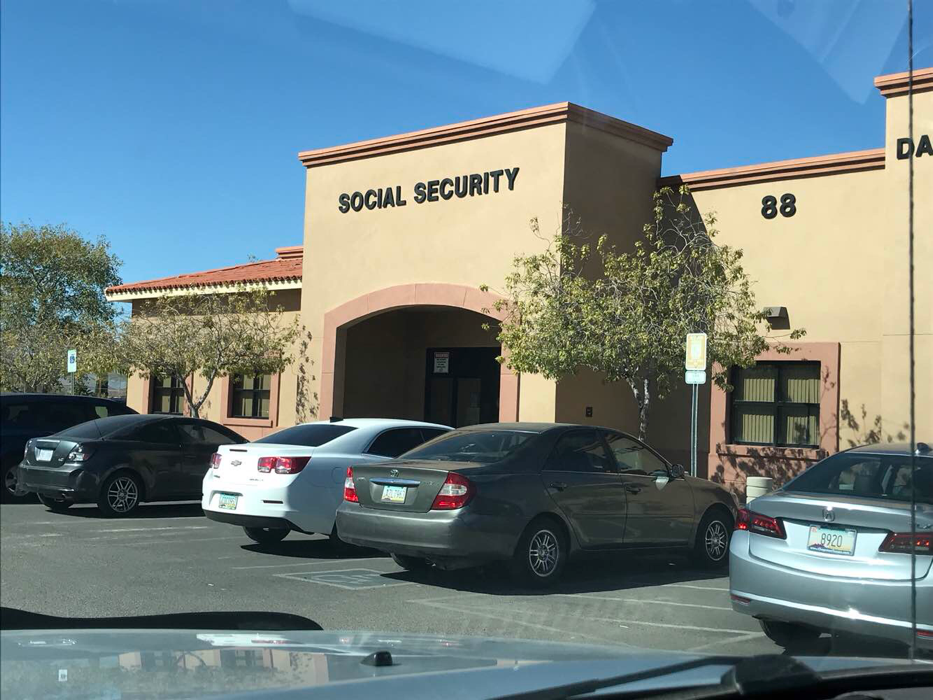 Not realizing when I elected to take Social Security distribution that there was a voluntary ability to have Federal Taxes taken out, I stopped by to the Tucson Social Security Office to address this.
I was never offered to elect voluntarily Federal Tax withholding.  I waited 15 minutes to speak to someone who offered me the form.  I elected my deduction and handed over the form and I was on my way to watch the opening ceremonies for the Olympics. 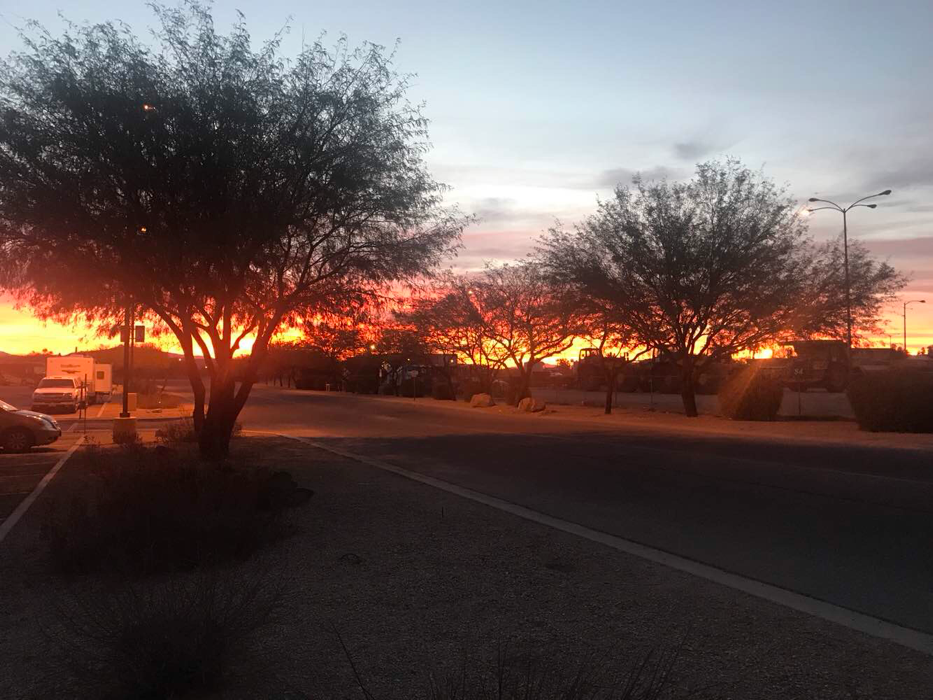 Yes there are a lot of wonderful sunsets, even in the city. 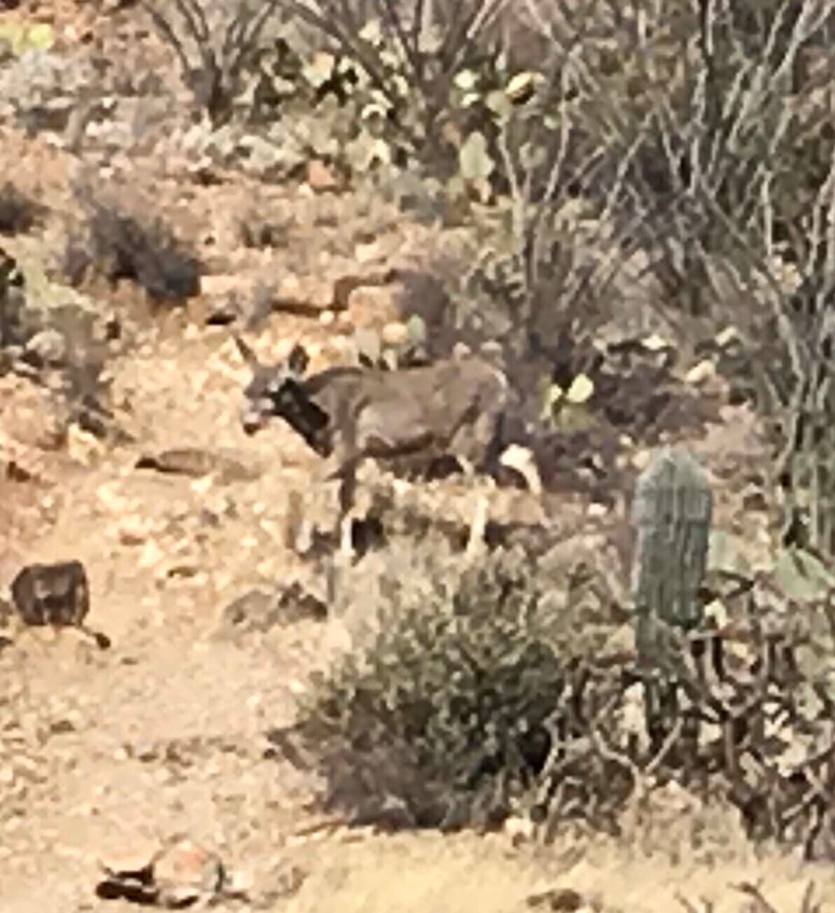 With my foot feeling much better these days and many short hikes behind me, it was time to try my favorite long hike in Tucson.  That is King Canyon to Wasson Peak.
With an early start you often get to see wildlife.  The above picture is one of 6 deer that crossed the upper part of the trail. 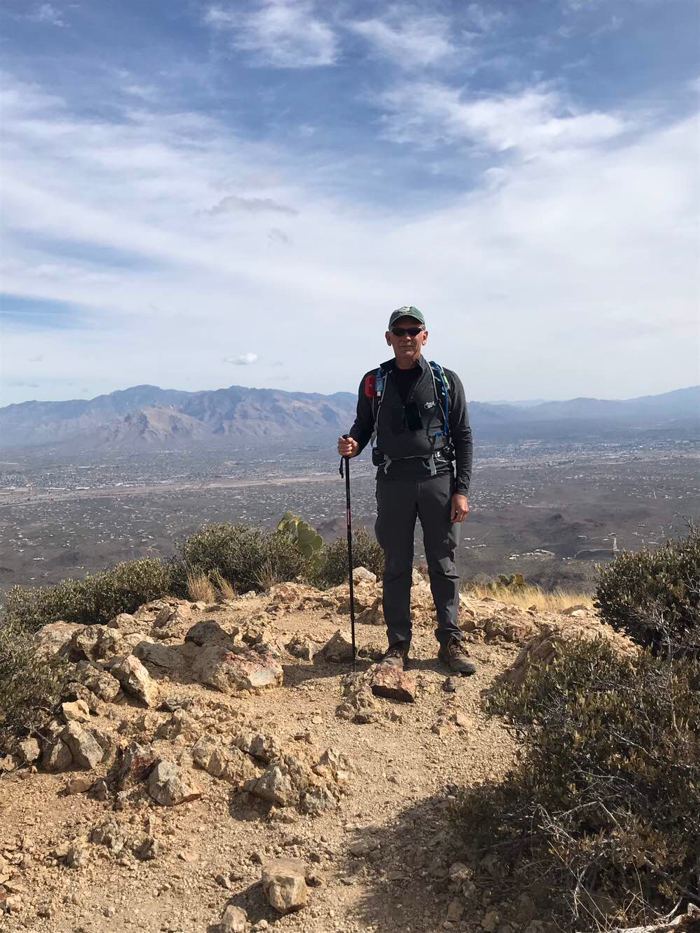 This hike was right after a storm came through so it was a bit cooler and quite windy.  This Peak has great 360 views of Tucson and west to Kitt Peak.
I met a couple that are here for a brief vacation and were touring the sites.  They picked Wasson Peak for the same reasons I like it.  They parked in Saguaro West National Park side. 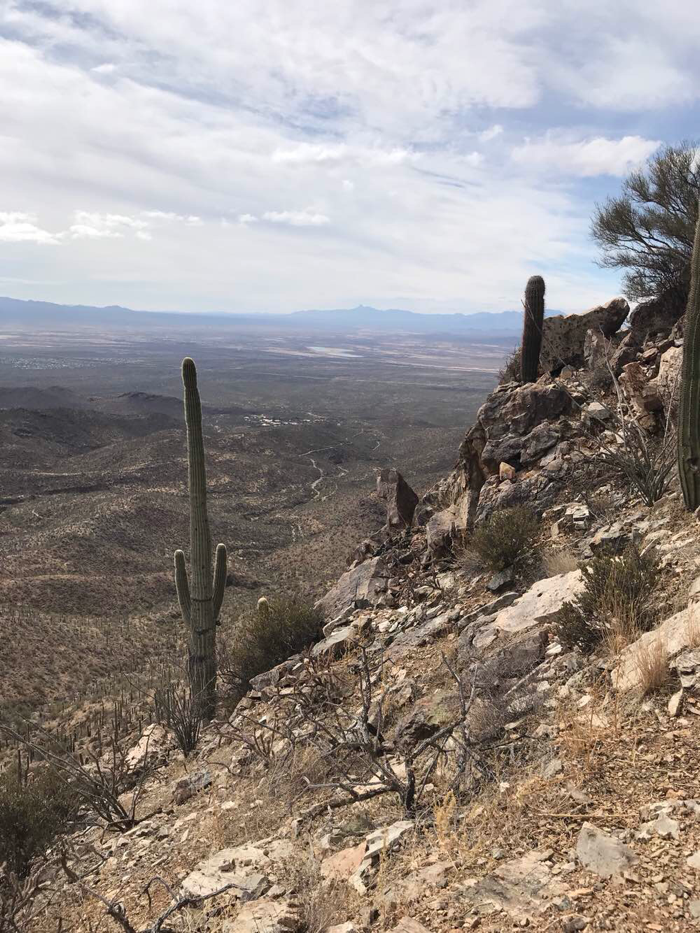 This section of the trail shown above is the steepest and there are switchbacks for the incline. 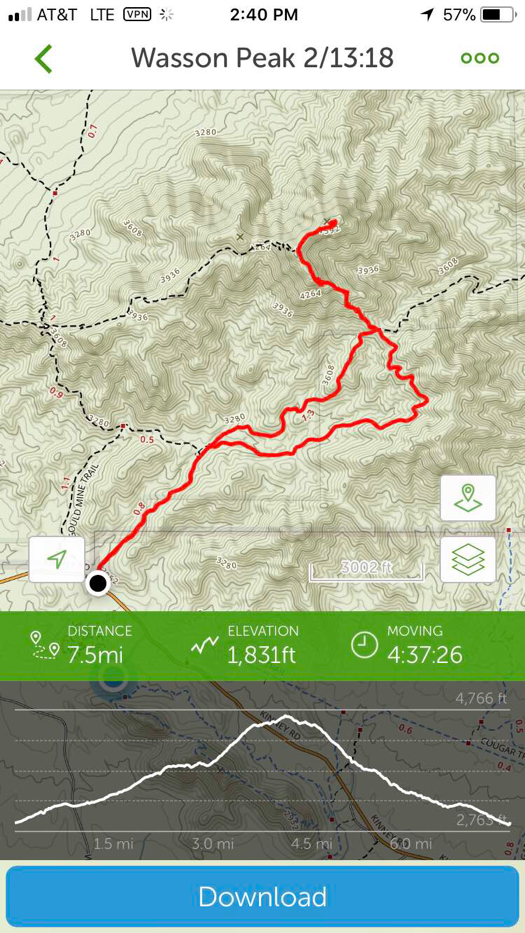 I took a discontinued trail on the way up.  In the picture of my AllTrails hike record above, the side loop to the right is a trail no longer marked or shown on maps, but it is very visible from a distance.
Google maps showed the visible trail, so I put pin drops at the turns to find my way.  Since there is less foot traffic there is less erosion and rocks to twist the foot. 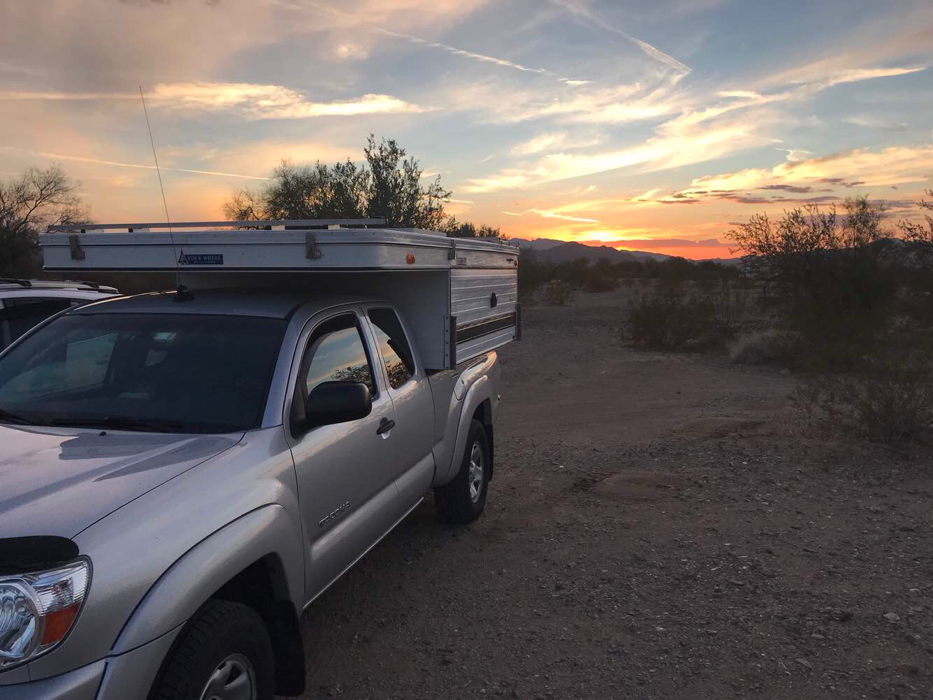 After spending nearly a week back in Tucson a storm was coming in that would linger for a few days and to the southeast of the state.  I spent one night in the rain and it was time for me to seek out sun so I drove to Quartzsite last week Thursday. 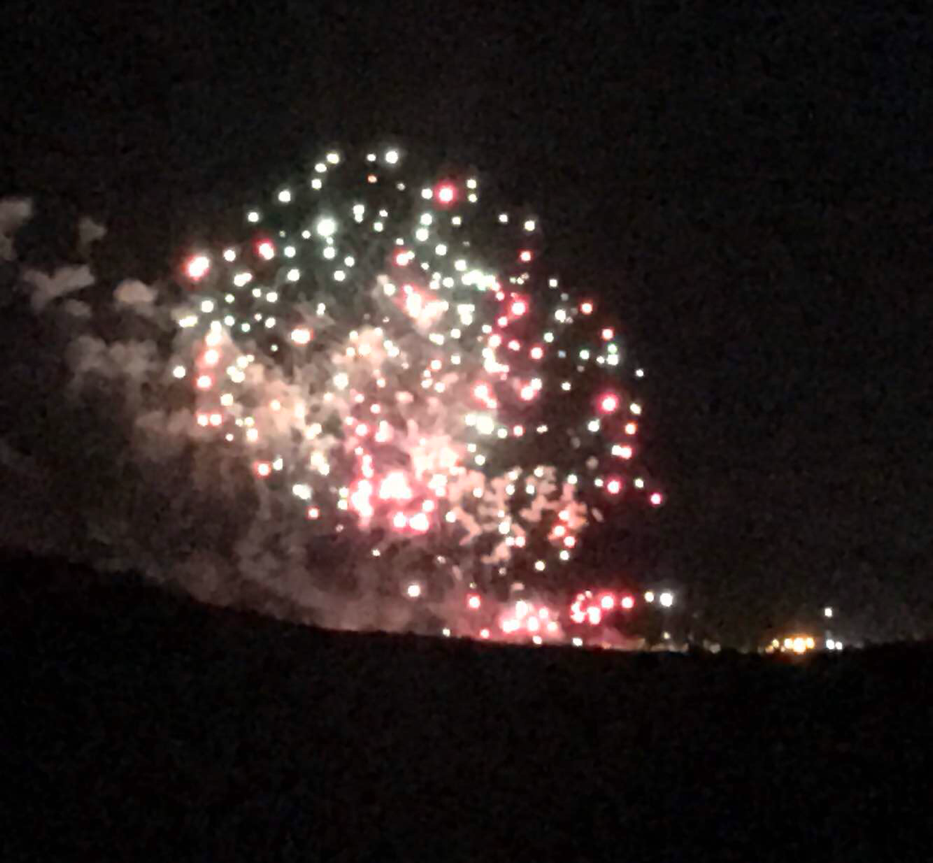 On Friday I texted some friends in regards area and we met up on BLM land just south of Sara Park where the Lake Havasu Fireworks Festival was taking place.
We climbed a hill to watch the firworks with the intent to go to Sara Park on Saturday for the larger fireworks night. Saturday night the fireworks started at 7:30. We went over at 5:00 and all parking was full, so we went to a higher part of the hill and watched the fireworks from there.
It was good but there was too many delays between companies competing at the event. 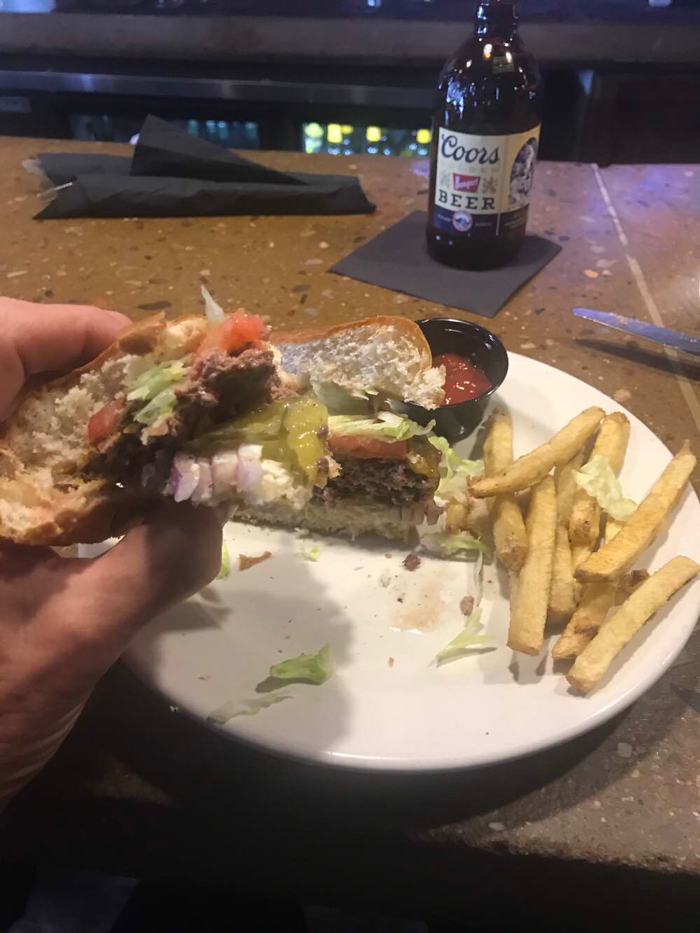 Sunday morning 2/18 - Day 42 I visited the Lake Havasu City Swap meet.
Next to the swap meet is a restaurant that offers $4.99 burger meals as a special Sunday lunch.  I had seen the long Line in the past trying to get in but the line was relatively short and I got in. 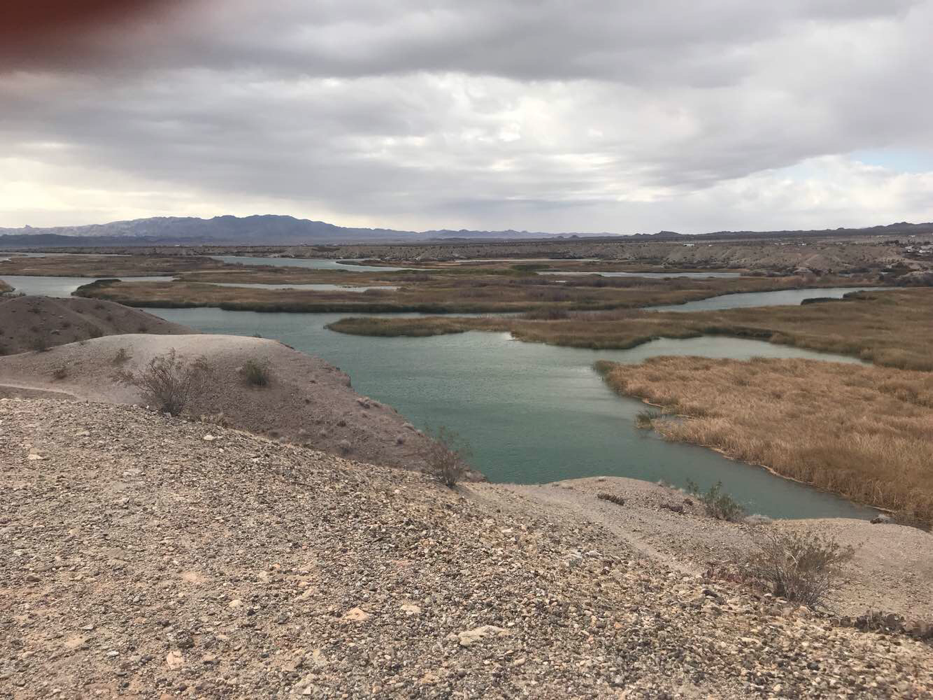 It got cold.  Highs in the 80’s turned to highs in the 50’s with blustery winds.  I decided to tour parts of Lake Havasu.  Playing disc golf, taking photos, and Hiking Sara’s Crack from Sara Park to Lake Havasu.  It’s a 2.5 mile each way in a wash through a slot canyon (Sara’s Crack).
In Sara’s Crack the terrain changes with deposits from runoff.  The last time it was easier to climb through, but this time it was harder.  One place there is a rope affixed to the canyon wall that you use to lower and climb back up on the return.  It is about a 10 ft drop and smooth rock all around.  This year there are 2 other tough places but it is possible to climb, although someone brought and left a piece of aluminum ladder to help in one spot. 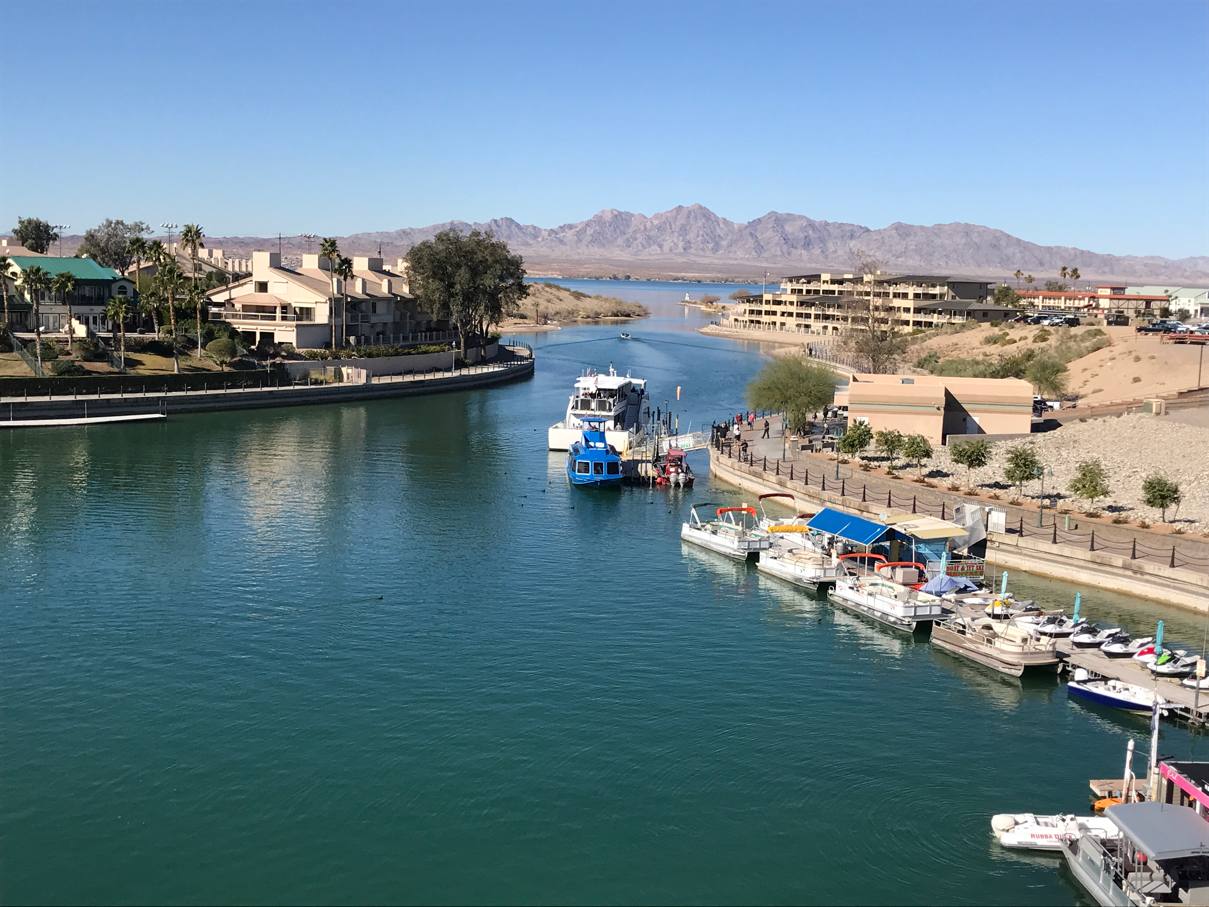 Lake Havasu City is a great place to stop and spend some time.
Brent
macaloney@hotmail.com
Posted by Brent’s Travels at 7:37 AM