As the avid reader you all are that follows blog you know that I only have a general idea what I am going to do the next day and don't make an actual decision on what I will do until that morning.  So this morning's decision was to fix the heater blower problem.
Up and on my way to McDonalds at 6:15 this am and it was cool out at 44 degrees so the heater on the campervan was a good idea seeing I wear shorts and tee shirt each day.
All was good with heat in the camper until I got to McDonalds about 2 miles from the casino where the fan stopped working.
I went into McDonalds and got my morning ice tea and had a parfait today too.  I downloaded mail and podcasts and updated applications that took about an hour.  I then headed to the city park down the road for a diagnostic view of the heater blower problem.
I got out the vehicle manual and found the fuse that controlled the heater motor.
It's the yellow 20 amp just above the center silver breaker. 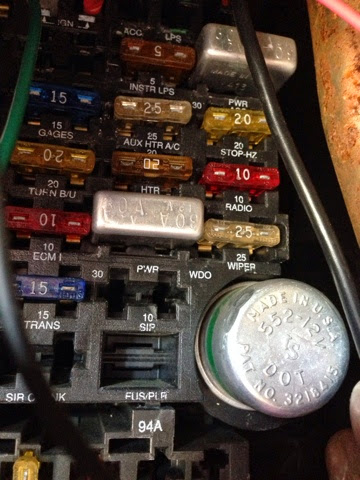 I pulled the fuse and it was deformed and I have seen this before, in my years of electronic engineering work.  This is caused by a poor connector contact.  The failure of the fuse blowing does not cause this.
When you have a poor connection on a high current device like a motor heat develops.  Poor contact was only on the side that heated up andelted the fuse.  In fact a check of all the fuses and all had moved slightly out of their sockets.  It is most likely that this is caused by temperature swings through expansion and contraction of unlike materials over the years. 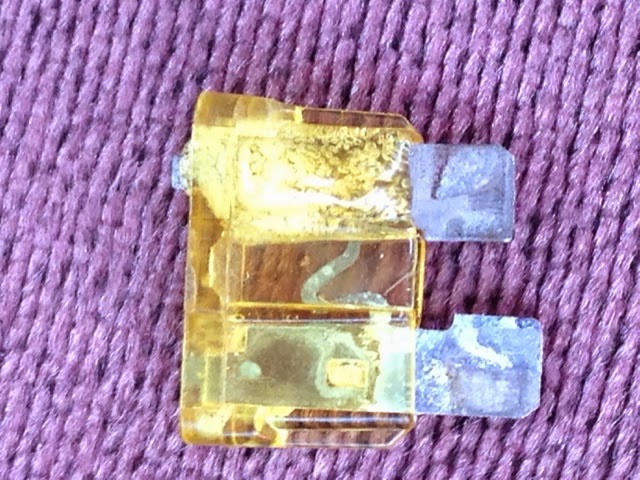 I drove to Auto Zone and picked up a package of two 20 amp fuses.  I drove back to the park and put in the new fuse and pushed in all the rest of the fuses. 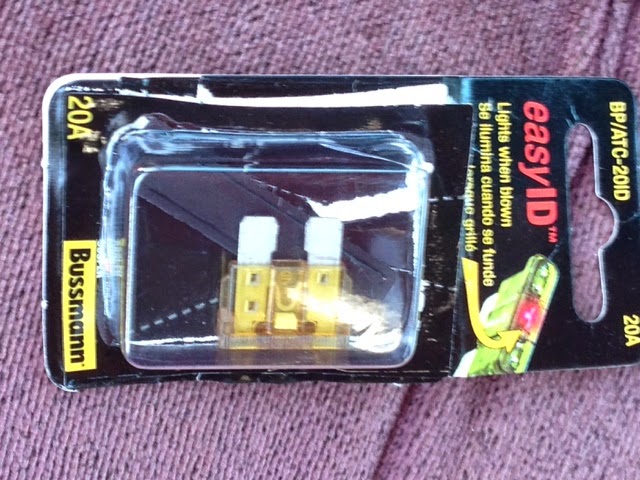 I turned on the ignition and turned on the fan and it didn't work.  Now I had to troubleshoot the rest of the circuit.  I pulled the power connection at the fan motor and had power on my light tester when I turned the fan switch on. 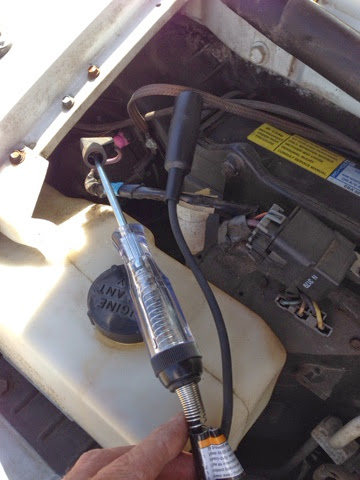 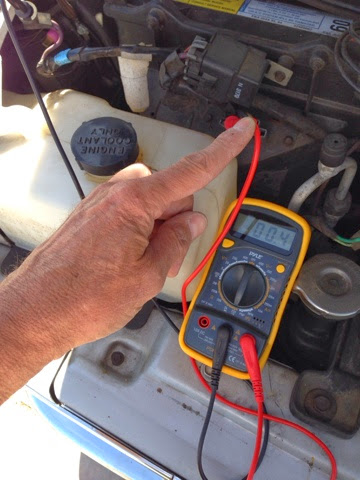 There was no problem with the resistors so on to check the fan.
To get to the fan on the passenger firewall I needed to remove the plastic coolant recovery tank. 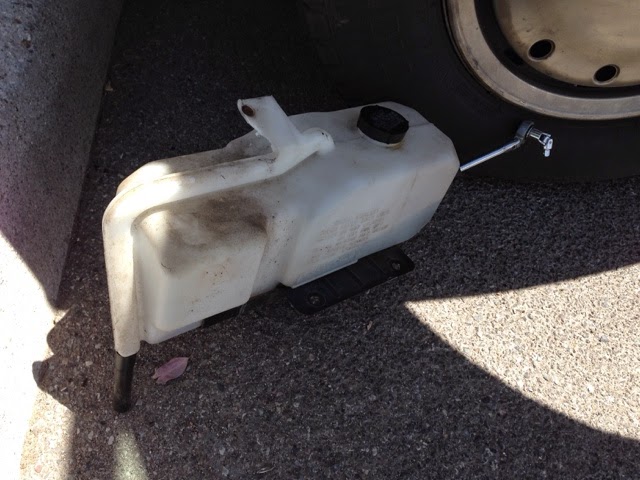 Then I needed to remove the 7 screws to take out the fan. 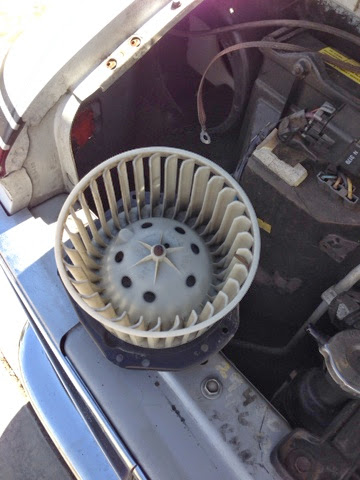 I removed the fan assembly and then spun the shaft to see if it was free to spin.  It turned ok so I plugged the fan assembly back in to the power wires while it was out of the ductwork.  When I turned the power on it worked.
I suspected this as the motor runs on brushes and I would suspect that the high current draw on the fuse that caused the heat also had to put high current across the brushes and where they come into contact with the armature they damaged that spot possibly with carbon or they could be pitted, this not making good contact.
It is also possible that the rotation of the fan over time could clean the spot and the fan could work fine for years or miles to come.  On the other hand when I shut the fan off one day and if it falls on the  spot that was possibly damaged, the fan may not move again.
A replacement assembly costs about $40.00.  I will see how the current fan works as the part is readily available at auto parts stores.
It's now back together and running fine. 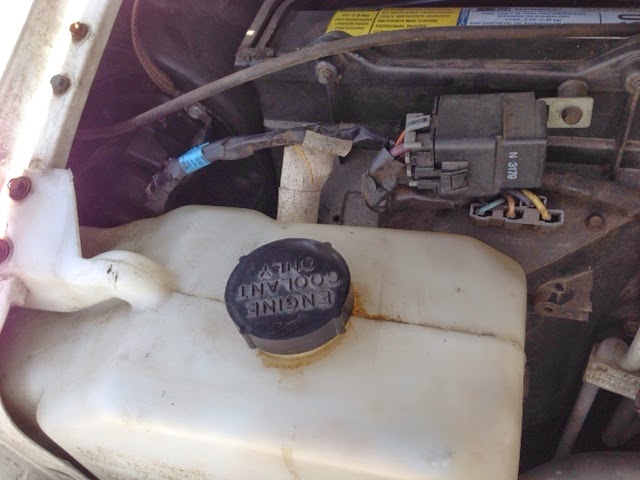 This took the morning and while working at the park's parking lot I met a Tucson transportation worker who was having his lunch at the park.
We had an interesting conversation as he had a Chevrolet van of the same era and he used to do some work on his too.  Being the southwest and no corrosion my 1994 campervan fits in with all the 20 year old pick up trucks, vans and cars of the same vintage that are out here.
Most of the locals that are right where I am staying work on their own vehicles to save cost.  While at the Auto Zone I was surprised by a 40 something guy that was in line in front of me that when asked by the clerk for the next in line he deferred to me and told me he wanted to only deal with a man clerk.
When I went to the woman clerk she said to me "They think that I don't know what they are doing."
What she seemed to mean is that they did not respect her to go to her for assistance.  I told her that I didn't have any problem being waited on by her.  I gather that it is a form of discrimination of her gender happens to her often enough to make her sensitive to the way they avoid her.
I found this interesting as I have never seen this form of discrimination elsewhere.  I take it that this is a Mexican-American male thing and since she is there to provide services to them there is no opportunity to complain to anyone about the situation.  I don't know if this is associated with males older than a certain age group or not but this is the way I assume it occurs,
================
Captain America: The Winter Soldier
I decided this afternoon I would go see The new Captain America movie.  I did not see the first Captain America movie so I can't compare. 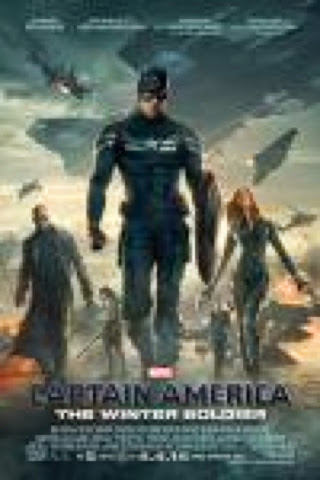 I also listened to a podcast review this evening that was on an NPR too.
I like movies that take me away from my reality and this movie did just that and the 2 hours I watched it the time flew by.
I liked the movie as it is a adventure with conspiracy and excellent special effects that made the experience more real to me.  I saw the 2D version as I find the 3D glasses distracting and I loose track of the film.
I will not give anthimg away, but I didn't care for the end as the interaction of the main characters didn't seem to fit what I expected.
I would give it 4 out of 5 stars.
Posted by Brent’s Travels at 7:21 PM