My long side window on my Fleet shell had a one-piece curtain 52” long.
The problem is that there is too much curtain to bunch up in one direction to allow light in.  The right side as shown below is an escape window that is hinged in top.
The left side has two screened louvered windows, that take up about a third of the total window space.
The curtain isn’t insulated either
The solution is to use the reflective insulation material (InsulShine) I used for my home-made thermal pack to line the curtain.  See my blog post on my thermal pack build http://macaloney.blogspot.com/2018/02/thermal-pack-for-fwc-camper.html?m=1
My front window that faces the truck cab, and the rear door window has the InsulShine insulation from last year modification.  I ran out of time and didn’t get to modify the side window curtain. 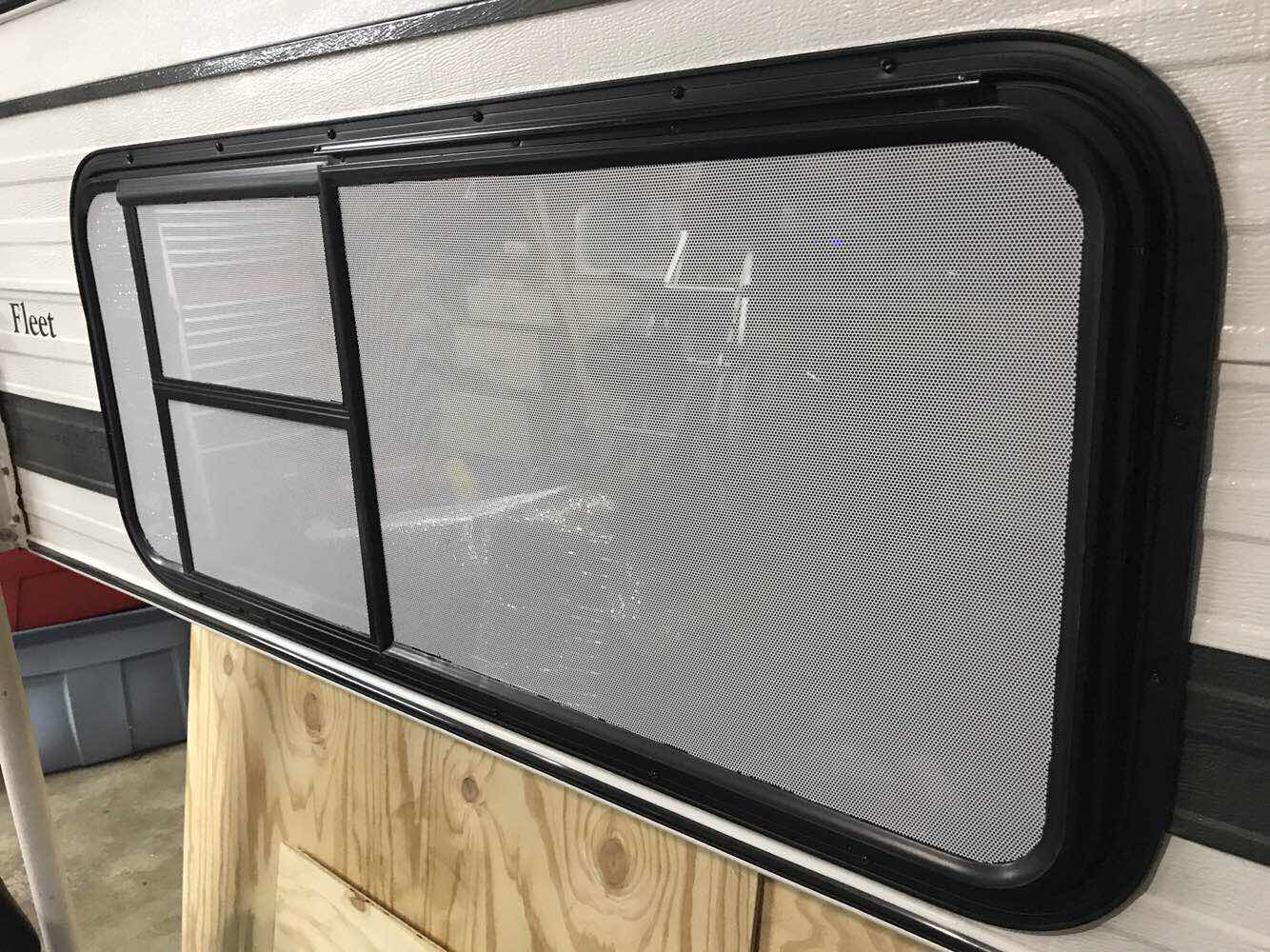 After measuring where to make the split in the curtain, I wanted to have what I call a flap so the curtains overlap.  I sleep on the lower bunk often and when I move I don’t want the curtain to open or separate and allow cold air in.  So, it was important to integrate a flap into the design,

Abovevthe material was cut and Mylar insulation was added.  Last year I stuffed the InsulShine in the window cavity as it wasn’t yet sewn to the curtain.

In the picture above you will see the flap on the long side .  It has 2” Velcro on the other side of the flap.  On the smaller side I have a 1” opposite Velcro so the curtainand flap can stay positively closed if I want to. 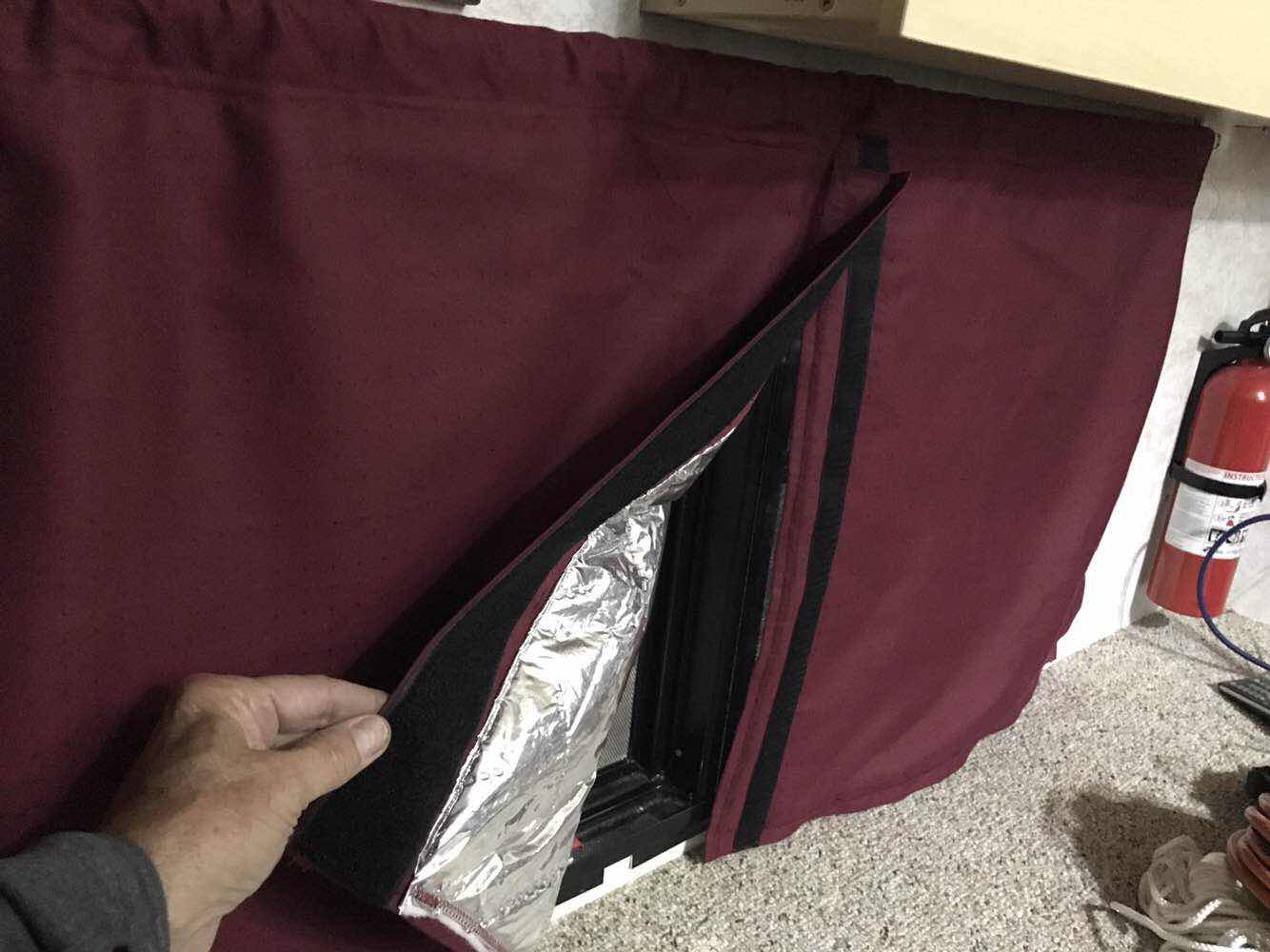 Now the InsulShine instillation is in place.  Visible are the two pieces of the Velcro that keeps the flap together. 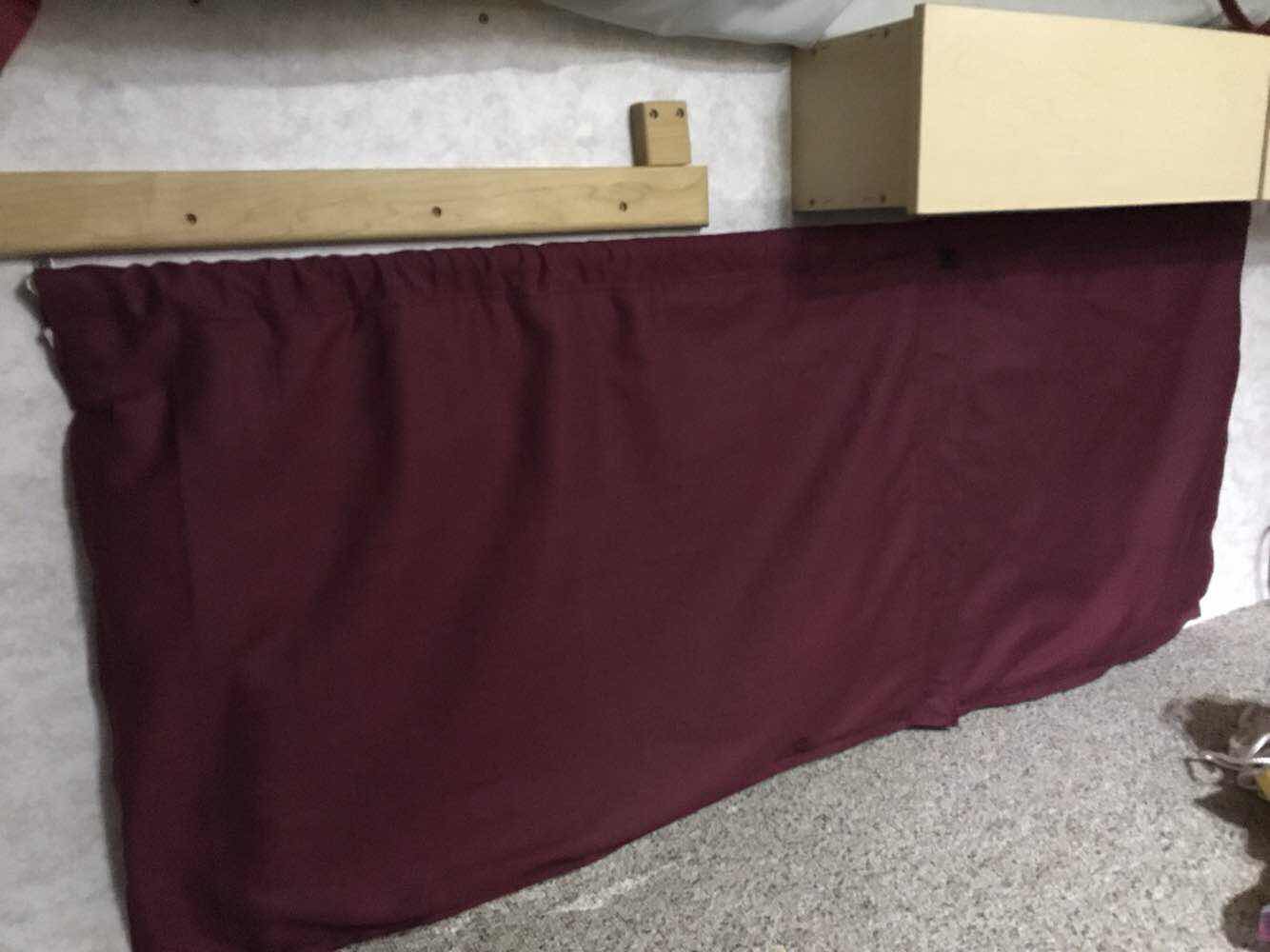 Now with curtain completed and installed with flap Velcro’ed together it looks like one curtain again, but now I can open the louvered windows and open just that side to let air to flow in.
Brent
macaloney@hotmail.com
Posted by Brent’s Travels at 6:59 PM