Shore Power For My FWC Fleet 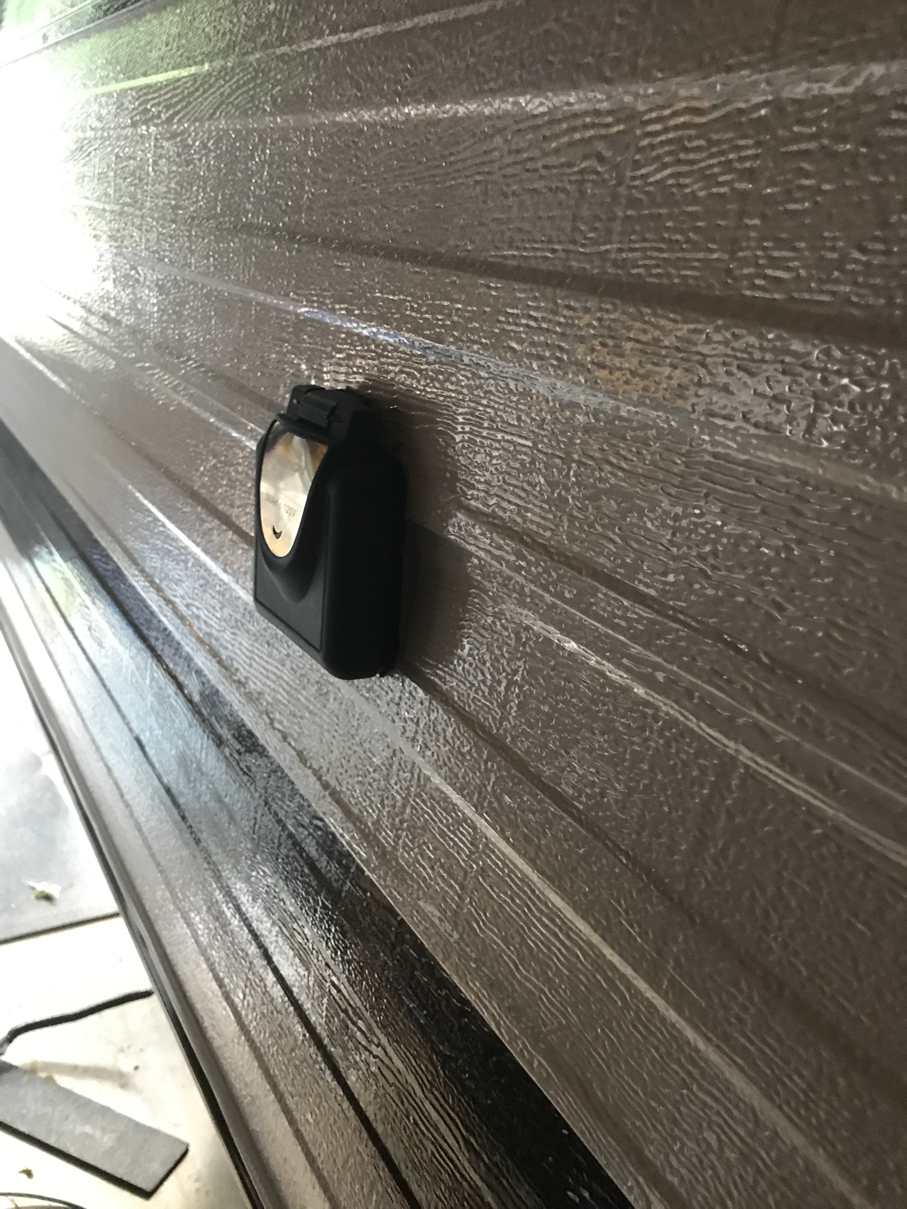 I need to first paint a picture of what my camper shell had for power.  It only had a AGM battery tied to the previous owners truck’s charging system through a charging isolator that FWC uses.  There will be more on this in another post, but I did not have that charging circuit on my Tacoma.
The reason I bring this up was that the camper came to my house and came off my truck and sat in my garage for its conversion into my camper.
This meant I wanted to use the campers ceiling lights but had no good way to charge the AGM battery.  There was also no shore power for running tools or charging things.
Before I installed the solar charge controller for the solar panel, I mounted in the previous post, I needed shore power.  I had a goal to install the items that FWC would use for shore power, so it was time for an email to FWC.  I wanted to know where to put the hole in the outside of the camper to mount the recepticle they supplied me.
They had no guidance other than to tell me to rip open the wall by removing the inside paneling. 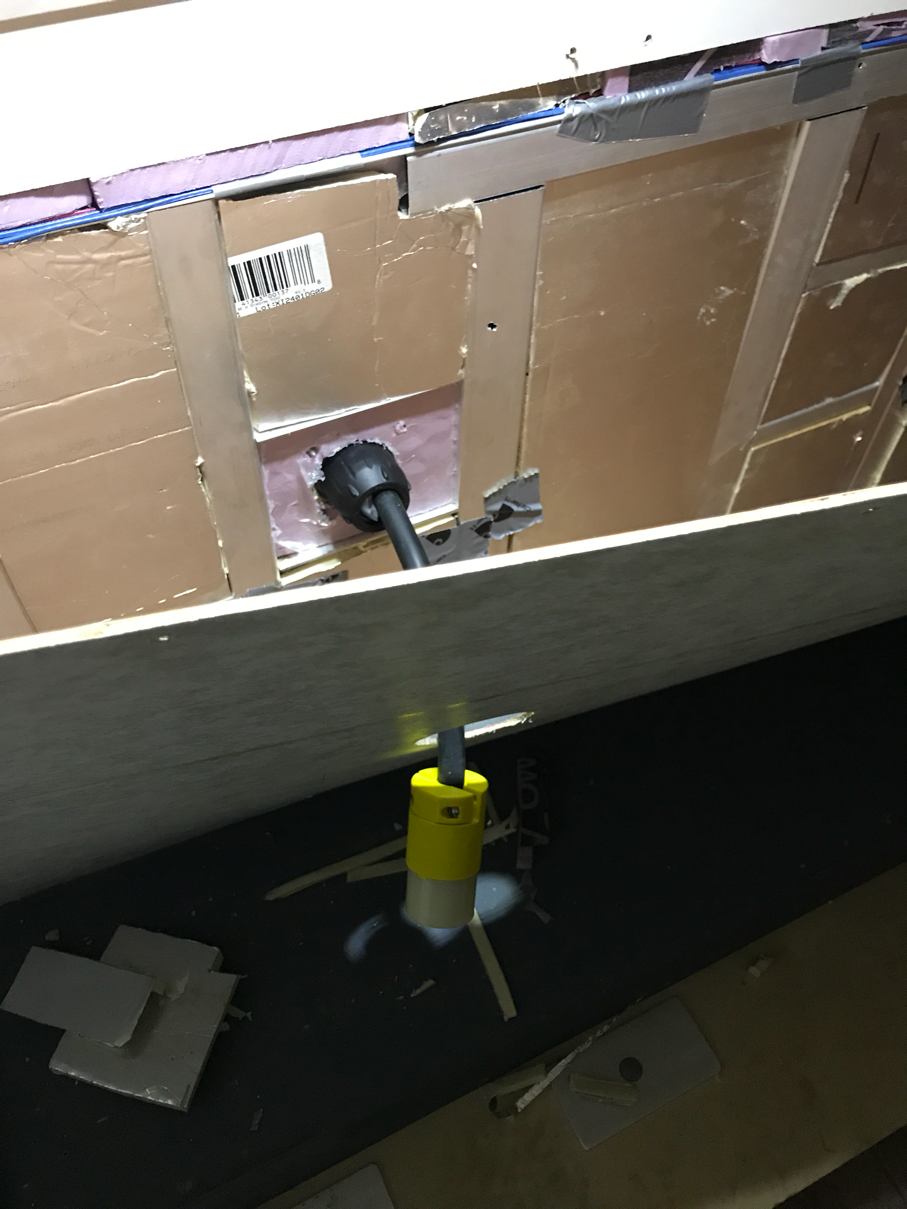 The task of finding the location for the power recepticle involved removing the cabinet system First and then wall covering to expose the wall supports.
What I found was the mounting location of the receptacle, but also missing and limited insulation.  My above picture was after the recepticle was installed and 1/2” foil insulation that I added to fill voids.
I applied twist lock power cord ends to make wiring to the camper easier. 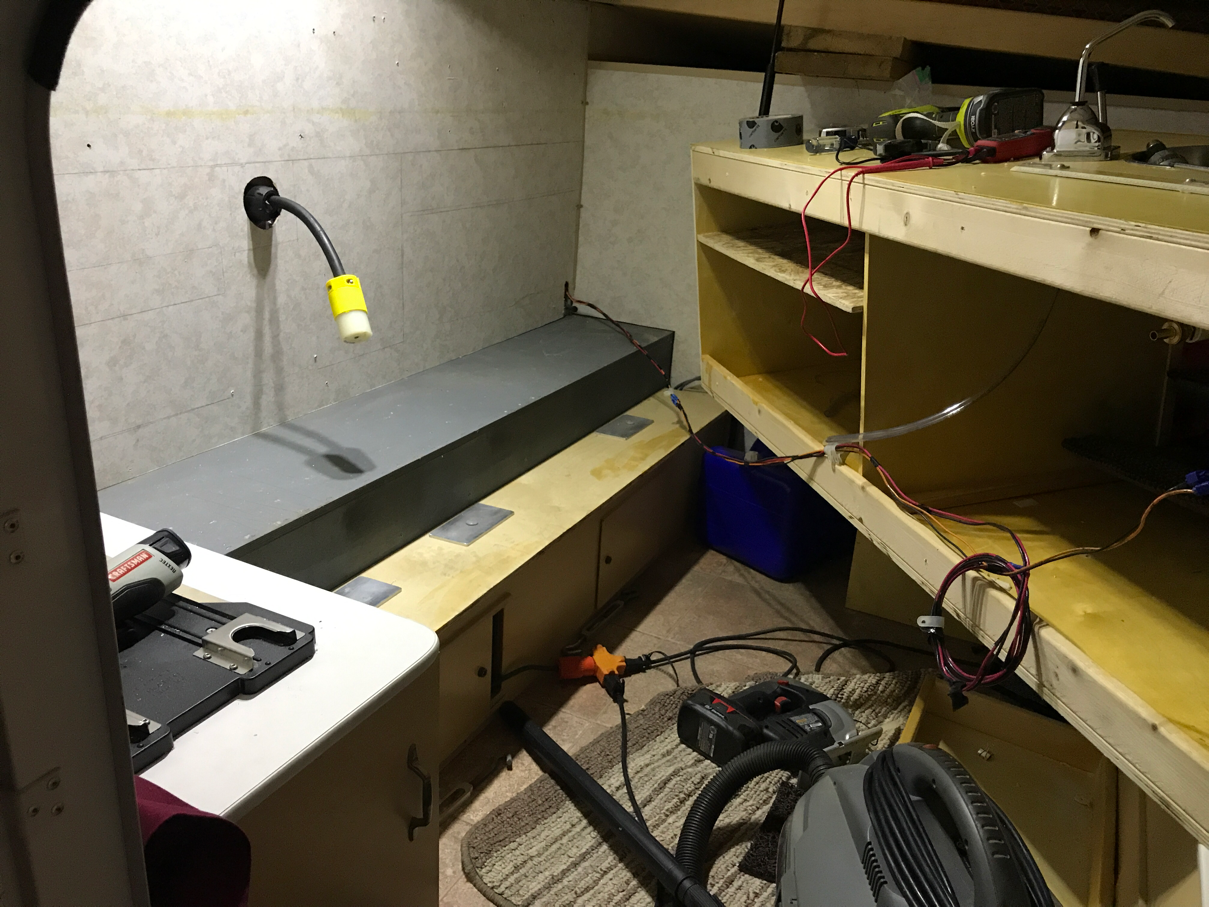 Above shows the power cord coming in and cabinet to be put back in place. 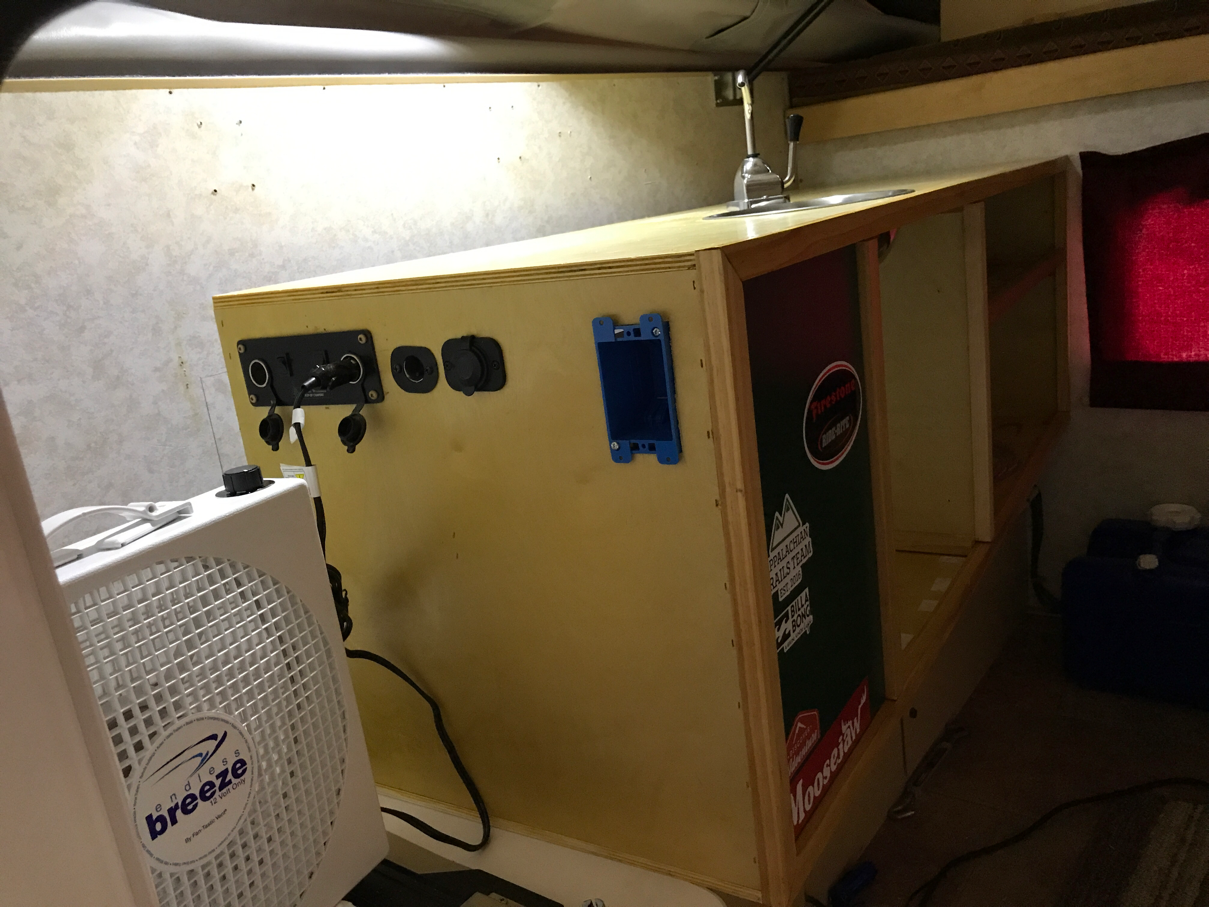 After getting the cabinet back where it belongs I added a few circuits.
To the left the two cigarette outlets were tied to the original AGM battery and stay that way for now.  It was used to power the fridge of the previous owners.  I will review later.
To the right of it is a proprietary outlet for the Engel compressor fridge.  This allows the removal of the cigarette plug and screw in the Engel cord for a better connection that will not vibrate out.
Next is a dedicated 12 volt cigarette outlet for my RoadPro hot water pot or my 12 volt rice cooker.
Lastly, I wired in a 120 volt shore outlets. Inside the cabinet where the 30 amp shore power comes in I put in a circuit breaker box.
Here I am wiring a quad outlet box for 2 duplex outlets to power items inside the cabinet.  This will include powering the 120 volt LiFePo4 10 amp charger from my Prius.  Another breaker powers the outlet on the outside of the cabinet wall in the previous picture. 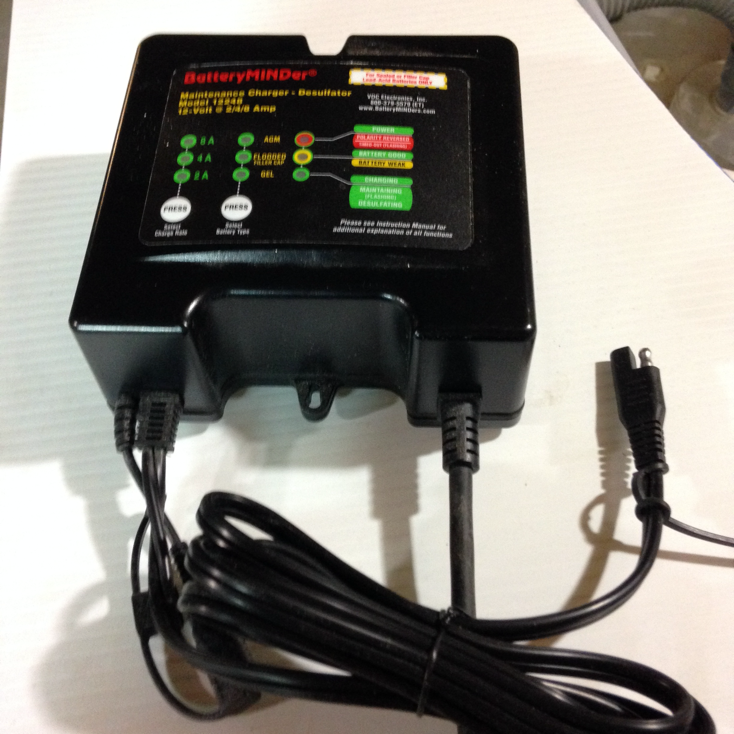 I would charge the AGM battery all summer with the the multi-chemistry lead acid battery charger I had from my first two years of Prius travels until I converted the AGM circuit over to LiFePo4.
The above allowed me to work on the camper all summer and into early winter by not only running tools but also running an electric heater when it got cold.
A lot more 12 volt circuits will be added which I will cover in later posts.
Brent
macaloney@hotmail.com